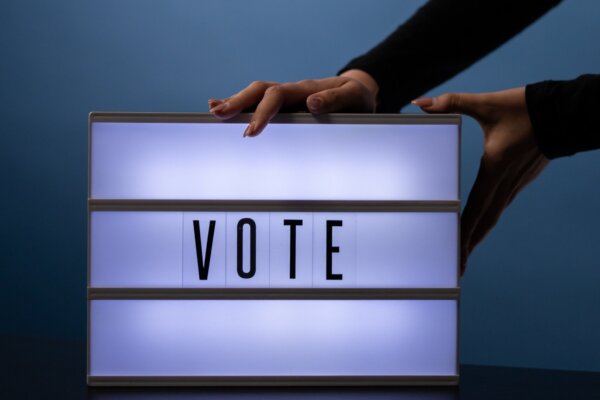 The Guild is holding a referendum, from 9am on 25th April – 2pm on 27th April. They’re asking students whether the Guild should support the Boycott, Divestment, and Sanctions (BDS) Movement.

By now, you’ll be used to voting via the Guild’s website, as you did in the Student Officer elections. This referendum is another chance to exercise your democratic rights, as a student.

A student initially proposed the idea, via ‘Change It‘ – the Guild’s submission portal for student feedback, campaigns and ideas. You can read the original idea submission here.

The anonymous student’s campaign suggestion forms three parts: firstly, the motion they wish to put forward; secondly, the reason why; and thirdly, the action they’d like the Guild to take as a result.

Why is a Referendum Happening?

After submission, the idea was discussed at the Guild Summit – a randomly chosen selection of 50 students – on 8th February. At that meeting, the attendees didn’t reach a consensus on the matter. As the opinion of the Guild Summit was divided, a cross-campus ballot will now be held. This enables all students to express their views. In this referendum ballot, at least 3% of all students must vote, for the result to be valid.

When is the Referendum Happening?

The vote was originally scheduled to take place alongside Student Officer Elections in March. However, the decision was made to move the vote dates to 9am 25th – 2pm 27th April. In this period, you will be able to vote on the Guild’s website, for the following question:

Should the Guild adopt the proposal ‘The Liverpool Guild of Students to support the Boycott, Divestment, and Sanctions Movement’?

As the vote is a referendum rather than a preferendum, you have two options to choose from as your response:

The results will be announced on Friday 29th April.

Advice for Students and Societies

There are two campaign teams – one for each option on the ballot – whose statements you can view here. The teams received campaign training and attended a briefing on Friday 11th March. The Guild provided staff guidance, support and resources to the campaign teams, fostering a positive, engaging campaign experience. Students are welcomed and encouraged to get involved by the Guild (as per their 12th April email).

As a society, you can state your position on the referendum, if the issue falls clearly in your society’s purpose. If asked, your society should be able to justify how taking a position fits with this purpose.

Due to the sensitive nature of this topic, the Guild will be offering support to all students and campaigners throughout the referendum and following the vote outcome. There is a range of services you can access through Guild Advice and the University Wellbeing advisers. All support details can be found here.

Cover photo by cottonbro from Pexels.