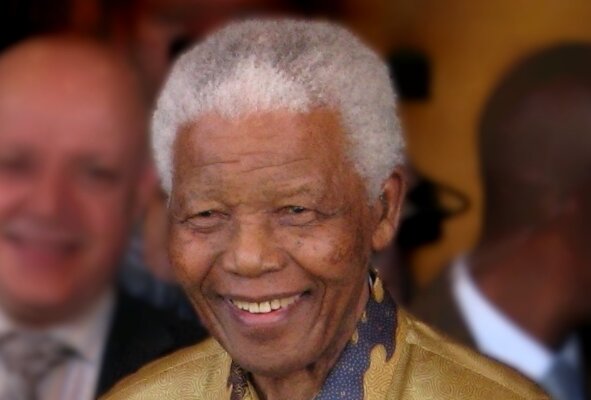 Toxteth, known as Liverpool 8 (L8), holds Nelson Mandela as a significant role model. Mandela8 is working to establish a permanent artwork; a unique performance, conversation and contemplation space, on the man-made island in the Princes Park lake.

Nelson Mandela’s daughter, Dr Maki Mandela and his granddaughter, Tukwini Mandela, will officially open the bridge and memorial dedicated to Mandela this July.

The project will share and conserve both historical and contemporary heritage. Supporting community development and cohesion, Mandela8 will host a series of creative commissions and collaborations. There will be educational engagement opportunities, encouraging participation of the wider community.

The artwork will enhance the experience of this unique place, for all the communities of Liverpool; many of whom contributed to the development of ideas and designs. The piece will become a significant and renowned landmark for the City; celebrating, commemorating and pursuing the legacy of Nelson Mandela’s outstanding achievement for humanity.

It is an honour beyond words to have both Maria and Wally join us as patrons. They are people Mandela8 holds in high regard and are an example of what good Black role models look like. We are truly grateful for leaders like Maria and Wally. Growing up they were my role models. They paved the way to show me and others… we could aspire and in a community that is oppressed that is so important.

Whilst they have not always been visible in the work of Mandela8, they have both guided and supported the organisation behind the scenes from the beginning, so we are extremely excited to now to see them at the fore.

Maria was born into a Catholic Black family in Liverpool. Committed to racial justice and equality, she maintains an active interest and involvement in social justice, human rights and politics. An activist from a young age, Maria has led many demonstrations tackling racism, police brutality and fighting for social justice.

From 1979 to 1989, Maria worked for the Commission for Racial Equality and became a Senior Community Relations Officer. She fought for the rights of people arrested as part of the 1981 Uprisings, on the Liverpool 8 Defence Committee. From 1989 to 2002, she was a Coordinator in the L8 Law Centre, providing legal and quasi-legal services. The Law Centre was a pinnacle resource in the community, bringing legal and social justice assistance to the marginalised community.

I can think of no higher honour than to be a patron of a legacy left by Nelson Mandela and built on by Mandela8, supported by his daughters to educate young people with the skills to uphold racial justice and equality.

Wally was born in Liverpool 8. As a Youth Leader at the Methodist Centre, he became one of the most respected men in the L8 community. During the Lord Gifford Enquiry, he mediated between the community and authorities, during the 1981 Uprisings.

Wally was the first Black person to chair the Merseyside Community Relations Council. Principal of Liverpool Community College, he transformed its portfolio and access for people from diverse backgrounds. He was awarded Commander of the British Empire (CBE), for services to education, in 2002. In 2012, Wally received the Freedom of the City, an honour he accepted as a figurehead for all the people he has worked with and the community of Liverpool 8.

It is a great honour to be invited to become a Patron of Mandela8. I have long admired how Sonia and her Board have nurtured the seed of Mandela8 to become what it is today. I look forward to working with Sonia her board, patrons and all those involved; to help Mandela8 continue to grow, influence and educate.