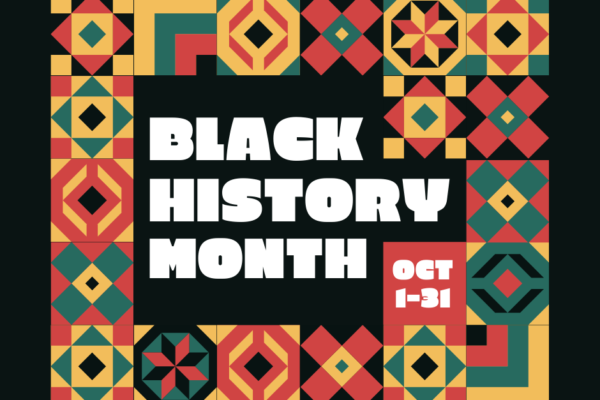 Black History Month is here and in full swing across Liverpool! People are experiencing all the city has to offer, in what has been a historic year.

Joanne Anderson became not only Liverpool’s first female leader but also its first black Mayor – and the first in the entirety of the UK. Describing herself as a “proud black, working-class scouser who loves our city and its people”, Joanne was elected as Mayor in May 2021.

This year also marks the 40th anniversary of the 1981 Liverpool 8 Uprising. Known as the Toxteth riots, the retaliation was against social problems, such as poverty and deprivation and the ongoing racist policing, brutality and racism faced by the largely black population of L8.

We reached out to Student Officer Jamilia, for her take on the month and whether enough is being done to raise black voices to the forefront of our society or Black History Month serves only to highlight that black voices are often negated throughout the rest of the year.

Although Black History Month was supposed to be introducing a legacy of black appreciation, it still remains the only time black people are recognised. That is why I am ensuring that in the Guild, appreciation of minorities extends beyond a month but rather is engrained in every part of our society.

Jamilia Kwajah-Ellimah – Vice President of the Liverpool Guild of Students

Recent spates of media coverage surrounding inequality include the deaths of George Floyd and Breonna Taylor, creation of the Black Lives Matter movement and ongoing racist abuse in football. It can be considered that Black History Month is a good antidote to the litany of negative stories, instead highlighting black culture and the abilities of black talent.

Whilst the Black Lives Matter movement has sparked a fire to progress as a society, I fear that the quietening of loud injustices of police brutality and systematic oppressions has allowed for complacency, in the fight for equality. Black injustices don’t end just because they are no longer on the news, so Black History Month allows us to acknowledge that we still have a long way to true equity but also celebrate the beauty of black culture.

Jamilia Kwajah-Ellimah – Vice President of the Liverpool Guild of Students

Events to celebrate the month have been planned by several societies, with the Afro Caribbean Society having held discussions and the LGBT+ Society having had a mixer focusing on inclusivity of queer black individuals. This month also saw the first BAME (Black, Asian and Minority Ethnic) Students’ Forum, discussing issues that affect BAME students at university.

The Book Society also launched a monthly theme around BHM, with books to challenge your comfort zone and allow you to discover black voices in literature. These are: The Colour Purple by Alice Walker, Shallow Waters by Anita Kopacz and State of Emergency by Tamika D. Mallory.

Jamilia chaired a panel talk on Strong Black Women, an engaging discussion on the black female experience. With first-hand accounts of experiences navigating society as black women, discussing a wide range of topics.

2nd Nov 9pm-2am (Stanley Theatre at the Guild) Rum & Coke: Club Night – An unmissable night celebrating black music, from Black British to Black American to Afro-Caribbean, with the best DJs from across campus and the city.