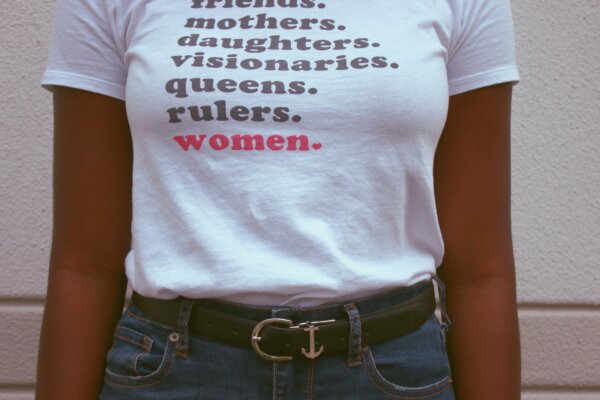 Women’s History Month 2022: Celebrating Some of the Most Influential Women in Politics

March is Women’s History Month. Based around International Women’s Day, which is celebrated annually on March 8th, it’s a chance to highlight the power of women and fight for women’s equality.

This Women’s History Month, we look into some of the most influential women in government and politics around the world. Many of these women have been instrumental in their field and have changed politics for the foreseeable future.

Some called her the world’s most powerful woman. Others, a savvy power-player who made very educated decisions in politics. She was the first woman to head the German government and became well-equipped in a world led by men; despite multiple situations in which she was made to feel uncomfortable, due to sexist behaviour.

Rather than rising to power through the means of family members in politics, she used her own abilities. She rose through the ranks and become Germany’s first female Chancellor in 2005. After 16 years in the position, she stepped down in 2021, with a whole generation of German people only knowing a Germany under her policy.

Men and women are equal. In this sense, today I can affirmatively say: I am a feminist.

As Vice President under President Joe Biden’s administration, Kamala Harris has achieved many things. Her multi-cultural heritage has given her the titles of the first Black woman and first Asian-American to be chosen as a Vice Presidential running mate in a major American election. She was also the first woman, and first Black and South Asian-American to be elected California’s Attorney General.

One of her biggest accomplishments was the creation of ‘OpenJustice’. This online platform enables the public to see criminal justice data. It has helped increase the overall accountability of police, collecting data on injuries and deaths of those in police custody.

I was raised that when you see a problem, you don’t complain about it. You go and do something about it.

Kamala Harris, Vice President of the United States of America.

Elected into parliament aged just 26, Zarah has been making sure her voice is heard. She has shown herself to be an MP that doesn’t back down, especially in parliamentary debates. She refused to withdraw comments of calling ministers ‘dodgy’ at least 3 times and maintains she didn’t retract the claim.

Sultana is also particularly keen to highlight issues like unaffordable rent, the precarious job market, and climate change. Additionally, the recent rise in MPs salaries has has spurred Zarah to donate the difference to foodbanks and charities. She has been referred to as one of the British Left’s next great hopes. Others have called her the British equivalent of Democratic politician, Alexandria Ocasio Cortez. Listen to her maiden speech in the Houses of Parliament here.

In ten years time, at the start of the next decade, I want to look teenagers in the eye and say with pride: my generation faced 40 years of Thatcherism and we ended it, we faced rising racism and we defeated it, we faced a planet in peril and we saved it. We have our work cut out, but together we can do it.

The first female (and first unmarried) President of Taiwan, Tsai Ing-Wen has had her fair share of setbacks. She took part in many national and regional elections which didn’t prove fruitful until 2016. Since she came into leadership, Taiwan’s slow-growing economy has surpassed that of other Asian nations like South Korea.

In 2020, she won a second term with a 57% majority. In doing so, she continued her campaign to ensure Taiwan maintains independent from China, with talks on free trade deals with the US.

The greatness of this country lies in how every single person can exercise their right to be himself or herself.

Originally from Thailand, Tammy Duckworth was a member of the Army Reserve Officers’ Training Corps (ROTC). In 2004, she was called into active duty in Iraq where her helicopter was shot down. Consequently, Duckworth lost both her legs and partial use of her right arm. She later became the first US Senator born in Thailand.

Her abilities in politics have enabled her to implement many services for army veterans, including first-in-the-nation programs to alleviate suffering from PTSD. She has also devised laws to make workplaces more family friendly and to make travelling easier for mothers and people with disabilities.

I could have died. And I just had to do more with my life.

This list is certainly not exhaustive, however. Throughout the centuries, there have been many women who have fought to create better futures for their female counterparts. It is always important to remember that in some nations, women are still struggling to be granted basic human rights. Many events have taken place for society to reach its current point but there is still much more to do.

Women’s History Month is a time to celebrate the contributions they have brought to society. Politics is an area that has seen immense change. There are many more women in political positions: 25% of all national parliamentarians are women, a steep increase. The women mentioned here, as well as many others globally, are showing young girls that women of any background can, and do, change the world!