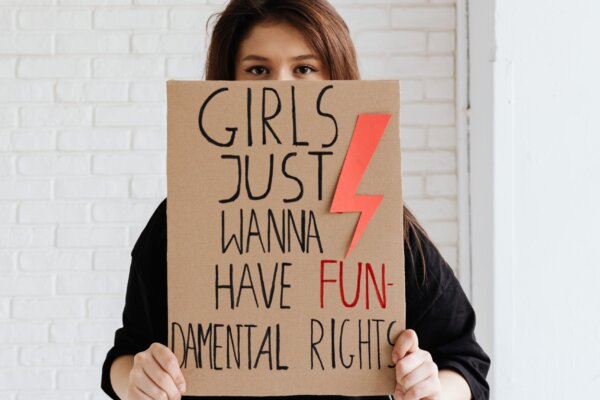 March 8th is International Women’s Day. On this day, the world unites to celebrate the social, economic, cultural and political achievements of women from across the globe. Not only this, but the day is a rallying cry for action, encouraging people to fight for gender equality! As the day unfolds (against the backdrop of Women’s History Month), activities are run by groups worldwide, to celebrate women of the past and present. Fundraising for female-focused charities and lobbying for gender parity, International Women’s Day encourages forward progress.

International Women’s Day has been celebrated since 1910, officially taking place every year on March 8th since 1913.

The push for women’s equality began in America, in 1908, with 15,000 women marching through New York to demand shorter hours, better pay and voting rights. In 1910, a second International Conference of Working Women was held in Copenhagen. A German called Clara Zetkin (Leader of the ‘Women’s Office’ for the Social Democratic Party) first suggested an International Women’s Day, to press for their demands.

On March 8th 1914, there was a march in London. Famous suffragette Sylvia Pankhurst was arrested in front of Charing Cross station on her way to speak in Trafalgar Square. The colours of International Women’s Day are aligned with the Women’s Social and Political Union (WSPU) for whom she worked and campaigned. Purple signifies justice and dignity, green symbolises hope and white represents ‘purity’.

This year, the theme for the day is ‘Break the Bias’. Bias can be deliberate or unconscious. It means people are inclined to think less of women and their capabilities. Then they act in ways which are prejudiced against them. For example: assuming that women are primary caregivers for children, that women are too emotional or that men make better political leaders.

An article by The Guardian in 2020 states that 9 out of 10 people are biased against women. Whether on purpose or not, this bias makes it difficult for women to move forward. Many of us have seen this in action, either overtly or through micro-aggressions. However, mainly because of this exact bias we face, most women don’t call it out when it happens. The campaign this year calls for people to take action; for men and women to actively call out gender bias, discrimination and stereotyping.

There are events happening across the month of March to support and celebrate women. You can attend events, talks and gigs for a good cause. Most importantly, you can spread the word and encourage your friends to #breakthebias.