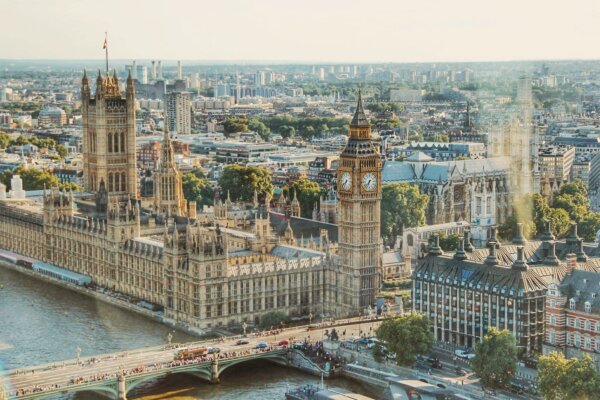 The Future of Britain, Under the Leadership of Boris Johnson

From unfulfilled Brexit promises, to repeated restriction violations throughout pandemic lockdowns, it is easy to see why faith in Boris Johnson is dwindling.

Elected in 2019, he has already faced many a call to resign. Taking the position after Theresa May stepped down, due to failures in procuring a useable Brexit deal, this precedent to Johnson’s party leadership, as well as his political opinions, have put into question the state of the future economic system of the UK.

During June of 2016, the UK underwent a Democratic Referendum to vote on it’s position in the European Union (EU). A country that had been a member state of the trading bloc since 1973, it came as a historic event when the majority of the UK population voted to leave. Nearly all English and Welsh regions backed ‘Leave’, whereas the entirety of Scotland and most of Northern Ireland voted ‘Remain’, according to this map of the UK.

With the country’s change in political leadership, the Conservative Party adjusted their policies to become more Brexit-based. Boris Johnson’s Guarantee consists of:

Boris Johnson and the Decisions he’s Made

Each of the promises made by the Conservative Party would, and will, take a lot of commitment to fulfil. Let’s take a deeper look into some of the decisions Boris Johnson has made, as Prime Minister of Britain.

Since 1911, National Insurance (NI) has been paid by workers and counts towards the entitlement of state benefits and pensions. The amount paid depends on the earnings of employees, employers and the self-employed. Increases in NI mean that a part of the money will be used to cover some of the surging costs for the NHS, that have resulted from the coronavirus pandemic. It’s understandable that Covid-19 was unprecedented. But as a core policy of the Party’s Manifesto, keeping NI at a fixed rate is a promise unfulfilled.

The UN COP26 Climate Summit saw the UK become the first major economy to commit in law to be net zero by 2050. Business and Energy Secretary Kwasi Kwarteng stated:

There is a global race to develop new green technology, kick-start new industries and attract private investment. The countries that capture the benefits of this global green industrial revolution will enjoy unrivalled growth and prosperity for decades to come – and it’s our job to ensure the UK is fighting fit. Today’s plan will not only unlock billions of pounds of investment to boost the UK’s competitive advantage in green technologies, but will create thousands of jobs in new, future-proof industries – clearly demonstrating that going green and economic growth go hand in hand.

The government have laid out clear plans to combat climate change. But is it following schedule? The biggest contributors of greenhouse gases are transport and energy supply. From 2030, there will be a ban on new petrol and diesel cars. By 2035, 100% of the UK’s electricity will come from renewable sources. More investments have also been pledged for carbon capture and storage hubs. However, Boris Johnson approved a new coal mine in Cumbria, suggesting climate change is not a priority for UK government. Since then, the Prime Minister has faced backlash over this decision with the council agreeing to reassess the plans.

Investing in education and young people

Recently, the government has made moves in education, setting aside an additional £4 billion in 2021 to invest in schools and ‘level up’ opportunities for young people; including an extra £1 billion for those with special educational needs and disabilities. It will also aid with the ability to keep up with operational costs like teacher training and educational materials.

To tackle the 55 areas of education identified as needing improvement this year, retention payments will be made to the best teachers in prioritised subjects. Support will also be provided for issues like attendance. A ‘National Youth Guarantee’ will ensure that every young person in England can access regular clubs and activities.

Raising our expectations and aspirations for children, as well as creating a high-skilled workforce, will end the brain drain that sees too many people leaving communities to succeed. These plans will help create a level playing field and boost the economy, both locally and nationally.

The Kickstart Scheme is a government programme, for 16-24 year olds. To qualify for it, candidates must be in receipt of Universal Credit. Placements are 6-months long and offer young people paid work and a pathway into a career of their choice. For more information, take a look at this website.

Suffice to say, the Conservative Party have attempted to fulfil at least some of their promises. However, following scandals, like Downing Street lockdown parties and Brexit spending propaganda used to endorse the ‘Vote Leave’ campaign, the future remains uncertain. It’s clear there is still a while to go, before people consider the current leadership trustworthy.

Take a look at this article for more information on sustainability.