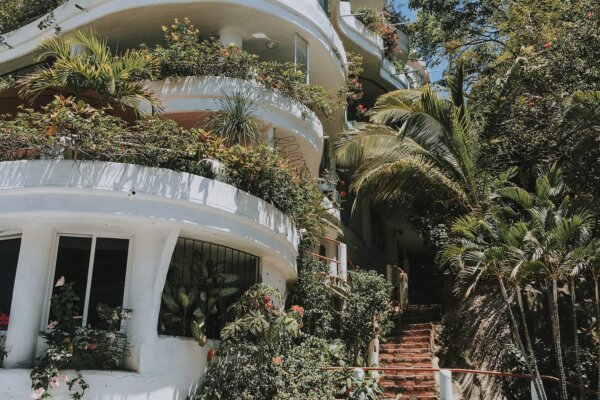 Solarpunk: Optimism for the Future?

We have probably heard some of the projections for what the future will look like. This could be in media, books, games, anything with some sort of story or talk of the future in. Dystopian settings in literature have, a lot of the time, painted a very gloomy and dark picture of what the world will look like 20, 30, 40 years down the line. Cyberpunk and steampunk have shown that there is not much faith that humanity can change from its current direction. That is without a huge collective movement of people changing their ways. But we must acknowledge the ever-encroaching issue that is climate change. We have been seeing some changes recently.

The COVID-19 pandemic showed us what humanity can do if for a common cause. During the various lockdowns in multiple countries all over the world, emissions reduced drastically. In the UK, road traffic fell by 70%. Industrial emissions in China fell by 18%. Seismologists detected much lower vibrations from ‘cultural noise’ than prior to the pandemic.

One thing we are slowly seeing more about in the media is solarpunk.

Solarpunk is similar to the settings of cyberpunk and steampunk. They share themes that are often talked about in relation to possible future directions for humanity. But unlike its counterparts, solarpunk has a much more optimistic view of the future. A term created in 2008, it stems from art movements. These combine the successful integration of sustainability from humans with technology and nature. Eco-friendly architecture and green city planning are the outcomes of it.

Some say that solarpunk is the best alternative future we have that allows us to preserve a lot of what we care about on Earth. Others say that solarpunk is realistically the only solution to the situation we have put ourselves in regarding climate change. It’s radical, but not impossible.

There are multiple buildings of solarpunk architecture that have already been constructed. Hanoi, Vietnam, hosts the VAC Library that acts as a climbing frame for children. It uses solar powered aquaponics to house vegetables, koi carp and chickens. The Koi Cafe, also in Hanoi, keeps a fish pond, indoor waterfall and a rooftop vegetable patch with a self-sustaining eco-system. Gardens by the Bay in Singapore uses engineering and architecture to grow plants from around the world in the tropics. A small neighbourhood of houses built in water forms the Schoonship in Amsterdam. They are connected by a smart grid from which residents can trade energy with blockchain technology.

There are so many possibilities that incorporate solarpunk. It could be a way to combat climate change and further architectural engineering for the future.

A solarpunk future is possible. Some of the technologies important to the movement are already in existence. For example, renewable energy such as wind and solar power is a growing industry. In 2010, wind and solar power combined made up 1.7% of global electricity. By 2020, this had soared to 8.7% with 165 countries implementing the means to increase renewable energy. Some countries are already aiming for 100% renewable energy sources. These include Albania and Norway, and Iceland has already achieved it.

As we now know, there are numerous constructions all over the world pertaining to solarpunk. The creation of more buildings and concepts will continue. Vincent Callebaut’s ‘Hyperions’ is a sustainable eco-system said to resist climate change. It aims to combine archaeology and sustainable food systems in a construction of residential and office spaces.

More constructions and ideas like this could change the direction we are currently heading in for the future. The media have had at their forefront cyberpunk and steampunk; the same attention should be given to solarpunk.