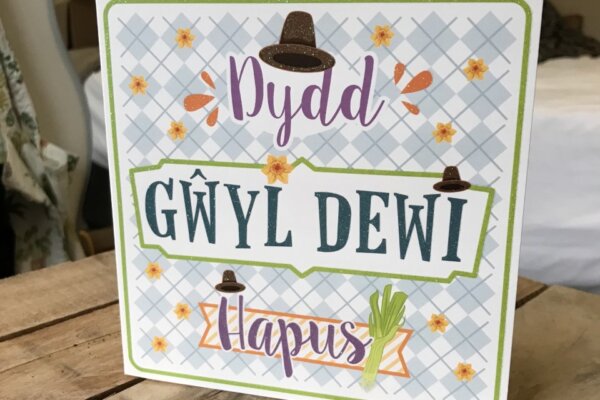 ‘Dewi Sant’ or ‘Saint David’ is the patron saint of Wales. He died on March 1st and so St David’s Day celebrates his life and Welsh culture as a whole.

Dydd Gwyl Dewi Sant is full of celebrations, including dressing up and eating Welsh traditional foods.

I may live in Liverpool now but I’m a Welsh gal at heart. I’m going to be having a lowkey celebration with my housemates. Sorry, you’ll be seeing no pictures of me in traditional welsh-lady dress!

Around springtime, you’ll see the ground smiling with yellow flowers. The daffodil is a national symbol of Wales. On St David’s day, people will wear pin Daffodils (real or paper/felt) to symbolise national pride.

Felt leeks can also be worn (not real ones this time because that would stink!). There are many stories that link Wales to the leek.

While in battle with the Saxons, it is said that St David advised his army to wear a leek, to distinguish themselves from the enemy. This continued into the Hundred Years War, in which soldiers would put leeks in their caps and also wear a green and white uniform.

Additionally, leeks were supposedly given as rations to Welsh soldiers. The leek is now commonly cooked into leek soups on St David’s day. I’m going to make myself and my housemates some leek and potato soup and here’s the recipe I’m using:

I’ve also bought some Welsh Cakes for my housemates. These ones are my favourite:

They literally only cost 85p in ASDA!

I usually eat them toasted with butter but you can eat them cold or plain aswell.

Not to everyone’s taste but another yummy and popular Welsh cake is ‘Bara Brith’. It translates to ‘speckled bread’, i.e. fruit cake.

Check out the rest of our articles here!