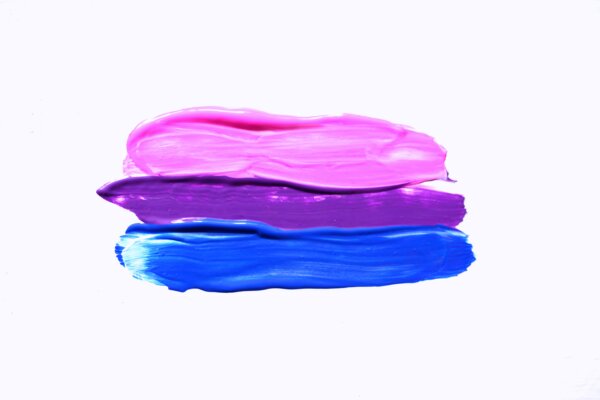 LGBT+ in Conversation: The Letter B

Throughout LGBT+ History Month, I’ve held conversations with my friends to discuss their feelings about the area of LGBT+ that represents them. Yesterday, I published my second conversation, the letter G. Now I am continuing with the letter B.

My third conversation is with two students living in Liverpool but attending different universities. Isaac is a postgrad student at University of Liverpool, studying English and Modern & Contemporary Literature. Erin is a student at Liverpool Hope University, graduating this year after studying Sport and PE with Education. I asked them about their processes of coming out and how they have found the reception to them being bisexual at uni and in Liverpool as a whole.

When did you come out?

Isaac: I was 16 years old, so 2016 – I went to pride and my mum realised I had gone so she also told my dad. I had a lot of friends going and felt like it would be a good way to experience more queer spaces. It opened up a lot of new connections and also offered quite an easy to way to come out.

Erin: I came out when I was 15 and it wasn’t really in my control, I remember I was in the kitchen baking and my mum just said, “are you gay?” and that was it. However, it did come from the fact I had the same girl over every weekend for a few months but I didn’t get to come out on my own terms.

What was it like for you at uni and coming out to people outside of your family? Did it scare you to do so?

Isaac: I wouldn’t say it scares me to come out to most uni students, most are quite accepting. It’s more that its an awkward process and I feel like it makes a deal out of something that shouldn’t be viewed as ‘different’ or ‘interesting’.

So, they’ve never reacted in a bad way?

Isaac: I’ve never had anyone outwardly volatile but there are definitely instances that cis straight men treat you differently. Friendship groups become distant or don’t have an interest in you as much because of how perhaps insecure they can feel over it. Quite difficult to quantify but definitely there.

Did you feel accepted within groups at uni like societies then?

Isaac: All societies I’ve attended have been super open and accepting to anyone and I have always felt that if I had any issues then they would be dealt with accordingly.

Erin: During my university experience I’ve not had many issues with being part of the LGBT+ community on campus. I’d say it’s a very safe environment and there is an LGBT+ society, however, I’ve never attended it but I do know their campaigns. The university does provide a counselling service for students who may be struggling with identity issues and staff are trained.

How do you feel about acceptance of the LGBT+ community in Liverpool as a whole?

Isaac: I think it’s received very negatively. Both men and women clearly have a problem with queer spaces, whether that be in terms of sexuality or gender. Again, its very hard to quantify but I feel a very negative energy towards queer spaces and individuals, the recent attacks have only made this more obvious for myself.

Are you from Liverpool originally?

How do attitudes in Manchester compare to Liverpool?

Isaac: It’s much more accepting and open in my eyes. There were obviously instances of homophobia and negative perceptions, but Liverpool definitely feels different in a negative way.

Where are you from Erin?

Erin: So I am originally from Scotland and the community there is very loud and proud like Liverpool, however, I’ve heard of more LGBT+ related hate crimes while studying In Liverpool and even attended the protest that was organised against it, as it’s obviously an issue that isn’t acceptable in today’s society.

Have you been on the receiving end of any abuse based on your identity?

Isaac: Yes, a few times, on nights out at clubs etc. There have been men abusing me and others. The only thing you can really do is ignore it or leave. If you don’t, then it can escalate and you’ll end up punished just as much as them if anything breaks out.

Erin: In nightclubs in Liverpool I have had looks and had men make gestures towards me and whoever I’m with, so it does play on my mind about my safety. But I can’t let that hold me back from being happy and who I am.

Has that happened to other people you know too, Isaac?

Isaac: Yes, lots of people and much worse than me. Being a bisexual man affords some privileges over other more outwardly presenting queer people. I know some of the people who have been physically abused, who gained a lot of publicity. It’s widespread for negative perceptions however.

Did that spate of anti-LGBT+ hate crimes in the city worry or scare you?

Isaac: Yes, definitely. It’s very worrying and seems to be a very specific problem for a city as small as Liverpool, in comparison to other larger cities that don’t have problems as bad or as frequent.

Erin: The hate crimes do scare me as I’ve never actually experienced violence or abuse in the streets etc.

So do you think it’s a very safe place for LGBT+ students?

Isaac: No. For some it may be, but for others it is definitely much worse. It’s a real shame.

Erin: My personal experience in Liverpool being a bisexual women has not been negative. On campus I’ve experienced zero hate. The only hate I’ve experienced within the city has been within a nightclub setting.