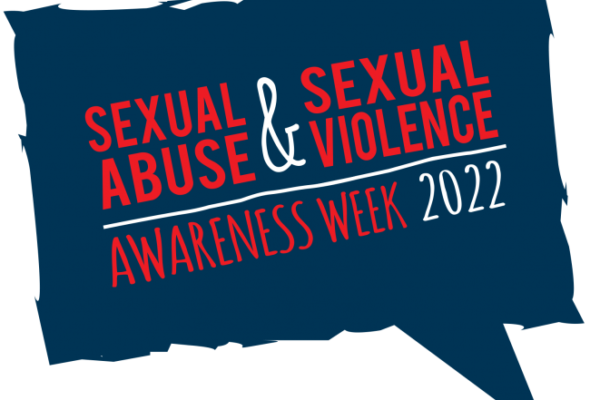 Sexual Abuse & Sexual Violence Awareness Week is the UK’s national week to raise awareness of sexual abuse and violence. Taking place in the first full week of February each year (7th – 13th February in 2022), it provides an opportunity for both organisations and individuals to engage in dialogue.

The Purpose of the Week

This is a nationwide week of events, hosted by local organisations, support groups and help centres. The aim is to spread the message that any form of sexual abuse and sexual violence is unacceptable.

Generating discussion among the general public, statutory bodies and third sector organisations about how sexual abuse and sexual violence is not ok. Empowering victims and sending out a clear message that the UK collectively will be saying ‘It’s Not Ok’.

People, companies and charities across the country have been getting involved with their own events, campaigns,
conferences, training and social media via the hashtag #ItsNotOk.

Over the past few years we have seen the steady growth in involvement in this awareness week. Countless organisations have participated with hundreds of events happening.

The message is slowly being heard – sexual abuse and sexual violence is not ok. We can only add to this by encouraging everyone to participate in the discussions, not only victims and survivors, but all of us can help shine a light.

More Important Than Ever

The Crime Survey England and Wales for year ending September 2021 (the most recent at the time of writing), shows this abuse is on the rise.

One of the local organisations who are giving support is RASA (Rape and Sexual Abuse) Merseyside. Established in 1986, following the rape and murder of 21-year-old Diane Sindall in Birkenhead.

I spoke to their Engagement Officer, Emma. Emma processes referrals to counsellors and manages social media.

I chose this career because I wanted to help anyone who has been subjected to sexual violence. I am passionate about the work we do at RASA. I’m privileged that someone would share such personal disclosures.

RASA Merseyside is a professional counselling and support service. They exist to improve the mental and physical wellbeing of individuals impacted by sexual violence. Their aim is to create and facilitate a safe place, therefore enabling clients to work through personal, and sometimes painful, issues in relation to their experiences.

Our aim is to empower them to make positive choices in their own life and to help clients to begin a journey of healing through counselling and support. Being in contact with people that understand, may help someone to feel less isolated and more supported in order to take the step to cope and recover.

Our referrals have increased to around 250 a month. I’m not sure if this is because more people are aware of RASA or that this problem is increasing, I think it’s both.

Asking For It Exhibition

Asking for it Exhibition is a collaboration to support and amplify creative work about or from survivors of sexual violence. As an organisation, they aim to open a creative platform for the artists. They help those who have been subjected to sexual violence to share their art mediums in a safe open space. You can learn more about their work in their interview, here.

I first met Gabby at the North West Sexual Violence Awareness Week event held by RASA Merseyside. She delivered a poem she had written, called ‘A Reminder’. Speaking to me afterwards, she discussed Asking For It, reconciling with her past and her plans for the future.

Aiming to do whatever it takes to spread awareness, Vorny has waived her right to anonymity. Speaking candidly about rape, domestic violence and the need for education.

I am in the process of developing an educational program in order to register as a CIC. Centred on consent and the massive amounts of variants of how people can and can’t consent in modern life.

I was vulnerable and fell into a relationship which ended in 3 or 4 Domestic Violence Protection Orders. I had no self worth. He was done for coercion and control, arson threats, assault and Domestic Violence.

When I found out that RASA was self referral, as well as the police, I sent out a group text like, “If anyone touches you go here ASAP”. There is not one woman I know who hasn’t been in some way or another hurt at the hands or mind of a man.

That was my first time speaking about my experience and to have such a positive response was life changing for me.