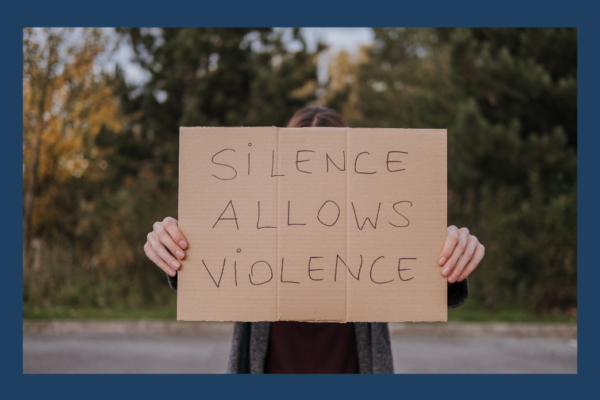 Asking For It: An Artistic Movement Against Sexual Violence.

Asking for it Exhibition is a collaboration to support and amplify creative work about or from survivors of sexual violence. As an organisation, they aim to open a creative platform for the artists. Importantly, this allows those who have been subjected to sexual violence to share their art mediums in a safe open space.

Who are Chloë Clarke and Gabrielle Ellison?

They are co-curators of the Asking For It Exhibition, themselves poets, facilitators, filmmakers and creators. They provide artistic traits that contribute towards the company. Running campaigns and open calls; creating content online, liaising with artists and forging strong relationships with companies aligned to their values. As well as sharing administrative duties, they are both active in the communities in which they work. Both actively support protests, vigils and campaigns individually and as a company.

As cheesy as it sounds, I think the career chose us. We started planning a small exhibition because we were passionate and angry about the subject of domestic violence. We wanted to give a voice and platform to others who felt the same; providing a creative and therapeutic platform for artists to access in a safe space.

What is the purpose of Asking For it?

There are two main sides of the collaboration. One side supports survivors of abuse, giving them creative space and tools to express themselves and have their work shown. The other side is to educate and campaign for change that will provide more support to victims. They signpost for their followers through social media, allowing them to access various support groups / events and paid opportunities.

We help artists who have experienced domestic abuse through a creative outlet that they create, exhibiting their work through exhibitions, live events, talks, social media, etc. We support the community around us.

The Development of the Project

Long time friends, since meeting each at university, the two had long wanted to collaborate. Wanting to use their creative mediums, they initially decided to create a dance film discussing domestic / sexual abuse.

Various art mediums have many ways of guiding people to a space of therapy, creativity and expression. Allowing others to see and hear these stories, by showcasing artist’s work, the community can open conversations and network. The artist’s work should be acknowledged and appreciated, as it’s a topic that needs to be spoken about.

The more we talked about the film the more we ended up talking about a space to project it in. Very quickly we realised we wanted to create a space where people could come and see work discussing abuse. Within 4 months, we’d completed our first exhibition in Peckham, London. We worked with various international artists, holding various mediums of art and live performances during our press night – which sold out!

We have successfully talked on the BBC Radio about the Asking For It Exhibition and worked closely with RASA Merseyside.

Who are you collaborating with?

I met Gabby when Asking For It were collaborating with RASA Merseyside (Rape and Sexual Abuse Centre). She delivered one of her poems at an event commemorating North West Sexual Violence Awareness Week. Their service offers counselling and therapeutic services; available to anyone who has been sexually abused or affected by sexual violence at any time in their lives.

We have worked with RASA Merseyside on their “Coming Together in the City” event. Local Liverpool businesses supported the community by providing their services to anyone who needed their support. It was the first live event since the pandemic, so we were thrilled to be involved and empower the city.

During the event, RASA showcased Baltic Boxing. This is a boxing service offered to survivors of sexual violence and the LGBTQ+ communtiy to improve mental wellness. There were DJ’s such as Dance For Plants, who engage in sustainable parties to help environmental charities. Theatre production company, Perception Theatre, used verbatim real live stories to engage with their audiences by using film.

We had local spoken word artists, including ourselves, performing and reciting words from poets, survivors and activists. Collaboratively working together to engage the community to support one another, those who have been or know of someone that has been subjected to domestic abuse.

We have also been collaborating with local Merseyside poets and spoken word artists, providing a platform for them to talk about domestic abuse through various events across Liverpool.

What’s Next and how can you get Involved?

We plan to do outreach in the future, again the best thing to do is to keep an eye out for any job or volunteer opportunities on our social media that we post!

You can support them by following their Instagram and Facebook pages. If you want to donate to their business and support artists with their future events, you can message them for details.