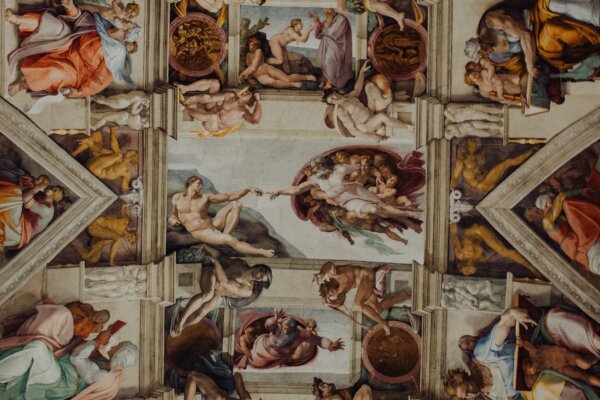 Repopulating and Decolonising Historiography is not Political Correctness but History | Review

In the lecture titled “England’s Other Countrymen”, Dr. Onyeka Nubia discusses themes of racism, diversity and inclusivity. Considering the negatives of political correctness and “cancel culture”, Dr. Onyeka engages the audience with his refreshing ideas and anti-colonial outlook on the past, present and future.

With everyone clutching their complimentary cups of coffee and hotel-style biscuit two pack, the audience eagerly awaited Dr. Onyeka’s introduction.

Dr. Onyeka is a historian, writer and presenter. His work is reinventing perceptions of British and black history and their intersectionality, with international recognition. His research specialises in Africans in Ancient and pre-colonial Medieval England. This marks a previously overlooked, entirely new strand of history. Dr. Onyeka aims to teach history from the perspective of minorities and ethnic peoples.

So, Dr. Onyeka is a pretty cool guy. I mean, who else could rock a knitted lilac scarf?

“Britain is not monoethnic”

Dr. Onyeka asked us a key question in this debate: are white people entitled to Britain?

Is it true that Britain cannot change its colonial past? Arguably, events rooted in history cannot be changed. However, don’t historical events evolve and change depending on who is telling the story? The rewriting of history is in the hands of the powerful and, essentially, those with a voice. What happens then, when we take the microphone away from colonial centric minds and hand it to, say, Dr. Onyeka?

Well, the answer to this is the emergence of different perspectives of history. There is not a moment in history where cultures have not been connected to each other. Therefore, can Britain have ever just been monoethnic and/or ‘white’? Have these ‘white’ people always been the ones with the power and wealth?

Dr. Onyeka specialises in Tudor Britain and suggests that black people may have lived as equals with some being among the wealthy. In Tudor Britain, religion was a much bigger divider of people with the two sides of Protestant and Catholic. Race was a lesser issue, if an issue at all. Yes, at this time there were poor black servants but there were also poor white servants. Historians however are more inclined to draw a conclusion that a poor black man was a slave and a poor white man was just a poor white man. Why is this?

The transatlantic slave trade coincided with Tudor times. This event in history influences us to believe that there is substantial ‘evidence’ that any black person could be a slave. Historians often gravitate towards this conclusion.

These conclusions are “narratives without evidence”, Onkeya professes. Our 21st century prejudices on history and diversity bleed into our analyses of the past. If we presume that black people in Britain have always been slaves then we are likely to see a black person in historiography as a slave. Onyeka gave evidence to suggest that black people not only worked in Britain but married white people in Renaissance England. However, a common historical interpretation is ‘this black person was forced into marriage’ or ‘this black person is the slave of a white person’.

Dr. Onkeya’s lecture centred highly around pictography. The focus was mostly on pictures and paintings from Renaissance England.

There is strong evidence to suggest Renaissance England was multi-ethnic. Onyeka pointed to the vast expanse of black pictography. Why then is the presence of black people in the Renaissance ignored if they are so prevalent in depictions by the Renaissance painters? Unfortunately, historians may be looking for evidence to support their claims, for example ‘Britain is monoethnic’, rather than reviewing all the evidence before making a claim. This is a problem but a common human flaw in historiography as it presents clearer and more comprehensible conclusions of the past, a place where we stumble in the dark. I mean, who hasn’t used this technique for a last minute essay?

This historical debate is often plagued by the lack of a narrative surrounding black British history and racism.

An unpopular opinion and interesting suggestion from Dr. Onkeya is his annoyance of cancel culture being a barrier to racism. Whilst most of us can agree that cancel culture can be extremely toxic, does the opposite mean a complete allowance of racism, sexism and offensive behaviour and language?

Having said this, how can we battle racism if nobody is explicitly racist? If one is not allowed to express our racist thoughts then how can we get to the root of the racist ideologies people cling onto? Onyeka suggested that the emergence of cancel culture stops us from being able to explore racism as it is hidden under the depths of societal acceptance. Whilst the vast majority of us do not implore offensive and racist behavior, Onkeya may have a point here that this issue requires more of a discussion and an open discussion at that.

If you haven’t already, I would seriously recommend looking up Dr. Onyeka’s work. Perhaps even attend one of his engaging lectures. His insight into British history gives a fresh outlook on the past and how we can change our views for a better future.

Race is embedded in all aspects of life. It can be a huge political tool. Even throughout this article I have used politically charged adjectives, for a group of people, by referring to two different races as ‘black’ and ‘white’. Dr. Onyeka’s refreshing, innovative and frankly biological description of black people/African-Americans as ‘those blessed with melanin’ is a description I may be implementing into my vocabulary.

The teaching of history in schools and pedagogy must do more to include Black British history. We must consider different perspectives such as those of Dr. Onkeya. Why should the teaching of the Tudors just cover the white and wealthy Tudor monarchs? Arguably, this does not give a wide enough scope into Tudor Britain.

Dr. Onkeya’s lecture gave more questions than answers. However, these are imperative if we wish to educate ourselves better and move towards a more racially equal society.