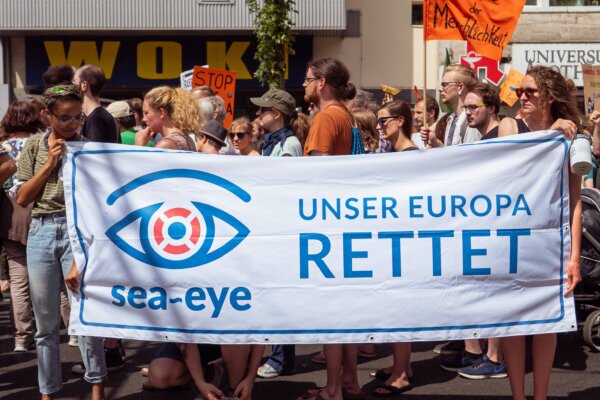 Europe Still Battling to Find a Solution to the Migrant Issue

Two incidents that occurred last month in Europe made the issue of migration return to the political agenda of the world. These came at a time when the world, and in particular Europe, was concentrating its efforts on containing the new COVID-19 variant, Omicron.

After a period of relative calm, Europe has re-awakened to the issue of migration. This comes after the dramatic warning launched from Warsaw. The Polish prime minister, Mateusz Morawiecki, denounced a ‘macabre’ plan by Minsk, Belarus, which according to the Polish leader, intends to wreak havoc on Europe, promoting the flow of immigrants to the countries of the region.

The “stability” and “security” “of the entire EU is at stake”, wrote the Irish Times, citing the Polish prime minister.

The Polish prime minister’s declaration sounded the alarms in Brussels. The European Union (EU) asked for the prompt intervention of the Russian President, Vladimir Putin, in the sense of finding a solution to resolve the dispute between Poland and Belarus. Also, the EU has threatened Belarus with increased economic sanctions.

According to Polish authorities, Belarus is promoting migration flow at its borders. This marks retaliation to the sanctions imposed on it by the European Union in 2020. These came after violent protests in Minsk where the opposition and his supporters accused Alexander Lukashenko, the prime minister and Russian ally, of electoral fraud.
More than 4,000 migrants are concentrated on the frontier of the two countries. Originally from Syria, Afghanistan, Iraq and Nigeria, these people are camped in perilous conditions and sub-zero temperatures, according to German radio DW.

Migration continues to be one of the great challenges to Europe

The incident that has lasted for almost a month brings to light the lack of a concrete and mature policy in relation to the refugee issue. Brussels has acted more as a firefighter than as an institution that intends to resolve once and for all the issue of migration. The integrity of the European Union itself may be something to be concerned about.

The crisis between Poland and Belarus is just one of the many episodes happening all over Europe involving refugees and migrants. Let us not forget the uproar created by Hungary who dared to confront the EU. Hungary built a wall on its border to block the entry of more migrants to its territory. This went against the grain of the guidelines from Brussels.

France and UK in “serious” talks about migration

Meanwhile, 27 migrants have died in the English Channel. This was after an attempt to reach the UK. France and the UK are experiencing tension as a result.

Emmanuel Macron, the French President, reacted to Boris Johnson’s letter by cancelling the visit of the Home Office Minister. Priti Patel had been due to visit Paris to discuss with European authorities about migration issues.

Is Europe prepared to deal with a new migratory wave, equal to or worse than in 2015?

The Coronavirus pandemic onset in late 2019 broke the migratory trend. This was predominantly from North Africa to Europe. Although the charts already showed lower numbers in 2020, compared to the previous year, it is undeniable that the restrictive measures adopted by the countries helped to stabilise the issue.

According to data from UNHCR, in 2015 over 1 million refugees and migrants entered Europe by sea. For this reason, the UNHCR considered 2015 the year of refugees.

In a post-pandemic scenario, a massive migration flow to Europe is likely to occur. This is because most third world countries’ economies will be weakened. Such a scenario has already been seen in regions of Africa and Asia. However, one question remains in the air. Is the continent ready to receive a new wave of migrants?