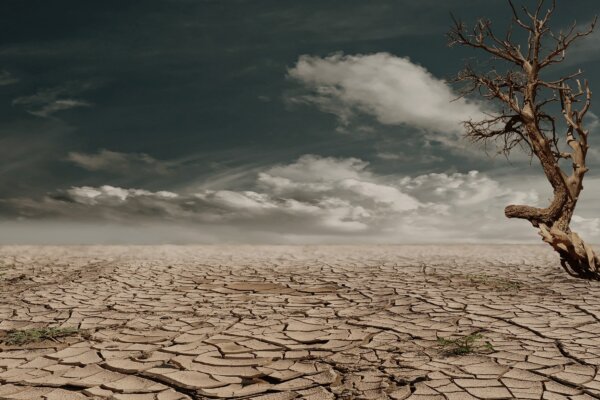 We’re living in a time where world leaders and representatives from different countries are meeting to discuss climate change. This was seen at the COP26 summit, held in Glasgow, Scotland, which has just come to an end. Africa is the continent contributing the least to air pollution. It only contributes to 2-3 percent of the world’s carbon dioxide emissions. However, natural disasters have drastically affected the continent, which are consequences of climate change.

Africa is home to 1.6 billion people, representing 16 percent of the world population. The continent has been confronted with serious issues, due to weather changes. These include temperature and sea-level rises, changes in precipitation patterns, and more extreme weather. Human health and safety, food and water security, and socioeconomic development are all endangered by these changes, according to data from the UN.

The agriculture that constitutes the basis of the livelihood of many African families is at risk. Food insecurity and water shortages are already a reality in many places on the continent. These have given way to a migratory wave.

Nevertheless, the struggle still exists in the continent’s discourse. This still walks in two different directions: between official and non-official, which does almost not exist. In Western societies, politics and civil society seem to have a common goal. However, we Africans still do not have a serious compromise on issues related to the environment.

Climate change in the ‘mouth’ of the people

Weather issues, although complex, are not considered priorities in the cradle of humanity. In addition, it is visible that the lack of a structured plan, that would lead to the involvement of the different sectors of society, has undermined the political pretensions. Integrating the media and schools is an example of this, where the problem would be debated by young people. Unfortunately, climate change concerns are not being discussed in an African way, such as in the market, on the street, or on public transport, as it happens with novels imported from Brazil, Mexico, or Turkey.

Climate change has already affected the lives of thousands of people. But African civil societies are still not taking the issues seriously. The population is not being prepared to survive in a scenario worse than the current one. This is all because the discourse on climate change remains summarised in the office by the political class.

It seems that African politicians are more interested in the counterparts they can get from the continent’s richest economies. These are, in fact, those that most pollute the environment. They would choose this over finding solutions to the problems of drought and global warming that threaten the planet and in particular the continent.

In Glasgow, African leaders and their representatives were collecting old debts in order to increase the resources promised for Africa to better combat climate-related problems. But the truth is that African governments have done very little to reverse or at least try to reduce the serious effects that have been caused by weather changes. And this involves formulating a well-structured plan that would make the population aware of the seriousness of the problem.

Climate change is not only a problem for wealthy nations, it is a serious problem for mankind.