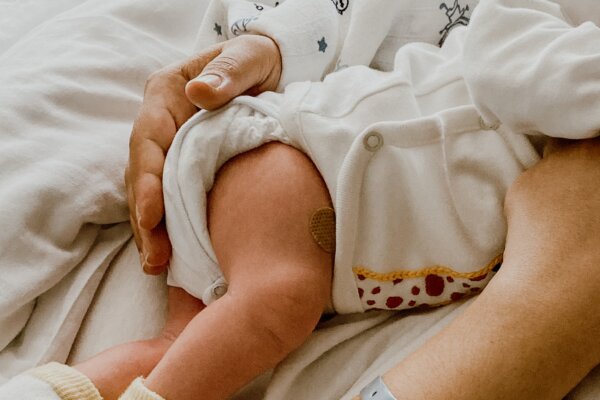 Should Liverpool Women’s Hospital be Renamed?

The NHS are taking actions to use gender-inclusive language. In particular, the Brighton and Sussex NHS trust have released a document detailing the gender-inclusive and trans-friendly terms which they actively intend to use and implement into the healthcare system.

These trans-inclusive terms are revolutionary to the trans and wider LGBTQ+ society. They are a huge positive for those who identify as transgender or non-binary. Should NHS Liverpool follow suit?

The implementation of these terms has seen huge backlash. Some are viewing this move as ‘female erasure’ and are even going so far as to say it is misogynistic.

However, this was not the intention of the report from the Brighton and Sussex NHS. The inclusive words are not intended to replace female gendered words, but act as an extension of them.

For instance, the report gives medical instances in which the words would be used such as:

Therefore, the female gendered words have not been erased but gender inclusive words have simply been added.

This leads onto the question of the renaming of the Liverpool Women’s Hospital. If it were to be renamed, what should it be called?

Information on the Liverpool Women’s Hospital website includes female gendered language such as ‘female health’, ‘maternity’, and ‘care of women’, with the most obvious gendered word ‘women’ being in the name of the hospital. Arguably, these words are not inclusive of all genders and if they were to be, what would the hospital be called?

This could be inaccurate due to the fact that, as well as birth and neonatal care, the hospital also specialises in gynaecology and fertility. Not everyone receiving information or treatment from this hospital may be giving birth and may instead have a heath issue unrelated to the process of giving birth.

Again, this seems problematic. This semantically expresses that services at this hospital relate only or primarily to the baby and not to the mother or birthing person.

Problems arise again. This could be considered inappropriate. Additionally, persons with ovaries but without a vagina can indeed give birth or contribute to the birthing process in some way e.g. via IVF treatment.

Could the hospital instead be renamed after an influential or famous figure of medicine? This could be one solution if citizens were to campaign for the renaming. This was the case in the renaming of the University of Liverpool Gladstone Halls to the Dorothy Kuya Halls of Residence.

Taking ‘women’ out of the hospital’s title could be viewed as ‘erasure’ of the gendered word ‘woman’, instead of an extension to it. In this case, the hospital could be called something like ‘Liverpool Women’s and Person’s Hospital’. This does somewhat provide a solution, albeit giving the hospital a bit of a clunky name!

This simple discussion of the renaming of the hospital opens a much larger debate of gender inclusivity and LGBTQ+ community representation. For instance, the controversial case of Freddy McConnell.

Freddy McConnell vs the UK government

A 1950’s UK law which still stands states that the person who gives birth to the child will be stated on that child’s birth certificate as ‘mother’. For the vast majority of people who give birth, this term aptly applies. What about, however, trans people who give birth? Or people who identity as male or non-binary? The term ‘mother’, a gendered female word, may not fit so easily.

In 2020, Freddy McConnell, who identifies as a trans man, lost his battle against the UK government and the supreme court to be called ‘father’ (the male gendered parental word) instead of ‘mother’ on his child’s birth certificate. Additionally, he was refused even the non-gendered title of ‘parent’. This issue also affects non-binary people, same sex couples, and those who use a surrogate.

Now, I hear you ask, surely it’s just a word and why does it matter? The problem is that Freddy may experience abuse when having to out themselves as a trans parent and his child may experience discrimination for having a trans parent. Mis-gendering an individual opens a whole debate of ethics and inclusivity of which this article has only touched upon.

LGBTQ+ rights and representation were addressed when the law got amended so that the second parent listed on the birth certificate could change from ‘father’ to ‘parent’ for same-sex female couples. Should the same be done for ‘mother’ to change it to ‘parent’ or another title of one’s choice?

These debates are difficult but imperative if we wish to live in a more gender and trans-inclusive society.