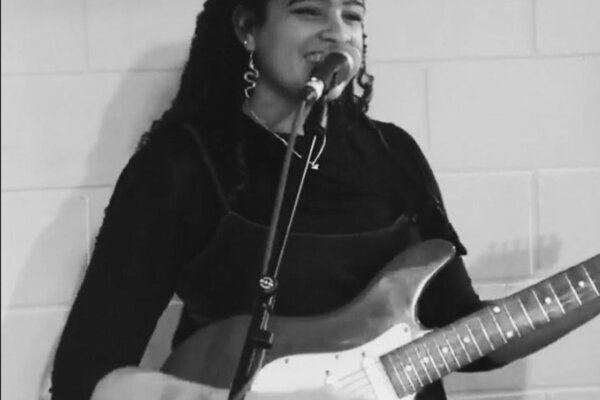 At this point, we have surely all noted that a lot of current music holds its roots in black music. In celebration of Black History Month, we wanted to look at the implications of this and origins of popular music. I caught up with Sara, a third year Popular Music student from Norwich, to get her thoughts on BHM and who she recommends you check out!

I study music because I love discussing social politics behind popular music genres. Like arguing about what type of jazz is definitely the best type of jazz! It is super exciting to see a resurgence of early black musics now being brought back into the foreground. There’s a reason that black music is so popular in modern music scenes and it’s because it BLOODY SLAPS.

Controversy in the Media

Ye (formally known as Kanye West) shared a Twitter post last year, which was typically sensationalist (calling himself the new Moses) but rang true. Echoing a similar statement to the late, great artist and icon Prince, who advised young artists to avoid signing contracts for fear of “slavery.” He compared the music industry to, “modern day slave ships,” raising a point that resonated with many celebrities and music lovers alike. Modern music owes a lot to black influences and artists, yet they remain largely uncredited.

I need to see everybody’s contracts at Universal and Sony

I’m not gonna watch my people be enslaved

I’m putting my life on the line for my people

The music industry and the NBA are modern day slave ships

Tyler the Creator commented, following his Grammy win, that it was, “Just a politically correct way to say the N-word.” Kenya Barris’ show Black-ish regularly tackles hard issues surrounding politics, society and race. It’s lead character Andre Johnson is promoted to SVP of Urban Division, which he credits to being the only black man on the advertising team, now in charge of any advertisements targeting a black market. Since then, there have been moves to take the term out of the industry.

The Importance of Black History Month

We get to, if only for a month, have a time where we not only celebrate but get to explore our own culture. With black representation in modern media being iffy as it is, it’s nice to have a time where everywhere you look, black artists, black musicians, black poets, and to put it simply, black people are not only present in the public eye, but dominating it.

Music for you to Explore

As the Diversity Secretary for Book Society, Sara has curated suggestions for books which celebrate black culture and encourages people to do the same with their music.

Black History Month is a great time to find new artists that otherwise would have flown under your radar. Now black music is making a return, in the form of neojazz, soul fusions and blues inspired rap.

Her top black artists to check out this Black History Month are:

Alternatively, you can check out my recommendation, which is Sara herself!