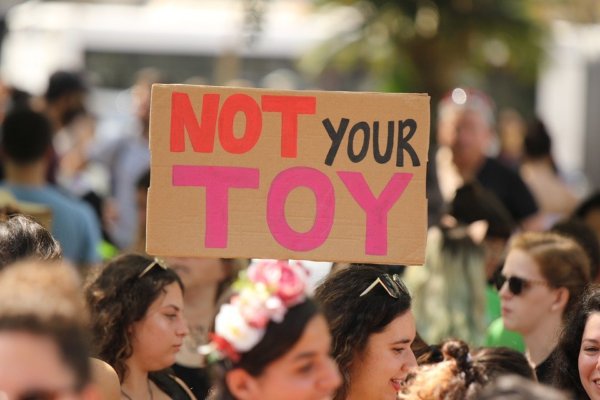 My Two Cents on Bangladesh’s Death Penalty for Rapists

This article contains themes of sexual violence against women which may cause some readers distress. There are links at the end of the article if you feel personally affected by this content.

Back in October, millions of Bangladeshis demanded stricter punishments for perpetrators of gender-based violence (GBV). This was as a result of the gang rape of a village woman which went viral on Facebook.

The United Nations defines GBV as ‘any act that results in, or is likely to result in, physical, sexual or psychological harm or suffering to women‘.

What triggered the death penalty?

Protests took place shortly after news coverage of the Noakhali incident. These occurred across the country, mainly consisting of university students and women’s rights activists. Those involved demonstrated their frustration at the government via oral messages such as ‘hang the rapist’.

But will it work?

The Women and Children Repression Prevention Act (2000) protects women and children from ‘heinous crimes such as rape, dowry, grievous injury,’ according to UN Women. Recently, this bill was updated to include capital punishment for rapists in Bangladesh.

This move may be revolutionary, but is it effective? Critics argue that alone, it will not deter potential rapists. Instead, the low prosecution rate encourages men to engage in these hideous crimes without facing repercussions. Additionally, there is no credible evidence to suggest that this type of punitive action is actually effective. In reality, men often kill their victims to avoid punishment. However, the country already imposes the death penalty for murder. This explains the stance taken by some legal practitioners who feel that it is conducive to eradicating rape. Conflating the crimes with utmost disgust could therefore attach a stigma to them.

Rape and sexual assault compose some of the most heinous crimes known to humanity. And executions bring justice to the survivors and their families, even in patriarchal countries like Bangladesh where a woman’s honour is more important than a man’s actions. This is evidenced by a Bangladeshi woman’s personal account submitted to Al Jazeera which states that occasionally, a woman is married off to her rapist to preserve the family’s ‘dignity’. These patriarchal attitudes are something I can testify to as a woman with strong links to her South Asian heritage.

Opponents to the death penalty are concerned that the radical initiative focuses too much on men, when in fact it is the victims that are in desperate need of psychological support. This raises a very important question – will this new approach disadvantage female survivors? We must ask, by prioritising male punitive action over women’s needs, what are we really accomplishing? The answer is open to interpretation and dependant on many factors: namely politics, culture and religion.

Like Sheikh Hasina, I’d urge Boris Johnson to implement surgical castration for rapists. Reluctantly so, but I’d still propose it. Given that the majority of rapists and sexual assaulters are men, this would physically eradicate the occurrence. Still, I do not agree with the idea that it promotes – that men must be physically deprived of their testicles to not rape; they should simply not rape in the first place. But this would be pragmatic, albeit categorically barbaric. And perhaps not too dissimilar to the Green Party peer’s recent call for a 6pm curfew for men.

Tackling the problem head on is an unfortunate reality of the androcentric world that we live in. A world where we have to tell people that rape is bad. A world where women receive scrutiny for wearing provocative clothing. A world where women are accused of false reporting, despite official statistics revealing this to be true in only 4% of UK cases. And this is particularly true for the women in developing regions like South Asia, where ‘the stigmatisation of rape victims is a major reason for the underreporting of GBV (gender-based violence)‘, according to American think tank the Atlantic Council.

We must not stay silent. The emancipation of women is important in every society in the world. Having travelled to South Asia on at least fifteen occasions myself, I am sad to confirm that neither the realities of these women nor the frequency of such realities shocks me. However, South Asia is not the only place where this is a problem. It is a pandemic, and it is imperative that we note this. So it is paramount that we, as citizens of the world, fight the patriarchy.

If you suspect GBV occurring to you or someone that you know, please seek help via women’s charities like RASA Merseyside at 0151 558 1801, or Refuge UK via The National Domestic Abuse Helpline at 0808 2000 247. Alternatively, digital resources can be accessed to maintain anonymity.