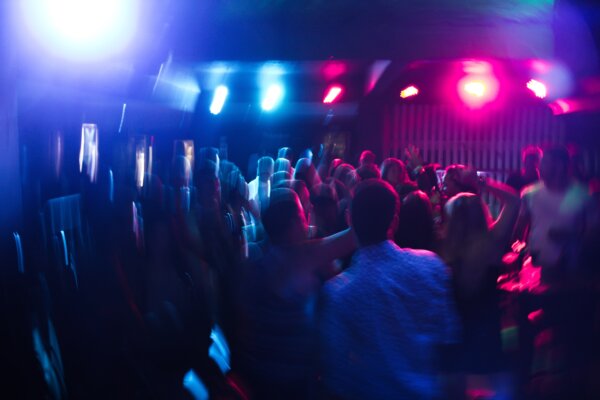 Freshers: The Good, The Bad and The Flu

Just over three weeks ago I joined hundreds of thousands of students in packing up my life into Ikea bags and emptying it out into a new city. A city I will learn to call home. Being both nervous and exited, I waved goodbye to my parents. I was keen to get started with the famous freshers. Having made it out the other side (albeit sleep-deprived and considerably poorer) there are some things that I would, in hindsight, have told myself when I arrived in Liverpool as a bright-eyed fresher.

Whether it’s too many drinks at pre-drinks to settle your nerves or a couple of extra Jägerbombs to make Electrik seem a bit more fun after going twice already that week, it’s safe to say most of us have taken it too far. A sore head when you wake up and hopes you didn’t embarrass yourself in front of your potential new friends are guarantees to make you vow never to drink again. Until the next evening when LEVEL is looking just a bit too tempting, that is. So, stack up on the orange juice and Berocca; you’ll live!

You will get freshers’ flu

People warned me about freshers’ flu and that I would undoubtedly find myself in bed with a temperature and a sore throat feeling sorry for myself. Of course, I ignored this and believed that I would be the exception. I wasn’t. An erratic sleep schedule, and a diet consisting of basically just cheese toasties and binge drinking are sure ways to get ill. Waking up with a throat on fire and cold sweats is less than favourable, but it’s not the end of the world. You’re not dying. Miss that night out, eat some vegetables, you’ll be better in no time!

You will meet some great (and maybe less-so-great) people

Possibly the scariest part of moving to uni is the thought of having to make friends. This concept probably won’t have been a challenge for most up until this point. Most of the friendships in your life so far will likely have been naturally formed. In fact, I don’t even know how most of my friendships started, they just sort of, well happened. Putting yourself out there can be scary, no matter how confident of a person you may, or may not, be.

Whilst it might feel like everyone has found their best friends, and lucky you if you fall into that category, this is not the case for everyone. It may take you a while to find ‘your people’ and that’s okay, it will happen. Most likely, if you’re feeling lonely, the people around you will be feeling that way too. So reach out, make the effort, and you’ll find friends in no time. If you happen to try with someone, to only later realise you don’t want them to be your new bestie, that’s okay too. It’s a case of meeting as many people as possible and making sure not to cut yourself off too soon.

You will miss home

No matter how much you enjoy uni, there are no doubt going to be things you miss about home. Whether you’re craving a home-cooked meal from your mum, or a conversation that doesn’t start with, ‘So, what course are you doing?’, there’s bound to be moments that leave you feeling a bit homesick. This is normal; it doesn’t mean uni isn’t right for you or that you should drop out. All it means is that you are human. That being said, if you seriously are struggling or have massive concerns it’s important to reach out. There will always be people ready to listen, and willing to help.

All in all, it’s important to remember that you’re not alone and that you’ll be okay. Freshers may not have been as you expected but that’s okay too, it’s only one week after all.