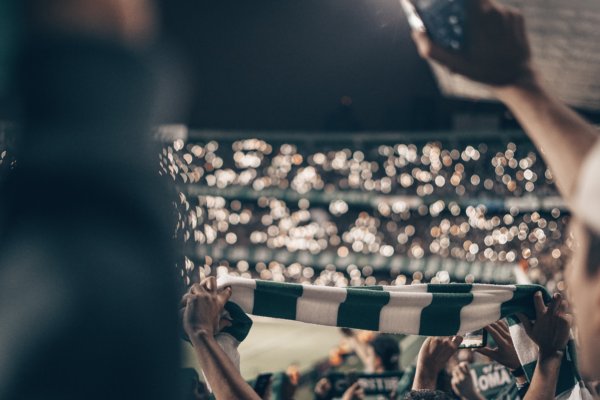 The Implicit Lockdown Sexism We’ve All Been Ignoring

With endless coronavirus-induced restrictions, no one is happy. However, there is one demographic that has been more hard hit than most: women. Whilst this may not seem to be the case within our so-called progressive government, this is far from the truth; we live in a patriarchal society. Merriam-Webster defines the patriarchy as ‘social organisation marked by the supremacy of the father in the clan or family, the legal dependence of wives and children, and the reckoning of descent and inheritance in the male line.’ Broadly, this translates to ‘control by men of a disproportionately large share of power.’ Although women can now vote, sentiments of male superiority persist in our everyday existence. Now let me explain why.

When the national lockdown began back in March 2020, all non-essential services were shut. And rightly so. However, the gradual easing of this lockdown favoured men quite blatantly. Firstly, pubs were invited to lift restrictions much sooner than their female counterparts; namely beauty salons and hairdressers. Football fixtures even took place on Boxing Day, as if we are not amidst a pandemic. Yes the players and coaches underwent regular COVID testing, but what exempts hairdressers and beauticians from receiving this? Is the government suggesting that traditionally male interests like sporting deserve more importance than touching up grey roots?

Male politicians will argue that this is to appease the majority who supposedly take interest in football, it is the nation’s most beloved sport after all. But this only reinforces the idea that the needs of the marginalised do not matter. This is not a unique occurrence; given that the government loves to ostracise groups that don’t fit its own demographic. Just take a look at the Eid coronavirus restrictions versus the Christmas ones for reference. In such tough times, we should not have to remind the decrepit, white men that run Westminster that women and ethnic minorities matter too.

There will be those that argue that that transmission rates drive the thought processes behind the policies. This makes perfect sense. However, in theory, our government refused to shut down schools, yet introduced the Eat Out to Help Out scheme, despite the high national r rates. To paraphrase, little to no scientific consideration has been applied by the Tory MPs who have instead let their unconscious biases lead the way regarding policies.

It is no shock to me that male interests have been prioritised over women’s as we live in a patriarchal society. Football matches constantly dominate the most popular television networks whilst television channels often relegate stereotypically female domains to their less prolific channels. In fact, research shows that ‘women are more likely than men to watch reality programming.’ (49 percent of women versus 24 percent of men, to be exact.) And often, viewers stigmatise the reality genre (which includes Keeping Up With The Kardashians and The Real Housewives of Beverly Hills) the most.

Tell me, do you ever chastise the people in your lives for indulging in such ‘vain’ and ‘superficial’ pursuits? But do you convey the contempt for football matches? If not, pause and think why, because ultimately, football is ‘a game played between two teams of eleven people, where each team tries to win by kicking a ball into the other team’s goal.’ This isn’t to say that the game is undemanding, it’s quite the opposite. It requires excellent physical fitness, specific techniques and tactical knowledge. But one could argue that reality television stars deserve reverence too; they have higher than average social intelligence, excellent confidence, and the charisma that marks them out from the rest of us.

Simply disregarding this is unjust and implies that our society values acquired skills over the innate ones. And in the case of the notorious reality television genre, it is often women that bear this criticism, and bear this more than their Premier League counterparts.

Society inducts the idea that male interests are superior to women’s. You will often find women that seek sports-related knowledge often succeed socially in mixed-sex conversation. When does a male knowing the names of certain makeup items ever benefit them socially? Unless they have a girlfriend or wife, probably never. Essentially, male interests make women ‘all-rounded individuals’ but female domains do not seem to register the level of importance for men. Whether you go to a party, or go to the pub, a topic that always seems to bring people together is tonight’s football score. Why is this same energy not reciprocated when discussing the latest makeup trends? The answer is simple. We value male needs more than women’s.

And sexism is by no means exclusive to the media. We chastise those who choose to express their emotions through crying (namely women), yet laud men for concealing their emotions. This a dangerous game to play, especially when the patriarchy doesn’t discriminate towards its victims. In fact, it creates the dire but unavoidable phenomenon of male suicide, all because we punish people for exhibiting ‘feminine’ attitudes towards their feelings.

If you, or someone you care about, is facing sexism, you can access a vast array of digital resources via Women’s Aid or Refuge UK to receive support.