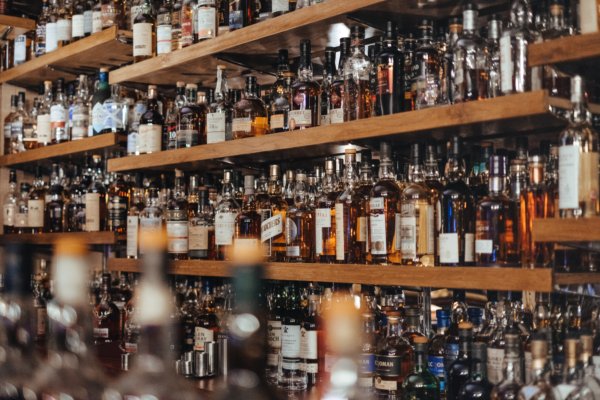 Nothing is impossible? Being a sober student may be.

Two unlikely synonyms: Student and Sober. Is it possible that they can be joined in harmony?

I think lockdown has led a lot of us to re-think our drinking habits. Traditionally among students, the words ‘dry January’ would be considered an obscenity. Why do dry Jan whilst you’re a student? Why miss out on all that fun when you have so many adult years ahead in which you can tackle the challenge of one month sober? After all, isn’t it just for parents anyway? These are thoughts that crossed my mind in my first year of university.

Now, as a second year, I considered doing dry January. Was it lockdown that made me do it? Possibly. It is much easier to avoid alcohol when parties, pubs, clubs and any form of social activity except for a walk with your housemate are actually illegal.  Or was it the fact I had grown tired of the DEEPLY ingrained drinking culture at university? This too was probably a factor, among many other reasons. In this article, I’m going to discuss my reasons for doing and the challenges I faced going sober (as a student!).

My first reason for doing dry Jan this year was to set myself a personal challenge. If the core of university life is alcohol then surely I won’t survive without it? Surely my housemates and peers will turn against me, pitchforks in one hand and shot glasses, bottle openers, and a beer pong ball in the other. Certainly, they would all slowly begin to hate me, and I’d be left lonely with no friends in university and be destined to live a life of misery and sadness. After this inner deliberation with myself, I decided what’s the harm in trying? I knew the nasty and confused comments would not be easy to take but this was the first challenge I had to overcome. So, without making a big ceremonious announcement of it, I slowly began to mention to my friends that I was doing dry January.

“Awh you’re going to be so boring this month”

“Damn, I wanted someone to have fun with”

“I just don’t see the point”

“But we have such a laugh when you’re drunk!”

“Sorry, you wanted a single or a double with that cranberry juice?”

And this hurt. Am I only a good friend when I’m drunk? Am I only fun to be around after several rounds of shots? My neurotic brain was sent into overload and I reverted to the attitude I had in December 2019 when I was in first year. What’s the point in being sober as a student? I’ll be shooting myself in the foot because university time is scarce and I should enjoy every moment. I’ve got my whole life ahead of me to go sober so why now? Despite this defeatist attitude ringing in my head, I decided to persist with my plan to go sober.

Further on into the challenge…

Wow, I thought. I’m really doing it. I’m going against the curve and I am successfully not drinking as a student. And I’m having so much fun- more fun in fact than I was when I was drinking. I’ve started new hobbies, I’ve started getting fit and I feel as if I’m getting much more out of university life than I previously have been. I’m no longer hungover, tired, or generally rundown. I can focus on my work better and be more productive in all aspects of my life. I have more time, more energy, and more happiness. This pushed me to understand that alcohol was affecting me more than I had realised. It was seriously affecting my mental health.

We all know that alcohol is a depressant. We have all had those warnings in school about the dangers of binge drinking et cetera, et cetera. Of course, like most life lessons or rules that have previously been cast upon us, these warnings went out the window the moment our parents kissed us goodbye at our new university halls. And of course, letting your hair down and discarding the rules to ‘live a little’ is a part of independent living. Alcohol helps to enhance these experiences. But what happens when alcohol is worsening these experiences? Mind reports that 27% of students suffer from mental illness in university (27 27 | Mind). That’s almost a third of us. However, this figure may have increased with 73% of students stating that their mental health has declined in lockdown (Coronavirus – student mental health | Mind).

As aforementioned, alcohol is a depressant. Therefore, drinking may, in fact, be worsening some students’ university experiences, rather than enriching them as the drinking culture leads us to believe. Of course, this is all situational and individual, but I noticed that for me, my mental health was definitely not improved by copious or sometimes even small amounts of alcohol. Nine times out of ten, alcohol worsened depressive and anxious symptoms, even if I was in a good mood when I started drinking.

In the midst of my sobriety, my house decided to hold a few drinking nights. Initially, I thought to myself, I’ll have to hide in my room and have a night to myself. I can’t possibly go to a situation where drinking is involved, can I? But then I decided, I’m not letting my sobriety stop me from hanging out with my friends, especially when a lot of student evening socialising revolves around drinking (even more so in lockdown). I said to myself- I’ll go sober!

Not only did I make it out both nights alive, but I had a great time. I had the confidence of a child, dancing and singing without caring and still joining in on all the fun. But surely I missed out on drinking games? Nope, I simply drank my diet coke/lemonade. I still felt included and I was still having fun, being more myself than ever. Most importantly, people were being kind, they stopped caring that I wasn’t drinking, and they and I preferred my sober company. They didn’t even realise I wasn’t drinking as the night got later and later. Plus, I didn’t miss out on things such as runs, walks and, seeing friends on the following days either as I wasn’t cripplingly hungover.

Is Sobriety for You?

Sobriety does not need to mean missing out. Although many university socials revolve around drinking, you can still get stuck into sport, art, academic, and many more societies and still meet new people without alcohol. Some universities are catching onto this ‘sober movement,’ with some even having ‘alcohol-free’ accommodation or ‘sober societies’, such as York, Newcastle, and Salford to name a few. These are societies whose activities specifically revolve around NOT-drinking, including activities such as café crawls, game nights, film nights or just bonding over a Starbucks. The University of Liverpool currently doesn’t have a ‘sober society’ as such but perhaps this is something we’ll see in the near future if sobriety catches on!

Also, being sober doesn’t need to mean that you stop attending activities that revolve around or involve alcohol . You’ll just need to be strong and learn to practice resilience and temptation to drink (if you want to of course!). Plus, who says sober needs to mean cutting out alcohol 100%? Make ‘sober’ what you want it to be. For instance, I still drink occasionally to suit me. For you, it could truly mean saying goodbye to the Dutch courage forever, or it could just mean cutting down to drinking once a week.

So, if you think going sober is for you- grab your cranberry juice, lime cordial, or damn herbal tea, and give it a go. You’ll be surprised at your new-found confidence and pride in yourself! But, when you move over to the wild side, remember that sober is not for everyone just like drinking is not for everyone.

If you or anyone you know is struggling with alcohol addiction, there are places and people that can help.

http://www.al-anonuk.org.uk/ – Help to families and friends of problem drinkers