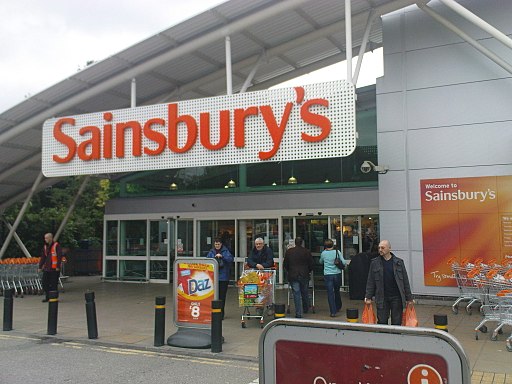 The Christmas Advert That Proves That The UK Is Not Innocent

Popular supermarket chain Sainsbury’s recently debuted their 2020 Christmas advertisement. What should have been a joyous occasion celebrating the most festive time of year has turned into a disgusting space harbouring hate comments. We often pride ourselves on being the most tolerant nation in Europe, effectively welcoming people from all different countries, even boasting that ‘we’re not like America.’ But the truth is, racism is the elephant in the room in the UK. White people do not have to think about their whiteness on a daily basis, a luxury that the black community are not afforded.

The advert simply showed a Black British family celebrating Christmas as any other family would. This involved unwrapping presents, calling family members from far afield, and of course eating a traditional Christmas dinner. The problem? There was none. Until the gammon of the internet decided that this was an unacceptable occurrence. Because a black family merely existing is apparently controversial.

Many people expressed that they were ‘shocked’ that this ‘still happens in 2020’ but I am not. Black people have been systematically oppressed for centuries, so what makes you think that this is no longer the case all of a sudden? These are struggles that the BAME community suffer with everyday, and to act astounded is plain insensitive and reflective of your privilege, even if well-intentioned. Numerous tweets regarding the advert include ‘they should be lucky they’re no longer slaves.’ Utterances like this are far from uncommon. Many white people may say ‘oh they’re just hiding behind a computer screen so don’t worry,’ as if this is not a serious problem, when in reality it is just not a problem for them. It may ‘just be online’ but racism is not confined to certain technological domains. It is dismissive to assume that this only happens rarely when in fact subtle white supremacy continues to thrive in our nation. Yes our nation is tolerant. Tolerant of racism.

The gammon have even gone as far to boycott the second largest supermarket chain in the UK, out of fear of ‘becoming a minority.’ Sainsbury’s responded to the backlash by stating that they ‘represent and serve our diverse society and are proud to be celebrating Black History Month with our colleagues and customers.’ Despite the fact that the Black British population composes 3% of the Great British population, they are not represented in the media anywhere near as much as this figure. Over the years, this underrepresentation has improved. But it appears that the tables have turned. Now it is white people that feel that they are ‘not represented enough,’ as if one supermarket advertisement that they are not featured in eradicates their omnipresence in every other sphere.

The reception of this advert signifies a deep-rooted problem that only white people have the power to change. Addressing race-related issues are uncomfortable, but life is not a bed of roses. And especially not for people of colour.