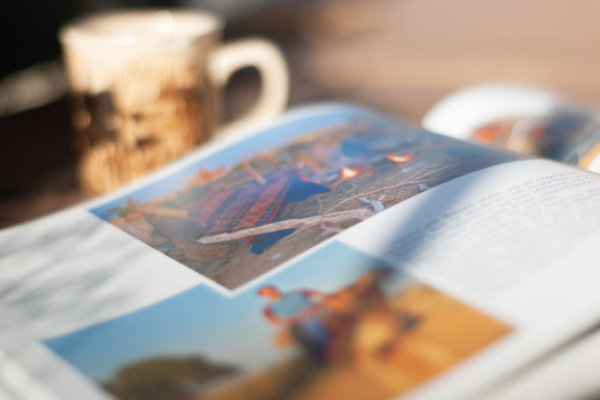 Characters in kimonos, kurtas, and cork hats… books and boxsets from across the continents of Australasia and Asia.

In the third and final chapter of our ‘Stories for Staycations’ series, we’re shining a spotlight on books and boxsets set across Asia and Australasia, from the Land of the Rising Sun to the Land of the Long White Cloud. Go panning for gold in the silty, fern-fringed rivers of New Zealand; totter down narrow Kyoto alleys in geta with meiko during cherry blossom season; board a train packed Indian-style, half of its passengers upon its roof. Or how about indulging in some vicarious viewing via our specially selected ‘Boxset not book’ suggestions?

All of the joy of travel, none of the jet lag!

It’s St. Valentine’s Day, the year 1900, and a gaggle of private schoolgirls don straw boaters and their frilliest petticoats before flouncing off to the Hanging Rock camp grounds for their annual picnic, under the watchful eye of Scotch egg- sorry, school-mistress- Greta McGraw. Yet that evening not all of the picnickers return to Mrs. Appleyard’s College for Young Ladies. There’s something fishy afoot, and it’s not just the hastily-packed tuna pasta in the picnic hamper…

Picnic at Hanging Rock, for all its Victorian setting, is a clear product of the psychedelic Sixties, and just as trippy as its original dust jacket suggests. It begins with the brilliantly evasive:

Whether Picnic at Hanging Rock is fact or fiction, my readers must decide for themselves. As the fateful picnic took place in the year nineteen hundred, and all the characters who appear in this book are long since dead, it hardly seems important,

continuing to blur the boundaries between fact and fiction, rumour and reality, truth and tittle-tattle, throughout. One thing that is not in question, though, is the sprawling beauty of the Macedon plains.

At every step the prospect ahead grew more enchanting with added detail of crenellated crags and lichen-patterned stone. Now a mountain laurel glossy above the dogwood’s dusty silver leaves, now a dark slit between two rocks where maidenhair ferns trembled like green lace.

This one is indubitably based on a true story, however much the Australian Tourist Board may wish otherwise. Locals range from flaky cops to ‘full-on’ serial killers; when one in the latter category murders her entire family in the Outback, Eve embarks on a self-imposed mission of revenge. Tracking a gun-toting psychopath through tumbleweed towns and disused mine shafts: surely a venture loopier than a boomerang’s trajectory?

A rare glimpse behind the macquillage into the (silk) screened world of a Japanese geisha. Indeed, so secretive remains their society that Golden’s source for some sections of the novel, Mineko Iwasaki, received several death threats after spilling the (soya) beans to the author.

It tells a rags-to-riches-to-rags tale of grey-eyed Chiyo, sold from poverty in a Japanese fishing village to become one of Kyoto’s most sought-after geisha, only to have her closeted world quite literally obliterated by the atomic bombs of the Second World War. You’ll put the book down with an encyclopaedic knowledge of traditional Japanese dress (just call me obi Wan Kenobi), an with a spring visit to the country for cherry blossom season (hanami) at the top of your bucket list.

Meanwhile, the first-person perspective of Chiyo/ Sayuri throughout quite literally puts the I into geisha, subverting the usual dynamic of the geisha as passive object, subjected to the tourists’ gaze.

With the weather so warm and lovely, quite a number of men and geisha were strolling along, admiring the weeping cherry trees whose tendrils drooped onto the surface of the water. While I waited near the bridge, I watched a group of foreign tourists who had come to see the famous Gion district. They weren’t the only foreigners I’d ever seen in Kyoto, but they certainly looked peculiar to me, the big-nosed women with their brightly coloured dresses and their long hair, the men so tall and confident, with heels that clicked on the pavement.

Instead, it is the gawking foreigners who prove out of place, as much a ‘peculiar’ novelty as a Yo! Sushi-style conveyer belt (and just as confusing).

Giri/ Haji, so Google Translate reliably informs all Nippon novices, translates as ‘Duty/ Shame.’ Other oppositions in this eight-part thriller include listen to elder brother/ obey Yakuza (Japanese mafia) chief; harbour fugitive younger brother/ hand said brother over to police force; go to school and work hard/ stab predatory schoolmate with a pair of scissors and flee overseas to England. Then there’s Rodney, a Bafta-winning reason to watch all of his own.

A lopsided love blossoms between middle-aged, established author Theo Samarajeeva and teen artist Nulani in civil war-era Sri Lanka. The book is bookended with lavish descriptions of its ‘backwater’ fishing village setting, and prose reels the reader in, hook, line, and sinker…

The catamaran, its blue-patched sails no longer flapping, its nets full of glistening catch, came in after the night’s fishing. The breeze had died down, the air had cooled, and the fishermen’s sarongs slapped wet against their legs as they swung the boat above the water, to and fro, and up and along the empty beach, scoring a dark, deep ridge in the sand. Often, before the monsoon broke, the sea was like a mirror. The sky appeared joined to it with barely a seam, there was a faint vibration of thunder and along the shoreline the air hung in hazy folds, suspended between land, and sea, and sky.

Roma Tearne first trained as an artist (holding one of her exhibitions in Liverpool’s Walker Art Gallery in 1990) before turning her hand to authorship. This influence can be detected both in the pinpoint detail of her crystalline descriptive passages (the catamaran ‘blue-patched,’ the air all ‘yellow stickiness’) as well as in the realism with which the character of Nulani Mendes is drawn. The novel’s also a much-needed evocation of an often overlooked conflict- indeed, nationalist and Tamil tensions still simmer in the small, sickle-shaped country- even if the scenes describing Theo’s incarceration are a little too graphic.

Like many a wardrobe staple, comedian Romesh Ranganathan was MADE IN SRI LANKA. So when mother Shanthi accuses him of being a ‘coconut’ (brown on the outside, white on the inside, i.e. out of touch with his heritage) he heads to his homeland to rediscover his roots… and quite a few long-lost rellies, too. Irony is, Sri Lanka is famed for producing top quality coconuts…

This is how Madras-born Aravind Adiga chose to distil his Booker-winning debut, 2008’s The White Tiger. Recently listed as one of the BBC’s ‘100 Novels that Shaped our World,’ it follows the fates and fortunes of Balram Halwai, a round peg in a quare hole. Narrating his memoirs, somewhat unfathomably, in letters addressed to the sitting Chinese President, he dubs himself

At least one of the three epithets is deceptive. He is swarthy, his dark skin a marker of his subordinate caste status both in his village of Laxmangarh, and in the capital, Delhi. His eventual small-scale business venture ties him less to an evocation of Lord Sugar than does his sweet-making caste, a heritage he shuns in order to move from ‘the Darkness’ to ‘the Light’ as a general lackey employed by the local landowner’s son. An what truly ‘Thinking Man’ would decide to slit the throat of said employer…?

There are the rural villages with their ‘greenery, the bushes and the trees and the water buffalo lazing in muddy ponds […] the creepers and the bushes […] the neems and the banyans.’ Then there is the red of the seedy pleasure districts: ‘Ribbons of red paper and silver foil glittered between the rooftops of the street.’ There’s the ‘yellow cranes […] alternately gorging and disgorging immense quantities of mud’ in a 24-hour construction process aimed at modernising Delhi, and exploiting migrant labour.

‘White,’ after all, is a shade formed from the full spectrum of colours…

More relations across caste and class boundaries in the time of the British Raj, plus Julie Walters engaging in some very lewd behaviour (Mrs. Weasley, I am absolutely disgusted!).

Mix one part Agatha Christie with equal parts George Eliot and Russell Grant, then sprinkle with newly-panned gold nuggets. The result? Eleanor Catton’s 832-page epic The Luminaries, a pseudo-Victorian murder mystery set in gold-rush era Hokitika, New Zealand, plotted according to the alignment of the stars and planets.

It begins as the newly-docked Scot Walter Moody chances upon a furtive meeting of twelve local men, unwittingly raising the number to an inauspicious thirteen. Together, they speak of a missing cargo, an attempted suicide, and an unsolved murder…

Not only is the novel intricately and fastidiously crafted (the temperaments of each of the twelve co-conspirators correspond to those associated with the twelve zodiac signs), it also boasts one of the best courtroom sequences since Harper Lee’s To Kill A Mockingbird. It’s even made it onto the reading list of the local book club in Weld (see below). Then there’s the backdrop.

‘It’s a grand country,’ said Lauderback. ‘Look at those colours! Those are New Zealand colours, rinsed by New Zealand rain.’

Welcome to Weld, population 3, 250. To us it’s a backwater, to the Kiwi locals it’s the ‘wap waps,’ and to grieving Aussie journalist George Turner and family, fleeing the ghosts of his dead wife, it’s home for the foreseeable. The result is as amusing as the name of the local newspaper, News of the Weld, would suggest.

Fancy some Rainbow Reads for grey sky season? Click the link (you know you want to!).