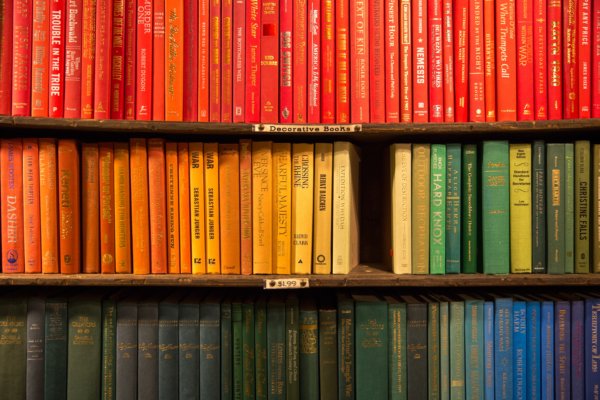 Rainbow Reads: 7 of the Best Books to Peruse over Pride

Celebrate June’s Pride Month with the joy of a good book – one placing the LGBTQIA+ community front and center.

Spring 2020, and rainbows signified hope post-Covid, and support for all our admirable NHS staff and key workers. Summer 2020, and we’re still not over the rainbow, with flags being hoisted up and down the country to mark June’s annual Pride Month. And with the days now exam-free and sun-filled, what better way to celebrate Pride than with the joy of a good book?

In all 7 of the recommended reads below, LGBTQIA+ characters are placed prominently, front and centre, protagonists of their own tales rather than relegated to the margins. But, let’s not overegg the political. From Ozark rednecks, to true-blue politicos to newly-appointed, green National Theatre directors, there are some pretty colourful characters- and plotlines- too keep you entertained too.

The tiny hamlet of Venus Holler doesn’t exactly have a gay scene; in fact, the townsfolk aren’t really that keen on ‘queers.’ It’s also lacking in any opportunities besides a life of petty crime, prostitution and poverty. Hence why titular titian-haired Jamalee concocts a plan to escape the insularity of their remote Ozark existence, roping in gay misfit brother Jason. Yet Little Miss Pomodoro Ponytail doesn’t bargain on events taking a tragic turn…

Although Woodrell treads perilously close to stereotype territory (gay Jay is a hairdressing protege), he redeems himself with a skull-scratcher of a plot, and the cherry (tomato?) on top is the beautiful arabesques of his prose. Reviewer Gabrino Iglesias commends ‘turns of phrase that are like ballerinas wearing overalls and filthy boots,’ for they serve to accentuate, not obfuscate, the town’s squalor.

‘There was an awful chunky road through the holler, paved out of pity once back in the bygones […] The houses had their roofs pulled down low over front stoops, like hats worn at sulky angles over hungry, stubbled faces.’

Unfortunately, Woodrell gets precious little literary attention outside of his native America, but he’s a pioneer of what’s known alternately as ‘country noir,’ or ‘grit lit,’ and deserves to be much more widely read. Film adaptations are paving the way for this, though; Tomato Red was released in film form in 2017, starring Anna Friel as Bev and Julia Garner as heroine Jamalee.

An exploration of the fraught process of navigating teenagehood, this cult coming-of-age classic perfectly captures the adolescent fear of not fitting in, and the perverse, contradictory wish not to. Patrick, for one, was just about managing to be popular until step-sister Sam ‘introduced him to good music.’ Now, he’s trying to manage a below-radar relationship with Brad, high school quarterback and local jock, who is unwilling to admit either to himself or his pushy father his sexuality. (Unlike Woodrell, Chbosky expands beyond common gay stereotypes.) As Patrick explains to naive freshman narrator Charlie: ‘Well, there are rules you follow here not because you want to, but because you have to.’

The novel’s 1991 Pennsylvanian society is one poised uncomfortably between acceptance of same-sex relationships- Charlie, for one, cannot understand quite ‘Why?’ he must keep Bradrick a secret- whilst still being one that defaults to homophobic slurs to end an argument.

Plotwise, it follows a complex menage a quatre that begins when student performance poets Frances and Bobbi are introduced to Dublin power couple Melissa and Nick. There’s all the hallmarks of a Rooney novel: a post-Crash Irish setting, whipcrack (or should that be craic?) smart adolescent protagonists engaged in verbal sparring, and all-pervasive instant messaging communication. (Rooney has been dubbed the ‘Salinger for the Snapchat generation.’) Plus, there’s a magnificent French villa-set set-piece midway through, to vicariously brighten up your summer 2020 staycation.

‘Over the harbour the sky was a pale coral colour, and the ocean looked dark like lead. Rows of yachts nodded in the dockyard and good-looking people in bare feet carried bottles of wine along the decking.’

Oh, you can almost smell the Chablis and brie…

A novel a little like a rum-based cocktail: part exploration of the failed assassination attempt upon reggae superstar Bob Marley, part expose of Jamaica’s gun and drug culture, part examination of the corruption of the island’s Cold War politics. All muddled together with a generous dash of Jamaican expletive. (A quite literal trigger warning for violence is also justified. Clue: killings do slightly exceed seven…)

Meanwhile, for one character, the enforcer Weeper, the machismo of ghetto culture and his newly-discovered homosexuality prove a difficult combination to swallow. James, like Chbosky, here successfully avoids stereotyping.

‘Nobody can see but the sky,’ Weeper tries to console himself whilst spending time alone with his lover. Quickly, though, he succumbs to paranoia, convinced of onlookers: ‘a window washer or a pigeon, whoever’s climbing the wall […] Air Jamaica’s going fly right by and Josey going see me.’

It’s an interesting intimation of vulnerability from a top-ranking gangland don, a character later transported to mid-Eighties New York amid its burgeoning AIDS epidemic.

Openly gay author James has himself admitted to struggling with his sexuality, resorting to exorcisms in his hometown of Kingston in an attempt to ‘cure’ himself. Sadly, even following the novel’s 2014 publication and resultant Booker win, he still felt it prudent to recommend his ‘mother stay away from part four of the book.’

Sarah Waters specialises in placing lesbian characters in various historical settings, a niche concern that has earned her many plaudits. Victorian-era Tipping the Velvet and Fingersmith are her most celebrated, but The Night Watch is more prescient, and timely for a nation marking the 75th anniversary of days V.E. and V.J. Narrated anti-chronologically in three discrete sections (1947, 1944, 1941), it revolves around the intersecting fates and fortunes of Blitz-era workers and volunteers. The novel received Lambda’s Literary Award for Lesbian Fiction back in 2007, and with not one, but four, lesbian protagonists, ranks high on the G.P.P. (gay per page). This, combined with the historical setting, serves to underscore the poignant reality of the vital warwork undertaken by the LGBTQIA+ community, for a country that would have shunned them for their sexual preferences. The treatment of Alan Turing- mercifully pardoned in 2014- is a tragic case in point.

Actions of a hypocritical Conservative minister causing a media furore… fact or fiction? Booker Prize-winning fiction, actually, courtesy of Ian McEwan. Whilst toxic frenemies Clive and Vernon are the novel’s main figureheads, it is their disagreement about the behaviour of a transphobic Foreign Secretary moonlighting as a cross-dresser that sounds the death knoll for their relationship. A no-holds-barred ethical debate ensues. Where better, then, to stage a reconciliation than sexually liberal Amsterdam. Or is there a more sinister reason for going Dutch?

Master of the metaphor, McEwan deftly conveys the necessary awkward negotiation around another’s sexuality. ‘We know so little about each other. We lie mostly submerged, like ice floes, with our visible social selves only projecting cool and white.’ Man is ever a mystery.

Last on the list- but certainly not least- is Booker winner no. 3 of 3, Bernardine Evaristo’s Girl, Woman, Other. A polyphonic page-turner, it features twelve narrators, a hundred year slice of black British history… and very little in the way of punctuation. Meanwhile, Evaristo manages to tackle not only issues surrounding race rights, but also gender rights, gay rights, and trans rights too. (Her epigraph dedicates the book to ‘the LGBTQI+ members of the human family.’)

Overall, plot proves subordinate to character: each chapter probes the lives, loves and losses of three interconnecting women, but from beginning to end the narrative only advances from dawn to dusk on a single day. This is no great loss, though, for the characters are so colourfully and convincingly drawn. Among her dynamic dozen are Mx. Megan/Morgan Malinga, member of the Twitterati/ prominent transgender activist, and Dominique, survivor of an abusive relationship on a women’s-only ashram. Most engaging, though, is Yazz, the kind of person you’d swipe right for if Tinder proffered mates, not dates. Founder of her uni squad, ‘the Unf***withables’ (goals!), she’s also the daughter of the novel’s core family, self-proclaimed ‘humanitarian badass whose mother is a lesbian luvvie and whose father is a gay ‘intellectual.’’ More alternative energy than the traditional nuclear family set-up, it’s what the Germans would poetically refer to as a Regenbogenfamilie: a ‘rainbow family.’

Pride celebrations continue throughout the month of June, culminating in Pride Day on June 27.