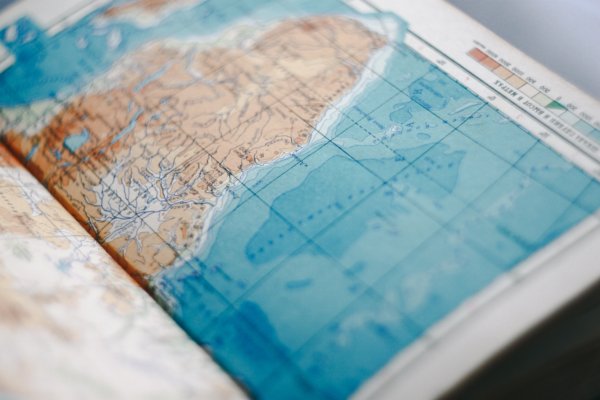 ‘There is no Frigate like a Book/ To take us Lands away.’

Set sail for Africa with the second instalment of our ‘Stories for Staycations’ series.

To take us Lands away…

So proclaimed Emily Dickinson, poet extraordinaire, and poster-girl for Random Capitalisation. If so, why not chart a course to Africa, the ‘Cradle of Civilization,’ a land that’s birthed Achebe, Bulawayo, Coetzee (plus authors enough to extend to ‘Z’ hand the author of this article not sensed your attention lapsing pre-parenthesis)? After all, African lit is having a moment right (or should that be ‘write’?) now: of the recently released Booker longlist nominees, two feature Afro-centric plots, penned by African authors (Tsitsi Dangarembga of Zimbabwe, and Ethiopia’s Maaze Mengiste), while fellow longlister Brandon Taylor received funding from Kimbilie Fiction, an outfit dedicated to the promotion of African culture through diasporic voices.

And while not even an entire bookshop, never mind a single bookshelf, can cover the complexity of a continent, these dynamic half dozen are a great place to start. The novels span remote Bedouin encampments in the North and bustling metropolises in the South, and trace the coming, chaos, and consequences of colonialism across the twentieth and twenty-first centuries. Plus, if you’re more square eyes than book circle, the ‘Boxset not book?’ feature returns, recommending related series, sitting pretty, ripe and ready for streaming.

Achebe’s debut and masterwork: indictment of colonialism, paean to ‘Yam, king of the vegetable.’ Things Fall Apart (1958) follows Okonkwo ‘Roaring Flame,’ champion wrestler and local heavyweight revered not only among his clansmen- including three wives and eleven children- but throughout the nine villages of Umuofia. Then into the ring steps his most formidable opponent yet: the White Christian Missionary…

The novel is notable for its inversion of the expected perspective of a colonial-era narrative, managing to capture both the beauty and the brutality of tribal life in rural Nigeria, all in prose steeped in traditional proverb and folklore.

‘At last the rain came. […] Palm trees swayed as the wind combed their leaves into flying crests like strange and fantastic coiffure. When the rain finally came, it was in large, solid drops of frozen water which the people called ‘the nuts of the water of heaven’.’

At once exotic, yet somehow familiar. Plus, I’ll be borrowing the phrase ‘strange and fantastic coiffure’ to describe my friends’ latest lockdown ’dos.

Boxset not book? Try: The Tribe Next Door (Channel 4/All 4).

Little Miss (Scarlett) Moffatt sat on a… plane, and flew with her family to the Namibian desert, to spend a week living alongside the Himba peoples. Cross-cultural negotiations as to the optimum number of shoes and sexual partners, among other things, ensue in this fascinating four-part social experiment.

Winner of the 1992 Man Booker Prize, winner of the 2018 Golden Booker Prize… and possible inspiration behind the series Love Island. (Romantic) action takes place in a semi-abandoned Italian villa, as in the dying days of World War II, nurse Hana attempts to keep her enigmatic ‘English Patient’ alive, with some assistance from not-so-happy sapper Kip. As the recuperating invalid reflects upon his military experiences and salvation by the Bedouins, the novel meditates upon memory, trauma, and the oft-forgotten North African campaigns of the Second World War. ‘In 1939 the great decade of Libyan Desert expeditions came to an end, and this vast and silent pocket of the earth became one of the theatres of war.’

‘All the reprobates of Tangier come here.’

This time from the missionaries’ perspective, as Kingsolver’s novel traces the thoughts, feelings and fears of the five-strong female contingent of the Price family, circa 1960 to 1990. Wife Orleanna Price, and daughters Rachel, Adah, Leah and Ruth May, accompany zealous Baptist preacher Nathan to a remote outpost in the Belgian Congo. With Georgia exchanged for jungle, the emigres are at first as incongruous as the pre-prepared Betty Crocker cake mixes they insist on packing into their hand luggage. And like a poorly whisked sponge, their adventure soon falls flat when tragedy strikes. For the aptly-named Price sextet, the move to Africa proves to exact a pretty extensive toll.

Georgia On My Mind: The Prices initially struggle to adapt to the harsh realities of Congolese jungle life.

It has been said by Robert Harms that in the DRC, once the Belgian Congo, and subsequently Zaire, ‘So dense is the vegetation that a raindrop falling on the canopy can take up to ten minutes to reach the ground.’ Thus it comes as no surprise that author Kingsolver spent significant portions of her childhood in the country, for she captures the almost choking overabundance perfectly, from the first.

‘Imagine a ruin so strange it must never have happened.

First, picture the forest. I want you to be its conscience, the eyes in the trees. The trees are columns of slick, brindled bark like muscular animals overgrown beyond all reason. Every space is filled with life: delicate, poisonous frogs war-painted like skeletons […] This forest eats itself and lives forever.’

Courtesy of script-writing royalty the Williams brothers comes this eight-part thriller. It’s the midnight plane for Georgia, as she glimpses newsreel footage of her husband, despite his apparent death three years earlier. With the police dismissing her as mad as a box of (Congolese dwarf) frogs, Georgia’s self-imposed search leads first to the DRC then on into neighbouring Rwanda, as she unearths secrets that expose our continuing exploitation of both countries for their natural resources. Suspiciously smooth-skinned Kate Beckinsale leads, but it’s a commanding performance from Olafur Darri Olafsson that steals the show: Iceland’s best idea since frozen Greggs sausage rolls.

A mere 22 years and 20 sequels later, and the original has become a classic, worthy of a rating of at least ’97%.’ It’s comedy meets (petty) crime capers in the Cape of Africa, as the indefatigable and ‘traditionally-built’ Mma Ramotswe establishes the capital’s first-ever solely female-run private investigators service. Each and every character is a marvel, immaculately well-drawn: there’s Grace Makutsi, for one, the pompous secretary insistent upon dotting every i, crossing every t. Then there’s Precious Ramotswe herself, who seems to spend an inordinate proportion of her time drinking tea (redbush, preferably… oh, and a dozen of those matemakwane, if you’d be so kind).

Creator McCall Smith, now professor at Edinburgh University, has spent time both in Botswana, and nearby Zimbabwe. His affectionate familiarity with the landscape suffuses the prose.

‘Mma Ramotswe had a detective agency in Africa, at the foot of Kgale Hill. These were its assets: a tiny white van, two desks, two chairs, a telephone, and an old typewriter. […] There was also the view, which could appear on no inventory. […] To the front, an acacia tree, the thorn tree which dots the wide edges of the Kalahari […] on the horizon, in the blue shimmer of heat, the hills, like improbable, overgrown termite mounds.’

I’d recommend you make like a termite, burrow under the covers on a rainy day and mentally relocate to Botswana’s capital, Gaberone, in the company of Precious, Grace, and Mr. J.L.B. Matekoni.

A programme full of heart, and pre-talent show-era Amanda Holden. Bristol-based vet Danny and his family decamp to Botswana’s border buddy South Africa to set up a surgery/wildlife sanctuary. Expect soapy shenanigans and ample shots of the ‘Big 5.’ It’s a yes from me!

‘Ghana Must Go’ is more than just a bag: it’s a book, too. Like the bag, it holds a lot: family feuds and long-buried secrets, twin telepathy, emigration, egusi… and slippers. (First sentence: ‘Kweku dies barefoot on a Sunday before sunrise, his slippers in the doorway to the bedroom like dogs.’ Final sentence: ‘She picks up his slippers and brings them inside.’) The story follows the six members of the Sai clan (and their various slippers); the death of one family member ins the catalyst for the estranged and geographically disparate remainder to return to their ancestral Ghana, and confront their past. Set across three continents (‘it seems to contain the entire world,’ pronounces Eat, Pray, Love author Elizabeth Gilbert), it is the Ghanaian tableaux which are the most vividly drawn.

‘Accra, somehow different than he expected, not like Mali or Lagos, less glamour, more order. A suburb. With dust. There are the standard things, African things, the hawkers on the roadside, the colour of the buildings the same faded beige as the air and the foliage, the bright printed fabrics […] What strikes him is the movement, neither lethargic nor frenetic, an in-the-middle kind of pace, none of the ancientness of Mali nor the ambitiousness of Nigeria.’

Through her character Kehinde, Selasi eschews essentialism to remind us of the idiosyncrasies of three among the 54 countries that combine to form the kaleidoscopic continent of Africa.

And you thought human families were complicated! Join velvet-voiced documentarian David Attenborough as he travels across Africa in a series that took four years to film, journeying Kalahari to Cape and smooth-talking springbok, quelea, and a baby black rhino along the way. The programme’s had the royal seal of approval, too: mini Windsors George and Charlotte are big fans.

Fancy some Rainbow Reads for grey sky season? Click the link (you know you want to!).