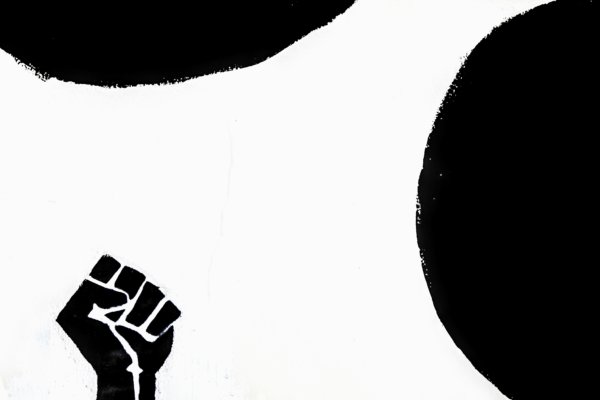 Black Lives Matter is an Ideology, Not a Trend.

This article may offend some, but as the much-needed Black Lives Matter movement teaches us, it is necessary to raise your voice in order to achieve racial equality. Whilst this particular issue is only a minor symptom of the racist society that we live in, it results in the mass ignorance that embodies racism.

The Issue at Hand

Fake tanning is a popular trend that has existed for as long as I can recall. In the UK, influential reality television personalities like Joey Essex and Katie Price have facilitated its success. However, they are often ridiculed for the extremity of their artificial colouring, as most people favour a more natural base. Whilst I am aware that people may exercise their rights as they wish, excessive fake tan is problematic.

My first question: why is it when a white girl adorns herself with fake tan, it gives her a ‘healthy sun-kissed glow?’ Or look like she’s ‘fresh off the Greek coast?’ But when I, a naturally melanated South Asian woman wear my skin as nature intended, I cannot escape a racial connotation. I am constantly hounded with questions like ‘have you been forcefully married off yet?’ or ‘did your parents let you go to university?’ Unfortunately, I cannot wipe my skin colour off. But fake tanners benefit from the perceived attractiveness of this slightly tanned skin that isn’t quite browned enough to risk being called a ‘P*ki’ on the street. In fact, I remember running late for work on a cold winter’s morning, approached by a homeless man begging for change. I was more than happy to fulfil his needs but I was in a rush and don’t tend to carry cash anyway. As a result, he screamed ‘go back to your own country you P*ki.’

My friend’s parents are not exempt from making ignorant comments. But I have learned from a young age to awkwardly laugh them off. This is a reflex that far too many ethnic minorities are well-accustomed to for my liking. As an adult, I am aware that micro-aggressions are wrong, but remain somewhat accepted as marginalised groups in society hold little institutional power. Thanks to movements like BLM, I feel more comfortable acknowledging that white privilege is real, without fear of being labelled as a pessimist.

Even my father has been asked ‘do you speak English?’ by the postman, solely because he was wearing traditional Pakistani garments in the house. He is actually a physician who can speak multiple languages yet the layman wouldn’t expect this intellect for some reason. Whilst both of my parents are immigrant doctors, many of my mother’s patients are in utter disbelief when they find out her ethnicity, as if it’s impossible to be a Pakistani woman that doesn’t wear a headscarf, or isn’t a house-bound housewife who cannot speak English, has no degree, or is controlled by her husband.

Even when visiting Marrakech back in 2018, the shopkeeper in a market stall lowered his prices for us, as in his own words, ‘Pakistanis are poor.’ At the time this was of benefit as bargains are always welcome, but upon reflection, it plays into the idea that we are one homogenous group. Why is it that we are conflated with poverty and low levels of education Simply put, it is draining having to address these racially insensitive comments on a frequent basis. Situations like these are draining and normalised; they feed into a colonialist discourse which favours white people at the expense of ethnic minorities, even in former colonies where many have internalised the self-hate from prior generations.

My native Britain is often touted as being a tolerant and welcoming nation, but this is simply not the reality for ethnic minorities. The Britain they speak of is not the same Britain where I have to send 70% more applications to employers than my white counterparts, just to get my foot in the door.

White people that emulate features from the BAME community do not deal with the racial struggles that we face on a daily basis. Why is my natural hue described as ‘brown’ but yours is ‘tan’? The colour brown can be likened to faeces and mud whereas tan connotes a healthy ‘just been abroad’ glow in popular media. This stark linguistic difference is significant. Tan skin on caucasians is supposedly ‘sanitised,’ but it is ‘dirty’ in BAME communities.

Linguistic issues aren’t limited to skin colour either; anglicised names like ‘Harry’ and ‘Olivia’ are favoured over names like mine that need repeating multiple times over the phone. In fact, many POC give their newborns English names to avoid future problems in employment, at the expense of their own cultural identity.

Why does this difference exist? Why is my colour not glorified, instead stigmatised and evocative of honour killings and a backwards civilisation? This is why: I am different. I am othered. Revolutionary books like Edward Said’s Orientalism explain the racial othering that the BAME community experience. I remember the taunts directed at my thick South Asian eyebrows when I was in secondary school. I felt alienated. But as soon as the white supermodel Cara Delevingne popularised ‘bushy brows,’ my peers praised me. I even won the best eyebrows in year 11. This is just another example of white people disregarding natural BAME features until they are ‘trendy’ and therefore ‘worthwhile.’

This alienating also extends to clothing. I can recall being 13 years old when I was shopping with my family, after attending an Asian function. We were in traditional attire so I begged my mum to let me stay in the car to avoid the humiliation and stereotyping. I went inside reluctantly and experienced my worst nightmare, a group of my classmates sneering at me, presumably for my clothing. From this day onwards, I have never worn my traditional wear in public ever again, even limiting it in private contexts like my home.

Another problematic phenomenon that I will delve into is ‘blackfishing.’ For those of you who are unfamiliar with the term, it ‘is a recently-coined term used to describe someone accused of pretending to be black on social media by using makeup, hair products and in some cases, surgery to drastically change their appearance.‘ Often, it is well-intentioned white women ‘appreciating’ stereotypically black features, like deeper skin tones and curly hair. But regardless of how oblivious these influencers act, they are capitalising off traditionally BAME features. Meanwhile, the BAME community face exclusion from media representation, despite having the naturally full lips and darker skin that so many white influencers strive for.

It concerns me how normalised this has become. Black nurse Dara Thurmond echoes a sentiment that many POC resonate with. Speaking to Radio 1’s Newsbeat, she expressed that black people ‘just being ourselves’ has ‘always been frowned upon.’ She adds that white impersonators are unaware of ‘the struggle that black women go through just to be accepted as who they are.’ As WOC, neither I nor Ms Thurmond have the luxury to scrub our skin colour away, unlike these public figures. Instead, we suffer the inescapable discrimination that they will never suffer.

Rachel Leary is a UK-based makeup enthusiast who creates beauty content on Youtube. In all honesty, I really enjoyed watching her tutorials, until she mixed her foundation shades in this video. Firstly, mainstream beauty affords white people a vast array of foundation shades, and, not to mention, very accessibly. Leary mixes together shades significantly darker than her natural colouring. This is redundant and a complete mockery of BAMEs; many POC buy multiple foundation shades because we have to mix our own. So for Leary to choose this colour willingly is categorically offensive.

But what I find taxing to understand is the actual colour that she adorns herself with. Frustratingly, she uses the exact same shade that I, a South Asian woman wear. She washes this off before she goes to bed and completely evades the struggles of being an ethic minority in a Eurocentric society. It is infuriating to say the least. Despite this, she maintains a huge following and promotes this practise to many young women around the world. She inadvertently diverts the attention away from content creators who have naturally dark complexions. This signifies a wider societal problem, although it is trivial on the surface. Popular culture icons like Ariana Grande also perpetuate this form of cultural appropriation, yet the masses still idolise her. Her complexion started off as porcelain, but her skin tone has abruptly changed throughout her career. She receives little backlash for this, whilst black artists like Beyonce are criticised for ‘skin bleaching.’ I feel that this is another example of white privilege.

Whilst keeping yourself safe during the Covid-19 outbreak, please remember that racism is also a pandemic. Most White British people do not realise how we suffer in silence. My heart sinks whenever a shop alarm beeps; my hands immediately proceeding to rummage through my receipts in the hope that I am not stopped and searched. The moral of the story is to think before you revere and to challenge the outdated perceptions deeply ingrained in the minds of many. And don’t forget, Black Lives Matter is an ideology, not a trend.