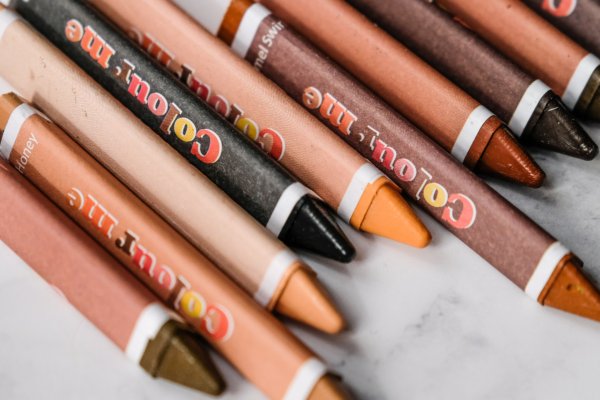 Jesus wasn’t white, and why this matters

Western history often tells us that Jesus, an essential figure for modern-day practisers of Abrahamic religions, is white-skinned. While this is historically inaccurate, the question worth pondering, is why? So, why do we equate images of the revered spiritual leader with typical European features, when credible historical records clearly indicate that he was born in Jerusalem – an area whose precise location is still hotly debated to this day. But regardless, it is very likely that he was of an olive complexion, due to his Middle Eastern heritage. Think Salma Hayek, not Anne Hathaway.

The Impact of White-Washing

White-washing is a symptom of our Eurocentric society. What is it you ask? A term you may be familiar with. It is defined by Merriam-Webster as ‘altering (an original story) by casting a white performer in a role based on a nonwhite person or fictional character.’ On the surface level, this accounts for instances where Hollywood actor Scarlet Johansson was cast as the Japanese female lead in anime movie Ghost in the Shell, when she herself is not, in fact, Japanese, nor remotely East Asian. Casting white actors in place of non-white actors are quite common to Hollywood. In fact, yellowface, like blackface, has been noticeable even in the most iconic, celebrated films of the industry. Famed Breakfast at Tiffany’s for example, cast white American actor Mickey Rooney to play Japanese heritage character Mr Yunioshi. Why is this movie still so revered to this day?

However, a secondary meaning that goes beyond the surface is ‘ to portray (the past) in a way that increases the prominence, relevance, or impact of white people and minimises or misrepresents that of nonwhite people.’ Essentially, this is to do with representation and inaccurate portrayal of BAMES. The skin lightening Snapchat filter and non-white celebrities being anglicised – these are modern-day examples. But, Naomi Campbell is black and successful you may ponder. But she fits the Eurocentric ideal of having straight hair and a slender nose. Tyra Banks is another prominent black woman, but her green eyes more than likely helped pave her way to mainstream western media success, by not looking ‘too black’ as this would deviate from the glorified white-skinned, blonde and blue-eyed ideal for women in the west. Beyonce was found to be the victim of skin lightening by a L’oreal campaign.

What message does this send to the youth?

That to look beautiful, we have to look more ethnically European? Well, this is an unrealistic standard to set. I myself struggled to find a foundation shade that wasn’t too light for me when growing up in northern England. Thanks to the likes of Rihanna however, things are changing and makeup shades are diversifying on both ends of the spectrum. Many children feel the same sentiments I did. With little representation, we are deemed undesirable by the masses, or subject to fetishes due to stereotypical racial imagery found in the portrayal of docile Asian housewives at the other end of the extreme.

The Effect on Asian Cultures

Chinese-American news anchor faced pressure for ‘looking too Asian’ early on in her career by an agent who said ‘I cannot represent you unless you get plastic surgery to make your eyes look bigger.’ She went on to have double eyelid surgery and is now a successful presenter for massive network CBS. Isn’t it disgusting how in this day and age, ethnic minorities are expected to ‘look white,’ in order to be successful? As a South Asian woman, sometimes I wonder if having lighter skin, eyes and hair would benefit me in my career and dating life. But I refuse to change myself to fit into these unattainable beauty standards.

Slightly different issues are seen in South Asia. As a result of British colonialism, these countries host a massive colourism dilemma. White skin is seen as optimal and indicative of a higher social class. This has created the market for controversial but widespread skin-lightening cream Fair and Lovely which contains questionable melanin suppressing properties. Interestingly, this is sold by the Hindustani division of Unilever, a British owned company. Are these ideals acceptable for us to promote as Brits?

The history curriculum we use in schools also adheres to these Eurocentric ideals, downplaying the effects of the British Empire, which persist to this day. Non-white people are constantly shown as powerless and uncivilised by our textbooks when history proves that every group has done good and bad. This narrative will only alienate non-white pupils and further the racial divide.

These Eurocentric beauty standards are heavily embedded in our society, whether overtly or covertly. The film, beauty and even educational industry are key culprits for these anti-BAME themes that permeate in our culture.

So, why is Jesus commonly portrayed as white? Eurocentric standards unfortunately still dictate our society. It seems like the historical beauty standards that enabled Jesus to be portrayed inaccurately exist to this day in these modern forms.