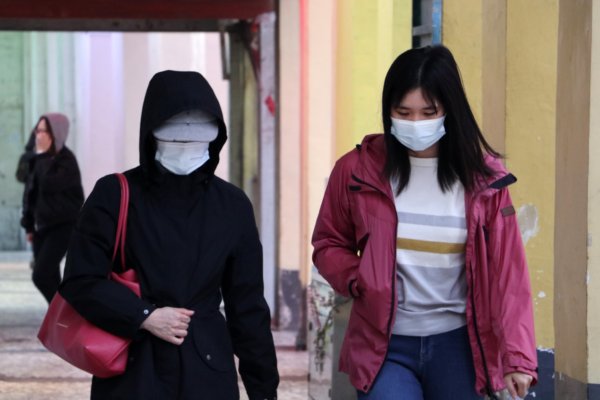 Coronavirus causes spikes in cases of racism against Chinese students

Sales of masks have soared exponentially since the Covid-19 pandemic. This was already the norm in China. An abundant proportion of the Chinese population incorporated them into their daily routines before the pandemic even hit the UK.

With much debate over correct mask protocol, and controversy surrounding the lack of PPE for key workers, we have seen attempt after attempt in people trying to obtain these sought-after masks. But what we fail to draw attention to, is the racism faced by members of the Chinese demographic choosing to wear masks. This racial discourse has been aided by US President Trump, who is known to have referred to Covid-19 as ‘the Chinese virus.’ This leads to many of the international Chinese student population forced to pick between abandoning their masks or potentially risking the virus – a threat to themselves and to others. This has tainted the student experience of many Chinese international students who have had to flee back home hurriedly, due to the unexpected circumstances.

Speaking to an unnamed second-year Chinese exchange student at the University of Liverpool, I learnt of an incident in front of the Disney store in Liverpool One. A young boy uttered a racialised profanity to her face, for what she believes is because she was wearing a mask. Despite this mask-phobia, she claims that her experience in Liverpool has been great and remains unhindered by what she described to me as ‘an exception.’

Leeds-based charity Stop Hate UK is a charity which aims to raise awareness about hate crime. From the onset of the outbreak, their helplines have received an increased number of phone calls in relation to racism towards East Asians. This is often not talked about as we claim to be an inclusive society but still have a substantial amount of racism to tackle. Things may be better than they were in the 60s, but they are not perfect. We have the responsibility to uphold our British values of diversity and equality.

As a BAME person, the racism that we already have to deal with is draining enough but seems to have intensified throughout this pandemic. In reality, we should be focusing on the health of the people around us. Reports have even surfaced that due to fear and media sensationalism, people are avoiding Chinese takeaways. If the virus had origins in Italy however, I do not believe that the masses would have boycotted Italian food.

If you or anyone you know has been racially abused during this pandemic, please contact Stop Hate UK if you would like encouragement on reporting such a crime.