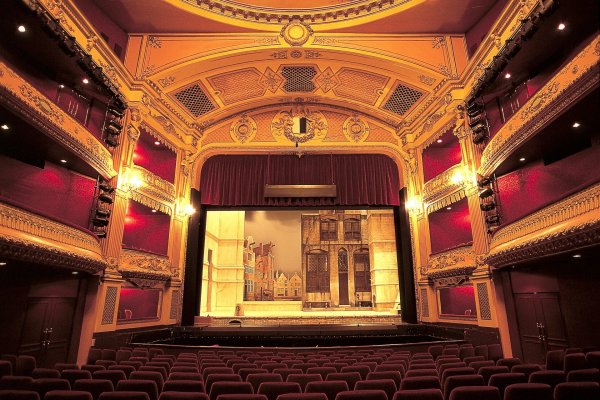 A Little Love for Theatre

Broadway made the shocking announcement on the 12th March that all shows and venues will be closing for the foreseeable future due to the Coronavirus pandemic. West End shortly followed by announcing its closure on the 17th March, after PM Boris Johnson advising: “You should avoid pubs, clubs, theatres and other such social venues”.

Whilst this is undeniably the right decision, it is still sad to see the lights dim on West End’s stage. As someone who is hugely invested in the theatre community, it was upsetting and worrying to see the closure. What does this mean for the future of theatre shows? What about the actors and actresses who are now out of work like all other self-employed members of society?

However, the theatre has stepped up to provide light and entertainment. After a few weeks of scouting emails and updates from online, I have rounded up some of the best ways to support and keep the spirit of theatre alive during this period of uncertainty.

If a show you were going to see has been cancelled, there is an option to change that refund to a donation. However, this can be quite pricey, especially for the West End shows. Therefore, why not try donating a small amount to the theatre via their websites?

Alternate ways to donate is through charities. Royal Variety Charity and Acting for Others are charities that help support the theatre and its employees in the entertainment industry during stressful times of unemployment. Recently off-West-End musical Eugenius! returned to stage (well, screen) to be streamed online via their Facebook page to help raise money for Acting for Others charity. This was a massive success, with a total of £13,000 raised for charity! LGSM has written a review of the event here.

One good thing to come out of this is big-name theatre stars have joined together, from the comfort of their own homes, to bring some well-loved songs to us in isolation.

Music genius Andrew Llyod Webber has been posting frequently on his Twitter clips of him playing some of his most-loved songs. These include ‘All I Ask of You’ and ‘Any Dream Will Do’. Challenging Webber to a playoff, Lin-Manuel Miranda joined in to play ‘Everything’s Alright’ from Jesus Christ Superstar. Two of the best musical maestro interacting was honestly one of the best things to happen in the first week of isolation! Follow them both on Twitter here and here to watch for yourselves.

Other amazing collaborations include Ben Platt and the Cast of Dear Evan Hansen reuniting for #HomeFest:

Musical Theatre legend Alfie Boe joins the Barricade Boys, Ramin Karimloo, John Owen-Jones and others to sing a beautiful rendition of ‘Bring Him Home’ to celebrate our NHS:

And the Phantom of the Opera Orchestra joined Andrew Llyod Webber to bring “Stay safe, that’s all we ask of you”, which can be found here.

Leave A Light On Concert

A new series of online concerts has been announced called “Leave a Light On”! Every day, every week, there will be three 45-minute performances from a variety of West-End stars. The first show will start at 2:30 pm, then 4:30 pm and 6:30 pm. The Theatre Cafe company are hosting these online concerts, where the lineup changes every week. The stars performing this week are Sophie Isaacs (Heathers), Aimie Atkinson (Six), Marisha Wallace (Waitress), Declan Egan (Jersey Boys) and Daniel Koek (Les Miserables).

Since shows have had to end, many companies and online streaming services are starting to make productions available online. You can find anything from contemporary modern plays, musical theatre, or good old Shakespeare.

For example, National Theatre Live productions are to be streamed for free on YouTube starting Thursday 2nd April. First up is a hilarious Tony-Award winning performance from James Corden in One Man Two Guvnors. All shows will be streamed at 7 pm on NT’s YouTube channel every Thursday. This includes Sally Cookson’s Jane Eyre and Bryony Lavery’s Treasure Island.

Shakespeare’s Globe has announced the release of 40 free productions to entertain the masses from home. Some of these include Michelle Terry’s Hamlet (2018), The Merry Wives of Windsor (2019), and A Midsummer Night’s Dream (2013). These will be available from its Globe Player service for free! Find out more here.

The BBC is broadcasting and streaming six RSC shows as part of the “Culture in Quarantine” scheme. Some of these productions include the brilliant Macbeth starring Christoper Eccleston, Much Ado About Nothing starring Edward Bennett and Michelle Terry, and Othello starring Hugh Quarshie. Many of these productions twist Shakespeare’s play into compelling modern settings – they are a must-watch! Find these productions here, available via BBC Four and BBC Player.

Why not book a show for 2021? Many theatres are hoping to re-open this winter. The best way to support shows is to book to keep it open and running as they deserve. Some great West End shows that have confirmed bookings for 2021 are Harry Potter and the Cursed Child (Palace Theatre), Wicked (Apollo Victoria Theatre), SIX (Arts Theatre), The Play That Goes Wrong (Duchess Theatre), Mamma Mia! (Novello Theatre). Suspected shows to be running in 2021 include Les Miserables, Phantom fo the Opera, Hamilton, and Dear Evan Hansen.

New shows that are opening for the winter period are The Ocean At The End Of The Lane (Duke of York’s Theatre), Cinderella (Gillian Lynne Theatre), and Frozen (Theatre Royal Drury Lane).

A fantastic way to keep up to date with all things theatre is through websites such as WhatsOnStage and the London Theatre Reviews. The writers at WhatsOnStage have been incredible by updating and informing everyone on the latest concerts, streams, closures and more. Here is a link to their article detailing every stage show, musical and opera you can watch online for free right now!

Looking Towards the Future

There will be a light at the end of the tunnel. But, in the meantime, why not take advantage of all these incredible services that companies are providing to us for free. And in return, we can help support our theatre communities!