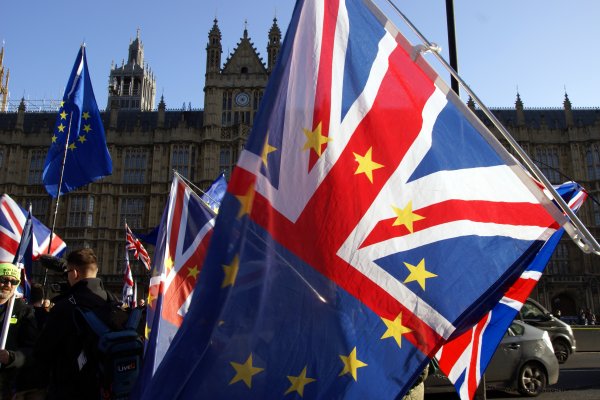 Time To Say Goodbye to the EU

Friday 31st January 2020 – this day marked the end of the UK’s membership in the European Union (EU) and the official day of Brexit. Whether you are celebrating or commiserating, it is important to know the facts of what has happened and what is to follow.

What happens after Brexit day?

As of January 31st, the UK is no longer a member of the EU. It may still feel like nothing has changed. This is because there have been no changes put into effect yet. You may ask why this is, since we as a nation no longer exist as EU citizens. Well, this exit doesn’t necessarily mean that Brexit is entirely over. In fact, there is still much to discuss and negotiate to officially leave the EU.

The 31st of January marks the official leave; the initial, immediate issues of which have been agreed on by both the UK government and the EU. However, there is much left to discuss in regards to the future of the nation. We have now entered an 11-month period of transition where, as mentioned, nothing has actually changed, as all details of the laws of the country, the relationship with other nations, the economy and many other issues must be discussed and evaluated with the EU and its member states.

These discussions will be lead by a 40-person task-force, operating in 10 Downing Street. The Guardian reports that “until at least the end of December 2020, the UK will remain in the EU’s single market and customs union and continue paying into its budget; people, goods, capital and services will continue to move freely across the bloc – including the UK – as before.” This means that the average UK citizen is likely to not be affected by any changes.

What has already been discussed and decided?

So far, the EU and the UK have agreed on the ‘EU Withdrawal Agreement’ – that is, the means for us to have left the EU. The agreement was agreed upon in 2018, with revisions made in October 2019, made up of 599 pages. The agreement can be summarised into its key points as follows:

This gives a clear definition of the territorial scope of the UK, affirms the legal liability of the agreement and after the transitional period, the UK will be denied access to any network, information or database established under Union law.

This section defines and provides the personal scope of citizens, family members, frontier workers, host states, and nationals, the continuation of residence and non-discrimination.

Those with valid documentation won’t require entry and exit visas. Host states requiring family members who join a uk national of union citizen after the transitional period to have entry visas must provided accelerated processes to acquire them. It also highlights the issue of issuing of and limitations on permanent residence permits. Furthermore, it clarifies the rights of rights of workers and self-employed individuals.

This section outlines issues of special cases like the adaptation and/or development of Union laws and administrative cooperation between the UK and the EU.

Goods Placed on the Market

The agreement claims that any good or service that was placed in the market before the signing of the Withdrawal Agreement will be available to the consumers in the UK or Union States.

Essentially this discusses the issue of VAT on goods. The agreement states that the UK will have access to information on the application and processing of VAT.

The main revision to the agreement was the issue with the border between Northern Ireland and the Republic of Ireland. The ‘backstop’ is removed and will be replaced with a new protocol. The protocol would require the UK as a whole to withdraw from the EU Customs Union, with Northern Ireland being included in UK trade deals. But Northern Ireland would adopt the Single Market’s regulations on goods in order to prevent a hard border.

What is left to decide?

Arguably, the priority for both sides is the establishment of a free trade agreement, which will be the economic basis for the two. The ideal agreement for the UK and the Eu would be a zero-tariff, zero-quota goods trade. The EU states that one condition will hold them back from agreeing on this – the UK promise of not dumping. This means that EU do not want to the UK to lower their social and environmental standards in order to compete with the EU.

Other issues aside from trade include issues of foreign affairs, security, the environment, education and even ties such as culture. What will come of these issues and the likelihood of a smooth resolution is unknown as of yet, but there is hope on both hands of a resolution nonetheless.

Click to view the full documentation of the 2018 and 2019 Withdrawal Agreements.