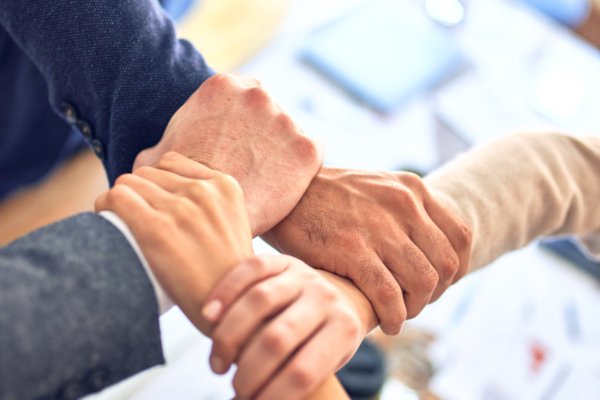 You may all be aware that this week, many of the University staff will be participating in strikes. However, there is much confusion about what the occurring industrial action is and why it is taking place. So, keep reading for the ins-and-outs of the strikes and industrial action.

A union (or trade union) is an organisation of a group of members, who are usually workers. The purpose of trade unions is to protect their members in the workplace. They work in a number of different ways of helping employers. These include:

The strikes at the University are organised by a union called The University and College Union (or The UCU). The UCU is a union founded by and works for the staff of higher education. It “represents over 120,000 academics, lecturers, trainers, instructors, researchers, managers, administrators, computer staff, librarians and postgraduates in universities, colleges, prisons, adult education and training organisations across the UK”.

WHY ARE STAFF STRIKING?

University staff who are members of unions have raised concerns in two main areas. The first is the issue of pensions after changes were made to The Universities Superannuation Scheme (USS), a UK pension scheme. These changes mean that union members are “paying far more for their pension, but will lose tens of thousands of pounds in retirement”. The UCU report that a normal member may be paying around £40,000 more into their pension. But, they could actually be receiving approximately £20,000 less in their retirement. This could leave members £24,000 worse off.

The second (separate) issue is pay. The UCU also states that “findings, from the Universities and Colleges Employers Association (UCEA), show that the pay of staff has dropped by around 17% in real-terms since 2009”. Overall, 79% of UCU members who voted backed strike action in the ballot over changes to the Universities Superannuation Scheme (USS). In the ballot on pay, casualisation*, equality and workloads, 74% of members polled backed strike action.

*Casualisation is the altering of working practices so that regular workers are re-employed on a casual or short-term basis.

After failures to find a resolution, members voted for industrial action. Both of these issues are negotiated at a national level and individual universities are not involved in the negotiations. The planned strikes will be taking place on 25, 26, 27, 28, 29 November and 2, 3, 4 December 2019.  Here is some information on what will happen and advice the University has given for students.

Striking is where employees, in protest to issues surrounding work or working conditions, refuse to work. Therefore, staff will not be attending or running their timetabled classes on the days of the strikes, and classes will be cancelled. Staff are not obliged to disclose whether they are members of unions, whether they are striking or not, or to give notice to students on their absence because of the strikes. Students are also not allowed to ask staff for such information.

‘Picketing’ is where staff who are participating in industrial action gather outside of their place of work. This is done so that other employees of the university can join in striking. The places in which picketing takes places, which are only allowed by entrances and exits of their places of work, are known as picket lines. Picketing can only be done by University employees and Union officials who represent the staff.

Pickets are allowed to ask permission of people, including students crossing the picket lines, to listen to their disputes, ask them not to cross the lines, and hand out banners or leaflets. All activities must be peaceful. There must be regulations to ensure all activity is peaceful, consensual and not forced (8). Striking staff will be on picket lines from 8am at:

On Tuesday 26 November protesters will assemble from 12pm at University Square on the corner of Brownlow Hill and Mount Pleasant. They will then start marching through the city centre to the USS headquarters at the Liver Building on Pier Head.

The University has listed the following instructions that students must be aware of:

The University has stated that they do not believe compensation to students is necessary. This includes travel expenses. They believe that all staff will be asked to provide and support students with additional learning opportunities to prevent any disadvantage. They have also stated that any money that is withheld from staff will be spent “to fund student-facing problems”. This was done after the 2018 industrial action where the funding was used to enhance provisions surrounding mental health and tackling sexual misconduct.

Should you feel worried or need any extra support, wellbeing drop-ins are available to students at the Student Welfare Advice and Guidance Information Point. This is located on the ground floor of the Alsop Building (University Square). The session times are being extended during the strikes, to 10am-4pm every weekday. These sessions are available to everyone, without needing to book an appointment.

The ‘industrial action ballot’ (the vote in favour of the strikes) is valid for six months. If a resolution isn’t found, then action short of strike can continue during those six months. The UCU may also notify the University, should they choose to have further strikes, which requires a 14-day notice of the dates for the intended strikes.

For any information on the industrial action, see the Universities’ ‘UCU Industrial Action – Frequently Asked Questions’ page or the UCU website for more news.