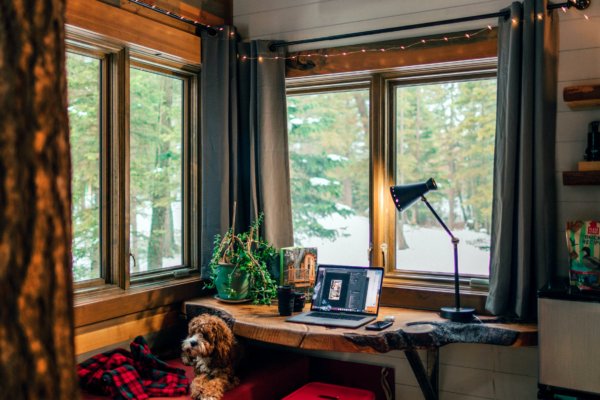 A Christmas Guide to Netflix

In the run- up to the end of term, we know you’re going to need some prime procrastination material, so why not make it festive? Dodging those pesky low-budget American flops is an annual bore for all of us, so we’ve compiled a guide of what to watch on Netflix this year while you’re waiting for the big jolly bloke to slip down your chimney and fill your stockings. Sounds a bit weird when you say it like that…

ANYWAY, whether you’re in the mood for action, romance or comedy there’s something for you on this list. So sit down, get a mince pie, ask your sibling for their Netflix password (what? We’re students!) and try our list of these Netflix Crimbo flicks.

You know him: he’s green, hairy and miserable (sounds like me with a deadline looming). Starring Jim Carrey and Taylor Momsen, this family comedy tells the heart-warming tale of little Cindy Lou Who (Momsen) in her search for the real meaning of Christmas, and finding it with the help of the least likely of characters. Based on the Dr Seuss classic, this film will make you laugh, cry and maybe even make your despondent student ‘heart [grow] three sizes.’ MAX! Get my cloak!
Watch the trailer HERE.

When heart-broken primary school teacher Paul Maddens (Martin Freeman) embarks on putting together a Christmas nativity with nobody but his haphazard sidekick, Mr Poppy (Marc Wootton) for help, things seem to be going from bad to worse. Join the hilariously matched pair and their troupe of talented (if not a little over-zealous) youngsters in their bid for Christmas fame, and you’ll be sure to finish with a tinsel- decked grin from ear to ear.
Watch the trailer HERE.

Based on the 2001 novel Skipping Christmas by John Grisham, Christmas with the Kranks is a Christmas classic. The Krank family are famous for their festive cheer, but upon the realisation that their daughter won’t be home for Christmas they decide to cancel celebrations. Having saved thousands of dollars, the family intend to go on a no-expense-spared holiday… but the universe has different intentions. When the holiday falls through, the Kranks are forced to pull together and create a last minute Christmas, channelling the yuletide chaos we’re all oh so familiar with.
Watch the trailer HERE.

One for all of my Lit lovers out there. A Christmas Carol has been done to death, let’s face it. Don’t come for me, we all know it’s good. Dan Stevens gives a fantastic portrayal of Charles Dickens two years after the success of Oliver Twist. Dickens is desperate to shake his writers’ block; his three most recent works have flopped, leaving him in financial turmoil. Arguably the most influential writer of the nineteenth century, we follow Dickens’ writing process, watching A Christmas Carol quite literally comes to life in front of him. These manifestations prove quite the personal learning curve for the author, and perhaps us, too, as an audience. A wonderful example of festive film-making.
Watch the trailer HERE.

When investigative journalist, Amber Moore (Rose McIver) poses as a tutor to gain access to the Aldovian palace for a report, she quickly befriends her young student, Princess Emily (Honour Kneafsey) and gains a soft spot for her older, rather dashing brother, Prince Richard (Ben Lamb). The king’s death becomes increasingly problematic when questions arise surrounding his heir. Is Prince Richard the rightful new ruler of Aldovia or will his b*tch of an ex ruin not only his reign but his romance with Amber? A modern romance with classical inclinations, this will brighten any cold winter’s day.
Watch the trailer HERE.

The only animation in the list, and What. A. Film. Santa (Jim Broadbent), slowly becoming old and unstable (relatable) is faced with choosing his successor. Who should he choose? Steve (Hugh Laurie), his mega efficient, militaristic eldest son? Or Arthur (James McAvoy), Steve’s wide-eyed, chaotic younger brother? On Christmas Eve, when disaster strikes and a little girl is forgotten, we’re taken on Arthur’s desperate journey to deliver her gift. Will Arthur save Christmas? Will the spirit of Christmas prevail?! WILL GWEN GET HER GIFT? Of bloody course, it’s a kid’s Christmas film, don’t be daft.
Watch the trailer HERE.

‘Why,’ I hear you cry, ‘are you suggesting we watch what has been labelled by critics the worst film ever?’ Because I liked it, OK? (Read more about its awful reception via UNILAD).
Certainly not worthy of its horrific critical reception Christmas Wedding Planner comfortably takes the seventh spot (although what that says about eight, nine and ten I’ll leave for you to decide). Wedding planner, Kelsey Wilson (Jocelyn Hudson) thinks she’s got her hands on her first big break when asked to plan a luxury wedding, but PI Connor McClane (Stephen Huszar) seems to do everything in his power to stop the nuptials from running smoothly, but why? The evolution of the love-hate relationship between the two is everything we love to hate about Christmas films. Give this miserably rated movie a go, you won’t regret it. (Hopefully).
Watch the trailer HERE.

In an attempt to prove St Nick’s existence, Kate (Darby Camp) and her brother Teddy (Judah Lewis) plot to capture Santa on Christmas Eve. Inevitably, this goes disastrously wrong and Christmas and its Spirit could be ruined forever (becoming quite a theme, this whole ‘saving Christmas’ malarkey, innit?) The trio travel around the world in the hopes of getting Christmas back on track. Perhaps one to watch with our mothers, The Christmas Chronicles starring Kurt Russell as Santa Claus is not one to miss.
Watch the trailer HERE.

Hard-working Jackie’s (Mena Suvari) plans for a magical Christmas spent with her daughter are shattered when Jackie’s estranged father shows up at their door. Forgiveness and redemption at its heart, this film champions wholesome Christmas values and will be sure to leave you feeling full of holiday cheer.
Watch the trailer HERE.

One for the softies amongst you. Wrap yourselves up, grab yourself a mulled wine (or six) and prepare yourself for some good old Christmas cheese (and not the sort your granny stuffs you with after your seventh helping of Christmas dinner.) You get the gist: star-crossed lovers, meant to be, can’t be together, plot twist, competition for the love interest, realise they’re meant to be, magical advent calend… What?! Yes, it seems the guys in the writing room had one too many festive sherries when discussing (or should I say losing) the plot for this one. Jokes aside, a lovely little rom-com to share with loved ones this holiday.
Watch the trailer HERE.

So that’s our top ten Christmas Netflix film suggestions! We hope you enjoy!
Stuck for what to stuff your face with whilst watching your films? (It’s Christmas; we’re allowed!) Try our accidentally vegan snack guide for inspo!