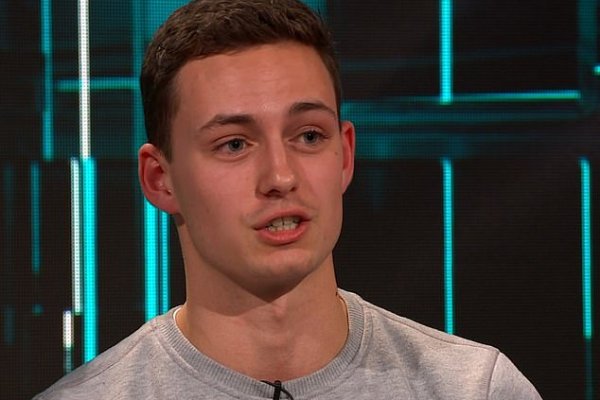 Ben West has sparked great discussion online following from his ‘Christmas present’ question, which he posed to Jeremy Corbyn and Boris Johnson in last night’s election debate. As a mental health campaigner, West believed this would be a great opportunity, as an audience member at the debate, to encourage kindness between the two opponents. But he did not receive the response he hoped for.

Liverpool Guild Student Media has recently interviewed Ben West, in which his campaign about raising awareness for mental health issues amongst teenagers was discussed. As a result of his campaign, it created a 210,000 strong petition, calling for compulsory mental health first aid training for teachers. Read our interview with Ben West here.

The second-year University of Liverpool student began his campaign after the death of his brother Sam, who took his own life in January 2018 at the age of 15. To further his campaign and to get the chance to speak publicly to Corbyn and Johnson, West submitted a question to ITV about mental health funding. This was then chosen, after a mutual agreement, to be the closing question of the debate. Steering away from politics, the question had the aim to encourage kindness between the opponents.

The question that got everyone talking with laughter from the audience, including the politicians, quickly sent West’s name trending on Twitter.

“I think we should all learn to be a little more kind to each other including those we disagree with. With this in mind, and leaving politics aside, what present would you leave for each other under the Christmas tree?”

Regarding his thoughts on the leader’s reaction to his question, West explains;

With politicians constantly at each other’s throats and abuse being thrown around parliament relentlessly, I thought it was important to outline the need for all of us to be kinder to those around us, even if we disagree.

The theme was immediately disregarded by both leaders, which I feel speaks volumes. It is vital that we treat others with respect regardless of who they are and in the run up to Christmas there is no better time for an impromptu gift or a kind gesture.

I spoke with Ben about his thoughts and reaction from the leaders at the debate in relation to his question. Here’s what he had to say:

Do you believe the topic of mental health was adequately addressed last night?

I was surprised that there was absolutely nothing on mental health during the debate. Once again, proving that be it leave or remain, we need to start concentrating on the real issues that we face as a country, such as the 125 people dying from suicide every week, 2 of which that are children.

Let’s flip the question, what would you leave under Jeremy Corbyn’s and Boris Johnson’s Christmas tree this year?

I’d leave the thousands of pages of signatures I have on my petition to make mental health first aid, a compulsory part of teacher training under their trees, to get that on their respective agendas.

To read more about Ben’s campaign, follow the link.

To keep updated with his plans and any updates, follow his social media accounts: @iambenwest and @team_walk2talk