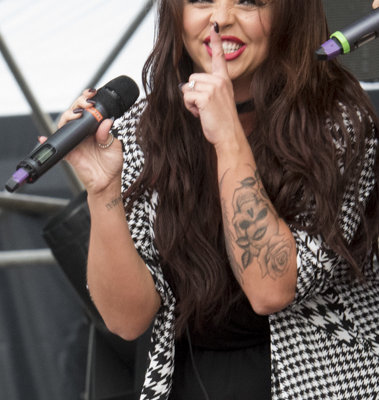 As bullying and teenage depression heighten, there is no time like the present to show the reality and consequences of teenage bullying, perfectly brought forth by Jesy Nelson’s documentary.

On Thursday 12th September, Jesy Nelson and the BBC team released a raw and upsetting documentary about the reality of cyberbullying and the impact this has had on people across the UK.

Jesy Nelson, known for being one of the four members of pop-group Little Mix, shot to fame in 2011 after winning The X Factor. What should have been the happiest moment in her life, was drastically turned into the worst as horrible comments began flooding in online, abusing Nelson and labelling her the ‘fat one’ of the group.

This documentary could not have arrived at a more perfect time. Nowadays, social media is everywhere. Nelson highlights how this platform had, “completely changed [her] life… the whole world had an opinion on [her]” as she suffered abuse from internet trolls. The problem with social media is that people can shout abuse from behind a screen – they constantly have that mask, that barrier, in front of them so they feel entitled to share their cruel opinions, perhaps not realising how drastic the impact can be.

Cyberbullying is still bullying, and Nelson heartbreakingly advocates this as she shares her personal stories that led to her depression and attempted suicide in 2013. She explains how all she cared about was how good she looked and whether people would like her appearance. She discusses how the internet trolls made her feel like she looked like a monster – “I’ve never looked at myself and thought I was abnormal looking, and that’s how I was made to feel”, and this mentality started affecting her everyday life as she believed what these strangers were saying to her was true.

Hearing Nelson’s personal struggles is truly heartbreaking as she shows how one single comment from a complete stranger can ruin someone’s life. The documentary is incredibly thought-provoking and makes you wonder why behaviour like this is deemed acceptable on social media. To reiterate her point, Nelson visits parents of a 16-year-old girl who had taken her life due to the threatening and hurtful comments she received online from people. Seeing how young and happy she once was shows how easily affected people can be. Cyberbullying is not an issue to take lightly. The footage shown is upsetting; you sit in disbelief, realising that some horrible person has driven a teenage girl to the worst of places.

The world today is a social media obsessed world. Nelson describes it perfectly, declaring that the online world is, “not about people’s talents or intelligence anymore – it’s all about the way you look. Nothing else”. People feel pressured to post images of absolute perfection on platforms such as Instagram to avoid criticism and negativity. This is deeply sad and is not a true representation of that person. The true person behind that ‘fake’ Instagram is beautiful, but the fear of the internet trolls causes people to hide behind a mask, a persona.

This documentary highlights brilliantly the consequences of cyberbullying. Watching Nelson relive her worst years just to spread her extremely important message is disheartening yet awe-inspiring. Nelson is applauded for raising this issue and for challenging the world and social media. She specifically targets internet bullies in an attempt to expose their manipulative online personalities and to make others aware of people like them. Once something horrible is said online, it is there forever, for millions to witness. And this is exactly why the consequences of online bullying should be made more visible amongst teenagers and adults, so people can be more prepared and can be safer online.

The documentary ends with Nelson finally seeking help and reconciling with her past self. She starts learning to love herself and how to ignore the trolls. Her message and cause are a necessary action that must be dispersed to schools, learning environments, and many other places. This documentary is a must-watch for every human being – to fight against the negativity on social media and to know that there are others who have experienced similar situations who are prepared to go into battle against the internet trolls.

You can watch Jesy Nelson’s documentary online – follow the link to watch now!