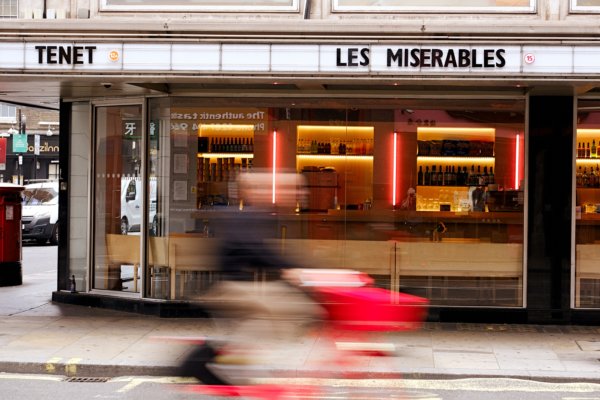 The musical phenomenon returned to Liverpool for 3 amazing weeks to showcase stunning performances! Les Misérables has embarked on its UK tour, with dates confirmed until summer 2020. Cameron Mackintosh, Claude-Michel Schonberg and Alain Boublil’s original production is revived, directed by Laurence Connor and James Powell. This tour production of the much-loved musical originated in Cardiff, 2009. It was originally exclusive to the UK tour. However, due to its immense popularity, this production has quickly replaced the original in the West End.

Another story truly must begin, as this new production is adapted to be performed without the legendary revolving stage. Therefore new set pieces are introduced. Matt Kinley and Paule Constable (set designers) take Victor Hugo’s lesser-known paintings, which they described as, “extraordinary and revolutionary”. The paintings are used as backdrops to bring vivid colours and life to revolutionary France, as each scene is intertwined with the brilliant atmosphere that Hugo’s paintings portray.

“Do you hear the people sing?” The longest-running musical in the world takes the UK by storm on its brand-new tour for all to see.

The musical is based on the Victor Hugo novel, and takes place in post-revolutionary France spanning 17 years (1815-1832). It centres around the character of Jean Valjean, (Killian Donnelly), who is an ex-convict trying to assimilate himself back into society. He struggles originally until a kind priest takes him in and shows him a better path. Fast forward to 1823, Jean Valjean has become the Mayor of Montreuil-Sur-Mer, where he dons a new disguise and is very much the people’s man. As the story progresses, we see Valjean help those who are in desperate need, such as Fantine’s daughter Cosette (played by Katie Hall and Bronwen Hanson respectively). This is an epic story about love and redemption, which is executed brilliantly by the current touring cast.

Killian Donnelly is astounding as Jean Valjean. He brings to life Valjean’s kindness and strength and dazzles through solos, ‘Who Am I?’ and ‘Bring Him Home’. You experience every emotion – the heartbreak Valjean suffers, the desperation, the longing and ultimately the love he has for others. Other remarkable performances came from Nic Greenshields as the dutifully loyal Javert. He dazzles the audience with his rendition of, ‘Stars’. The comic duo that is the Thenardier’s (Martin Ball and Sophie-Louise Dann) offer a bit of tongue-in-cheek with the playful, ‘Master of the House’. Harry Apps and Tegan Bannister portray the friendship of Marius and Eponine beautifully in, ‘A Little Fall of Rain’.

One of the best moments of the show was Donnelly’s rendition of, ‘Bring Him Home’. The audience were hardly breathing as Donnelly poured his heart and soul into the song. Another was Katie Hall’s mesmerising rendition of, ‘I Dreamed a Dream’. Also, young star Apps heartbreakingly sang a chillingly eerie version of, ‘Empty Chair On Empty Tables’, bringing a tear to my eye.

Over 70,000,000 people have seen this musical worldwide, and there is no wonder why. It is a beautiful masterpiece that is full of love, friendship, heartbreak, mourning and passion. It is a musical that stands the test of time. “Even the darkest night will end, and the sun will rise” is the message of Les Misérables.