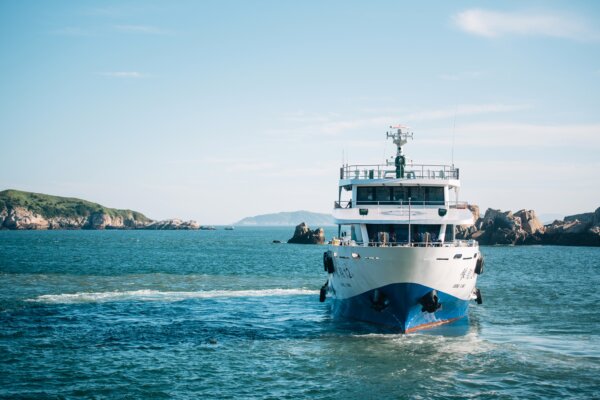 The past few months have been difficult to say the least. Livings costs have been rising exponentially and so many people in the UK are having the worst financial troubles they’ve ever had – even that the country has ever had. To make a bad situation even worse than that, P&O Ferries made the decision to sack nearly 800 British employees without any notice. What does this say for the trust we put in companies to help our families provide for us? As students, should we worry about our future with companies making such big changes like this without any notice? What does it say for the future of employee rights?

In March, hundreds of British employees were sacked without notice from P&O Ferries. Staff were told over video call that they would no longer be working at the company, sparking countrywide protests. Spokespeople of the maritime company said that it would ‘not be a viable business’ unless they made this decision. They also stated that ‘no unions would accept our proposals’ and so proceeded without consultation, though knowingly breaking the law. They claim a £100 million loss year-on-year which was covered up by the P&O parent company DP World.

The past few days have seen more news unravel. The UK has cancelled contracts with the ferry company effective immediately due to exploiting loopholes and undermining workers. Recently, its freight services sailed 80% empty between the Calais-Dover route. This route that is traditionally P&O’s busiest.

Many other companies that specialise in transporting freight refuse to use P&O. While it claims to be getting back on track after covid, this news report says otherwise. One previous customer stated that ‘you cannot treat people that way’ – which has shown how this has become a PR nightmare. Despite this, the head of the organization that owns P&O praised the UK Chief for saving the company, claiming they were poised with an ultimatum: save the employees for the moment, or save the company forever. P&O received £11 million in furlough money from the UK government throughout the pandemic, and Transport Secretary Grant Shapps has called for it to be repaid. He has also called for consumers to boycott P&O.

Our rights as employees

If there is one thing this situation with P&O Ferries has highlighted, it is that we should be questioning how much power large multinational companies hold over us. Over the course of the pandemic, ‘fire and rehire’ tactics were adopted by many companies. Employees were told that they needed to sign a new contract which detailed less benefits, or be fired from the job. An article by People Management tells that this was directed mostly towards black and ethnic minority employees. Chartered Management Institute wrote that workplace equality is not improving. One thing that they mentioned in particular was the gender pay gap. Over the pandemic, the government paused enforcing gender pay gap reporting, despite this being required for UK companies with more than 250 employees. There have been calls for it to resume this year.

These as well as many other problems are affecting employees security. Should we worry about our futures in companies like this as more and more become internationalised? As trading blocs begin to change structure and members start to leave?

The P&O Ferries fiasco has certainly set something in motion. But for the better or worse is yet to be seen.