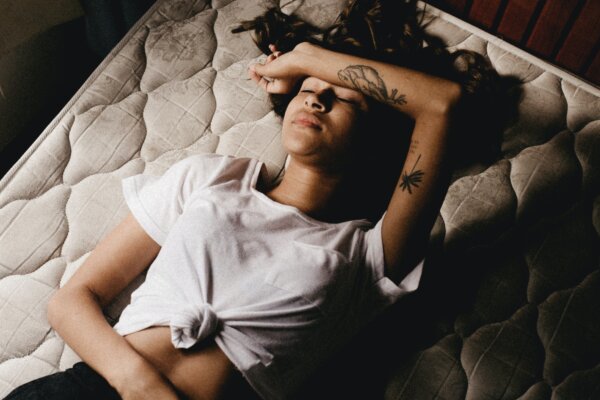 Changes are happening with employee rights. Though the gender pay gap, racial equality, and other issues are still yet to be resolved, legislations are coming into effect to improve employee rights and wellbeing. This includes something that is slowly becoming less taboo to talk about: periods and menstrual leave.

Spain has become the first European country to greenlight plans for menstrual leave. This means that anyone with a uterus will be able to take time off work for period pain. However globally, they aren’t the first to announce this. Menstrual leave legislation was brought into effect in the Soviet Union in 1922, aimed at women working in factories. It provided them with 2-3 days a month of paid leave during their period. Japan became the second country to pass menstrual leave in 1947. It granted women industrial rights where working conditions were inadequate, with no medical documents required to take the offered leave. Other nations like Indonesia and South Korea also have their own renditions of menstrual leave. Italy proposed an idea which alluded to three days paid leave to workers who obtained medical certificates, though the parliamentary term ran out before it could go any further.

Providing menstrual leave is one way in which Spain is attempting to change reproductive health law. They are also aiming to provide leave for people who terminate pregnancies, and removing the requirement of parental approval for abortions for those aged 16-17. Additionally, they are removing sales tax on menstrual products, including pads and tampons.

However, some people believe that this type of policy is harmful to women. Some fear that it could come across as a handicap for women in the workplace and hinder women’s rights. It could also suggest that women are less reliable employees.

Research undertaken by NIKKEI found that less than 10% of female employees in companies that have implemented the policy take the offered leave. The report found 3 top responses as to why this is the case: women didn’t want to apply for menstrual leave with a male employer and not many women took it (and so didn’t want to be the only one). They didn’t want their leave of absence to make trouble for other colleagues. It also found that there were other more popular period policies to paid leave. Healthcare support and training for employees and employers of all genders to deepen understandings of menstruation were some of the top responses.

One key thing that has appeared in many articles and reports about this topic is the severity of pain that causes a person to take menstrual leave. The research undertaken by NIKKEI showed that the fourth most popular reason why people didn’t take it was because their pains weren’t severe enough.

One woman speaking to the BBC stated that her severe endometriosis caused her take extended sick leave. She said that having the option of menstrual leave would have been really helpful. Those who suffer from PCOS, fibroids and adenomyosis would also find this policy extremely beneficial. However in the instance of Spain, menstrual leave will require proof that employees suffer from condition like these.

As previously mentioned, one thing Spain aims to do is remove sales tax on menstrual products. This would help alleviate the issue known as period poverty, which is the inability to afford these products (like tampons and pads). In many cases, those experiencing period poverty miss out on education and other vital opportunities for personal development. They suffer extreme shame and stigma, and lack a safe, hygienic space to use any menstrual products they may have.

I spoke to a student about their opinion on menstrual leave and they made an interesting point.

In my opinion, menstrual leave will make a massively positive difference in our lives. I had to take a lot of time off in high school because of the pain and it got to the point where my school were sending my parents fines and angry letters. Until healthcare for period pain improves, it should be treated the same way as any other illness. No one should be forced to sit through a day at work or school in pain just because of this false idea that it “isn’t that bad”.

I can definitely see how it could lead to hinderances on women’s rights. However, that really isn’t a great argument against it in my opinion. We shouldn’t settle for sexist employers using this to employ less women. On the other hand, we also shouldn’t settle for suffering through period pain at work or school being the norm.

The offer of menstrual leave could help prevent menstruators from being absent for vital opportunities, like employment. As of yet, there are no mentions I have found regarding extending any potential period leave to students and pupils. In the instance that it happened, it would be a huge step forward for menstruators who find it extremely difficult to go about their daily routines at times of menstruation. 1 in 10 girls cannot afford menstrual products and 1 in 7 struggle to afford them. This is a key reason why many girls and young women miss school, and miss out on vital developmental opportunities.

Period projects at University of Liverpool

There are multiple projects developing to combat period poverty and increase education on the subject of menstruation throughout Liverpool. This includes Project Ruby, an initiative formed as a part of the University of Liverpool’s branch of Enactus aiming to raise awareness of period poverty and tackle the stigma surrounding periods. Keep an eye on their Instagram for more details. Additionally, you can find free period products in all toilets in the Liverpool Guild of Students. There are also plans to talk to the University of Liverpool for a wider implementation of free period products across campus.

As remote work is being embedded into company policies as an alternative to visiting the office, some believe that there may not be such a necessity for menstrual leave. People who have periods have the option to work from home, which has shown that it can become a more positive experience (than usual, that is).

For the UK, it is unlikely menstrual leave will be integrated into corporate policy, at least for a while. However, charity organizations have called on the government to implement it here for people who suffer extreme menstrual pain. There have been suggestions to add it as a section of the current sick leave policy to ensure those who need to take menstrual leave receive the same benefits for their absence from work.

Policies on subjects that put the rights of individuals into the spotlight must be formulated very carefully. Sensitive topics such as menstrual leave will have both advantages and disadvantages that can amplify the debate on their implementation. Governments and policymakers should cooperate to come to a resolution that benefits all.