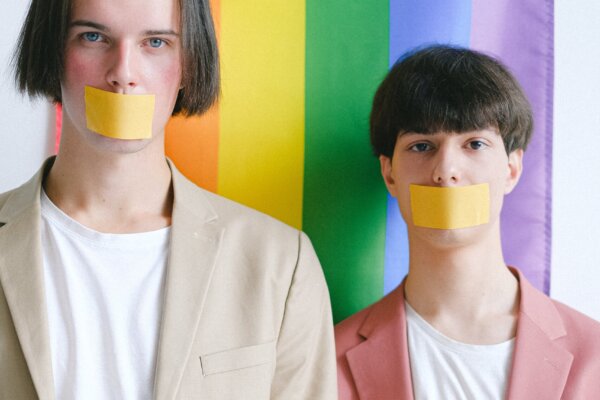 ‘God Loves You’ But Not if You’re Gay: Franklin Graham Comes to Liverpool

Franklin Graham arrives at Liverpool ACC with his God Loves You Tour UK, on 14th May. Despite proffering a “personal message of hope”, it seems that’s only a message for a select few. The American evangelical pastor is a good friend of Donald Trump and adamantly anti-LGBT+.

What’s He Got Against the LGBT+ Community?

Plainly speaking, he believes homosexuality is a “sin” and Satan is behind same-sex marriage and LGBT+ rights. If that’s not enough, he has said that gay people are causing a “moral 9/11”. He has even voiced his support for Vladimir Putin’s anti-gay laws.

Ironically, he fights for religious freedoms, under the illusion that Christians are being persecuted and discriminated against. However, he has claimed that LGBT anti-discrimination laws will mean that “your children and your grandchildren will be at risk to sexual predators and perverts” and branded an inclusive sex education course as “like Sodom and Gomorrah”.

Graham previously attempted to tour the UK in 2020. However, he was made to cancel, after backlash led to all venues he had booked refusing to host him. In answer to their protest against his beliefs, he made a vague attempt to assuage their opposition. On Facebook, he claimed he wasn’t perpetuating “hateful speech” but reaffirmed his belief homosexuality is a sin.

This ball of niceties is also a passionate Islamaphobe. He’s been known to refer to Islam as “wicked and evil… a religion of hatred… a religion of war” and equated the actions of ISIS with the faith. He also falsely claimed that Barack Obama was “born a Muslim”; he then alleged this was why Obama ‘allowed the Muslim Brotherhood to infiltrate the US government’.

Like many other right-wing Americans, he has strange ideas about gun control too. He said that gun control wasn’t needed, as, “in this violent, sin-sick world, our only hope is the Prince of Peace”. He declared the entertainment industry the culprit, as society is “desensitised to murder and mayhem”.

ACC Liverpool was one of the venues that dropped Franklin Graham in 2020. Following pressure from Graham’s lawyers, they’re now playing host to him, on the promise his message would not be discriminatory.

Being fully aware of our legal obligation under the Equality Act 2010 – including our obligation not to discriminate on the grounds of religious beliefs – we have continued to work with BGEA to come to an agreement.

As part of those discussions, we have received satisfactory assurances from the organisers of the event that The Reverend Franklin Graham’s message will not be discriminatory, disrespectful or negative towards any particular communities, groups or individuals.

LCR Pride Foundation issued a statement saying they’d been liaising with them and were confident that they’d “explored all options” before agreeing.

We believe, as we saw this summer, our community comes together to challenge hate. For that reason we are calling on our community, instead of campaigning to cancel the event, to work together creatively to respond and show just how LGBT+ friendly our city region can be.

ACC Liverpool’s agreement comes as he launched three lawsuits against the other venues (though he originally said he wouldn’t sue). He claims that they are contravening his freedom of speech and freedom of religion. One lawsuit is against venues in Manchester and Birmingham and another is against venues in Sheffield and Wales. The third sought £200,000 in damages from the Glasgow SSE Hydro arena to address the “injured feelings” of his staff and associates.

Graham’s 2018 Lancashire Festival of Hope also caused mass controversy in the UK. Several MPs and religious leaders from across Blackpool petitioned to refuse UK entry to Franklin Graham; suggesting his rhetoric of hatred contravenes British laws on hate speech. Last year, he won a £109,000 payout and an apology from Blackpool Borough Council and Blackpool Transport Services, in a religious discrimination case. He’d sued them after they removed advertisements for the event from public buses following complaints from the public.