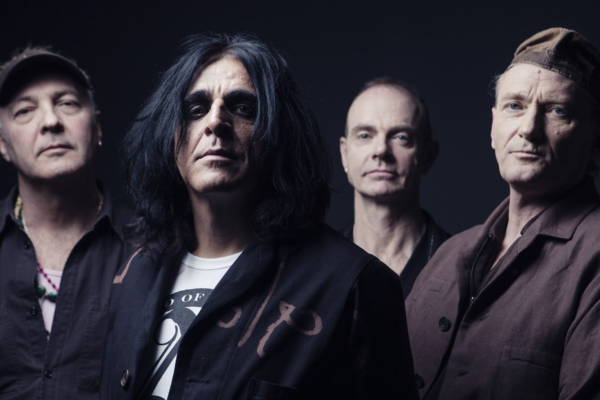 Killing Joke at the O2 Academy – The Joke’s On Us

Killing Joke brought their ‘Honour the Fire’ revival tour across the UK throughout March and into April this year. Tasked with reviewing it, my friend and I readily rocked up to the O2 Academy on April 1st, completely unsure of what to expect. Our obliviousness left us unprepared for the night’s offerings. From the brutal punk-industrial sound of the band, to the concerning anti-vax rhetoric, it will certainly be a night we’ll be talking about for a while – but not necessarily for good reasons.

Killing Joke, initially formed in 1979, is a British rock band hailing from London. With core principles of irony, chaos and rebellion, their musical style has evolved over the years. Though this mantra of general destruction still holds strong in their music today; Including in their (fittingly named) latest release, ‘Lord of Chaos’. After more than 40 years in the industry, Killing Joke’s sound and style have adapted alongside the band themselves and the ‘Honour the Fire’ tour appears to merge the band’s early successes with their current perspective.

The fire is that which brings us all together. And after this dreadful pandemic, this tour will be like no other. One great mosh pit!

The night began promisingly. Having gained somewhat of a cult following throughout the years, the O2 was packed and lively. By the time we had arrived, we just missed out on seeing the warmup act. We waited as the stage reset. We were comfortable among the restless crowd and intrigued to see what the main event would have to offer. With a single burning candle on the speaker and deep blue light sweeping the audience, Killing Joke arrived on the stage to thunderous applause. Then the music began.

Putting on a Show

Lead singer, Jaz Coleman, undeniably had a commanding stage presence. With his over the top vocals, lurching movements and sweeping control over his audience, Coleman was certainly the central focus of the evening. The music was characterised by piercing guitars and wailing vocals, utterly rock – so loud, so chaotic, so enrapturing. For the first half of the set, my friend and I took in the show with interest, though the music wasn’t necessarily to our taste. And then, unfortunately, our night ended abruptly.

Free Thinking (or a Disdain for Science)

Finishing his latest number, Coleman began to speak to the audience, encouraging truthfulness and urging us to think freely. Proclaiming, “on the world’s stage nothing is accidental”, Coleman then began to warn us against the so-called “Wuhan virus… the manufactured virus”, referencing the deadly and very real COVID-19 pandemic. This statement was met with a resounding cheer from the audience. Safe to say, my friend and I left shortly after this.

The end of the concert left a sour taste in my mouth. Though the music that came before was powerful, the night was ultimately overshadowed by such damaging misinformation. I find it hard to reflect on it positively. I suppose my final message would be to get vaccinated. Then maybe look for musical chaos in places other than Killing Joke.