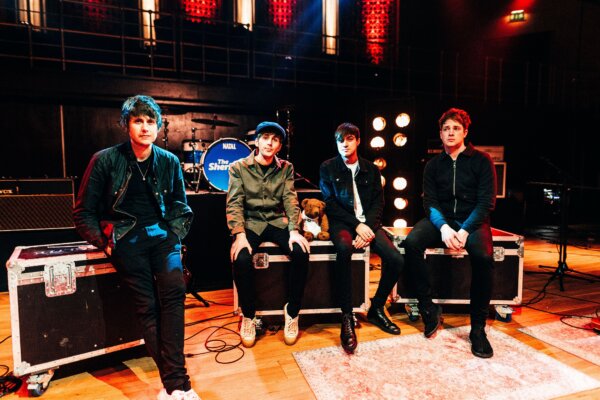 The Sherlocks are ‘On The Run’ to Liverpool

‘The Sherlocks’ first meant something to me (other than the bizarre detective) at Boardmasters Festival in 2018. The Bolton-upon-Dearne band exploded onto the Newquay stage. Chasing Shadows has been a firm favourite in my playlists ever since. With their latest album World I Understand longing to be played in a re-scheduled UK headline tour, the four-piece are coming to Liverpool.

After having to cancel tours in America and the Far East due to COVID (that old chestnut), the alt-rock band are eager to kickstart their UK tour in Blackpool.

Ready for your next indie rock fix? Get your tickets now!

A bit more about The Sherlocks

Formed in 2010, the group of brothers, Kiaran and Brandon Crook, and friends, Trent Jackson and Alex Procter, soon became a hit in the Sheffield music scene. By the time they were performing on the NME/Radio 1 Stage at Leeds Fest 2017 they were announcing that their debut album Live For The Moment had reached Number Six in the UK albums chart.

Then came their second album in 2019, Under Your Sky, and the quartet managed to fit in a “low-key” UK tour just before COVID reared its ugly head.

Their third album, World I Understand, will bring “magnetism and swagger” to venues up and down the UK. Released at the end of last year, the likes of Falling, Games You Play and single End of the Earth are waiting to be heard live.

Kiaran tells fans what to expect of the upcoming tour:

“We can’t wait to get back out on tour with this new record. It is without a doubt our strongest one yet, and one that’s ready-made for the live performances. It’s gonna be an absolute monster of a tour and we look forward to seeing you all at the front soon!”

Can’t make the tour or just wanna see more of The Sherlocks? They’ll be supporting the Kaiser Chiefs, along with The Fratellis, on the 10th November at the Liverpool M&S Bank Arena. Tickets for the 18:30-start gig can be found here.

Check out the latest gigs LGSM have reviewed, including Wolf Alice and Sam Fender!