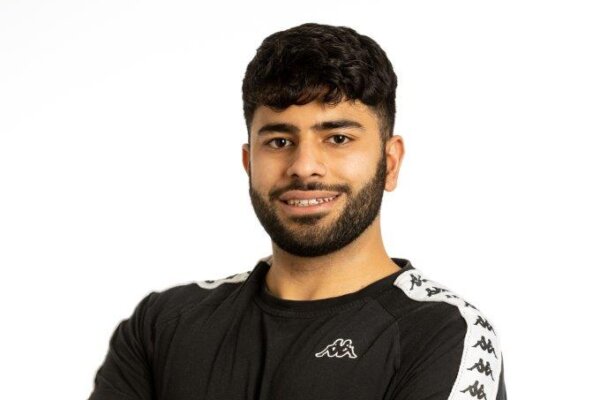 Guild President of the Past – Adnan Hussain

It’s Student Officer Elections! You can read the candidates manifestos and vote for them all week, 9am 21.3.22 – 2pm 22.3.22, via this link. I figured that if you want to prepare for the future, you might want to reflect on the past, so here’s an interview with our past leader, Adnan.

If you aren’t a first year, you might recognise Adnan – he was Guild President for two years, before Bertie. Since Guild terms dictate that people can’t hold their position as an Officer for more than two terms, he had no choice but to move into a career in the real world. Now, he finds himself in position as Equality, Diversity and Inclusion (EDI) Officer at University of Southampton.

Having gained a new job straight after leaving the Guild is pretty impressive. So, how did a guy who studied History end up moving into the President’s role and ongoing advocacy?

History was my best A Level so I thought, “well, I’ll go and study that at a university.” I realised that other than one module, the people teaching on modules didn’t identify with the same background as the people they were talking about; like Colonialism in India or Civil Rights in America. It was taught from the white British perspective.

When I became the President, I followed up on that and was invited to things such as the Equality and Human Rights Commission Committee at the University of Liverpool at the time. They were aiming to tackle racial inequality and I was able to feed back those ideas.

A Career in Advocacy

There’s no doubt that his work had impact and is bolstered by the strength of groups such as the Decolonise UoL society. Translating that into a career path is a great move but what exactly does he do?

Since then, I thought I should look for a role where I can continue to do that kind of work. That’s how I got this job.

I work with a wide range of stakeholders across the university, including staff networks and heads of departments and schools. My role is to make sure the agenda of EDI is firmly on their plates. I also work on the communications side of EDI, so when we have celebration days or months, I help push out the communications to students in celebration of that month and make it applicable to Higher Education.

EDI as a career path is something which interests me personally. You’ll have seen from my other articles, that my main aim as Publishing Chair has been to bring the views of as many groups as possible to the forefront; giving voices to them and making them central to what we publish here. I was keen to find out if Adnan felt his time as President had made him better equipped to take a role of this kind.

I graduated three years ago and finished being President last July. So, I was fresh out of Higher Education, I understood how committees work, I understood how universities operated. It left me really well equipped to apply for a job at another university. That’s what motivated me to look for a job in a university setting.

Hopefully in the future, I could look at other places that work in the EDI space – a charity, maybe even a football club. I’d look at different avenues.

We discussed what had initially made him apply for the role of President. His inspiration was seeing the successful work of the Officers before him.

This time three years ago, I saw I an email from the Guild, ‘nominate yourself to be Guild President’. I’d literally never thought about it in my life. It was my final year and I’d seen some good things that Rory, the President before me, had done. He’d campaigned to get bus passes cheaper, he’d campaigned to get rent cheaper and also the Deputy at the time, Hannah, was campaigning against investments in fossil fuel companies.

I thought they were pretty cool ideas, I thought maybe I could give it a go. I put myself out there and pushed myself to do it. It’s not really like I’d been thinking about it for it for months, it literally was just on a whim actually.

The fight for the position of Student Officer is a tough one. In fact, it’s probably scarier than doing the actual job. Coming from a History degree and not previously being particularly involved in the work the Guild was doing, it must have been a big leap.

Admittedly, once I put myself forward and was preparing for my campaigns, I thought, “what have I done?” I had no experience in campaigning, no experience in student politics. All I’d got is just… myself. What had I done? I backed myself though.

I thought really simply about my manifesto. The main focus was to keep it simple. Simple ideas, simple marketing. I even just used Times New Roman font and block colours. It wasn’t over fancy but it wasn’t bare bones. Fair enough, you’re allowed to be motivated, you’re allowed to be optimistic but you’ve got to be realistic at the same time.

I don’t think student voters respond to lots of blocks of text. Simple aims, bullet points, is generally what gets people’s attention. Then obviously once you’ve got your key points, you expand on it further as the campaign progresses. I started off with bullet points and then on my campaign Instagram account, I expanded on those points further. I tried to get the word out to as many people as possible and I think it worked. Twice.

You could consider running twice to be reserved for those who weren’t successful the first time. Maybe someone who got the Deputy or Vice President position but really wanted President. This isn’t always the case, with many people enjoying the position of Officer so much they run again. For Adnan, he successfully ran and made President twice in a row. He had unfinished business and he felt like he wanted a longer run.

On top of that, you need to be Chair of the Trustee Board and hold those meetings. On university committees, you need to get used to reading papers and interacting with such senior people. It’s a lot of learning to do; it’s quite intimidating and it’s something I didn’t get to grips with until half a year into my role. I hadn’t really hit the ground running yet, I thought, “I’ve only just grasped this, I need to have another go at this and make sure I make some change at this university.” That’s why I did it again.

If his goal was to be a changemaker, I think he did make headway, especially with his campaigns around rent and Covid. He led to a big impact for students, both mentally and financially. Did he think the same?

I think I was successful at making a couple of changes, however, they weren’t changes I thought I’d make because the pandemic hit. It meant I had to really re-prioritise what I was actually doing in my role. Instead, I focused on what support students were getting with their studies. Myself and the other officers at the time, Chloe, Imogen and Ffion, lobbied for practical things that could help students at the time. The ‘No Detriment Policy’ meant that you could take the better grade from both of your semesters as your final grade, mitigating how the pandemic affected people’s studies.

Around this time, there was also a big push for race equality because of the resurgence of the Black Lives Matter movement. I really, really pushed for race equality at the university. There was a student campaign to remove the name of Gladstone from the halls, which they’d been campaigning for since at least 2017, maybe even earlier. I managed to not only get the name removed but it was changed and I engaged students and staff in that process. It’s something I look back and think highly of, from my time as President. We celebrate Dorothy Kuya now and I think that’s amazing. It was the first building, besides the Yoko Ono which hadn’t been built at the time, to be named after a woman of colour.

The ‘Refund the Rent’ campaign was a campaign that I look back at proudly. There was a structure to that campaign which went really well. The university had promised face-to-face teaching at the time and that couldn’t be done due to the new restrictions which came in, around October 2020. There was a tiered system and if you hit a certain tier, which Liverpool did, you couldn’t be open for face-to-face. I gathered students thoughts and the main thing raised was that it was promised, so if it wasn’t happening, why were people paying for accommodation? That wasn’t on.

From there, we didn’t go in straight away and make it look like we were pushing that agenda. When the university were apprehensive about it, that’s when we launched our big ‘Refund the Rent’ campaign, which was really cool. We had a lot of petition signatures, there were a lot of people posting about it on their social media. It was a fairly quick win, it only lasted about a week and a half and we managed to get the win – it was a bit anti-climatic really. It was a really proud moment for me though. I managed to do some good for students, it was what I wanted from my time in office, even if it wasn’t something I’d originally planned.

As Adnan said, he had to change with the times. Bertie has had a complete different set of issues to deal with this year. Will students want something different this year too?

I don’t know actually. In my opinion, rent prices, sustainability, equality and diversity – these are the three issues that tend to come up. My advice to any aspiring Student Officer would be to really look at the issues in front of you. Start to think, “are these issues affecting me?”, then see if they’re affecting anyone else. Assess how big the problem is and go from there.

Advice for This Year’s Candidates

Adnan joked about the amount of contradiction in his advice to candidates about the elections. He was right, he contradicted himself on every point. Ironically, it speaks volumes about how he behaved in his tenure – many people would say he was one of the most relaxed people they’ve ever met, however, clearly on his campaigns, he really went for it.

My advice to potential Student Officers in elections week is… I think the most important thing is to look after yourself because it is such a stressful week. Make sure you’re eating, sleeping, looking after yourself and you take plenty of breaks.

Also, just go for it! I know that’s contradictory but you won’t ever get another chance like it and it’s such a good experience. Even if you don’t win, you still get a lot from it, a lot of skills and you can still use that experience when looking for a job. You can always try again next year – provided you’re not in your final year! Go for it, there will never, ever be a week like it… unless you go into politics!

As an inspirational career path, you can’t go far wrong with equality and diversity. Adnan has proven that he talks the talk and walks the walk, taking his passions from his time as President into his new position. The ‘Covid President’ had a tumultuous time, which anyone would be wary of taking on had they known what was coming, yet Adnan managed to endure, survive and even thrive in this unprecedented time.