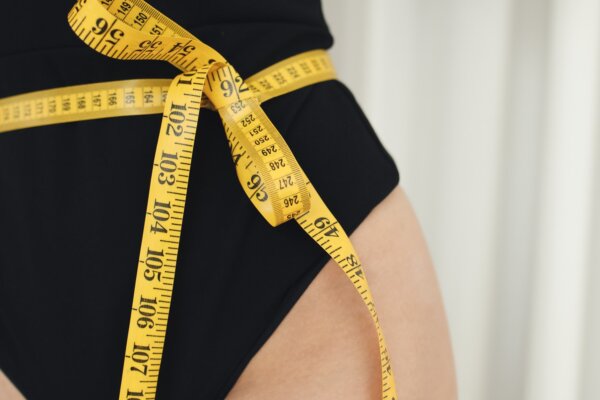 Eating Disorder Awareness Week is spearheaded by national charity, Beat. They act as champions, guides and friends to those affected by eating disorders; the person themselves, their family and their friends.

We probably all know someone in our life with who has struggled with disordered eating. These devastating mental illnesses affect 1 in 50 people in the UK, that’s around 1.25 million. People of any age, gender or background can be affected, with many people suffering in silence.

Anorexia is the most well known disorder, with the highest mortality rate of any mental illness. Others include bulimia, binge eating disorder and avoidant / restrictive food intake disorder (ARFID).

What is the Campaign for This Year?

On average, UK medical students receive less than two hours of teaching on eating disorders, throughout their entire medical degree. A fifth of medical schools don’t include eating disorders in their curriculum at all.

This year, Beat aim to promote training for medical professionals. This could teach them to spot early signs of an eating disorder, besides evident weight loss; in addition, helping provide earlier access to treatment and reduce the risk of misdiagnosis.

Unfortunately, there is not enough education regarding the signs and what to look out for. I originally reached out for help in March 2019. It took multiple GP appointments, where my symptoms were pushed aside. After my mum recognised some signs, the doctor wrongly told me I was best going private, as there was a 6 month wait with the NHS. I tried talking therapy under a private clinic and deteriorated from insufficient support. Finally, I discovered the self-referral NHS system and was seen by a specialist nurse within 4 weeks.

This is a long campaign, following the death of 19 year old Averil Hart in 2012. As a result, a report released by the Parliamentary and Health Service Ombudsman in 2017, suggested it was due to, ‘Ignoring the alarms‘. A subsequent enquiry, by the Public Administration and Constitutional Affairs Committee in 2019, found ‘too many avoidable deaths from eating disorders‘.

Body Image and Relationships with Food

Chelsea Hughes is a first year Psychology student. She struggled with body image throughout primary school and it began to impact her eating habits in secondary school.

In about year 8, I developed anorexia and in about year 11 I began to binge and purge. It became a massive part of my life because I struggled really badly until I began recovery. It’s still ongoing but I go to the gym regularly and have fixed my relationship with food and the way I view myself. There’s bad days, of course, but I think you’ve just got to remember why you started recovery.

I want people to be more educated on eating disorders. There’s so many different types and I hate that the main one is anorexia. I want anyone that’s struggling to know that there is help out there. There will come a time where you’ll look back and be so glad you started recovery.

The Long Road of Recovery

Another student’s story was so raw, she preferred to remain anonymous. In recovery from anorexia since June 2020, a heart scare pushed her harder than ever to succeed.

I remember waiting in A&E and saying to my mum, “I don’t want to be here, why did I do this to myself?” But anorexia isn’t the glorified lifestyle choice of dieting and exercise that the media portrays, it’s a serious illness. Whilst it’s not always avoidable, you’re the person in charge of your own recovery.

It took weekly weight checks and physical observation clinics, followed by Psychology sessions. I really struggled with initial weight gain, in fact I lost weight. When your body is starved, your brain can’t comprehend rational behaviours and thoughts, allowing for the ED to take over your life. That’s why therapy isn’t effective at the beginning of the recovery process and is known as ‘Quasi recovery‘.

I’m lucky to have been discharged from ED services in July 2021. I’m ready to start my next chapter but I’m not sure whether it’ll ever be completely over. Everyday is a battle, but I’m so proud of myself for finally beginning to get my life back. There are so many amazing future opportunities waiting for me and I can’t wait to have a career in healthcare, doing good things for good people. My future aspirations were the biggest drive for my progress.

I want to help raise awareness of eating disorders and mental health. The earlier problems are recognised, the better the long term recovery outcomes. The first step is the hardest – my nurse once associated it with jumping out of a plane: at first, it’s a scary prospect but once you’ve made that first step, you’ll begin to feel more free.

Lydia is a second year medical student, who had a healthy and active childhood, socialising through sports activities. However, during lockdown this became an unhealthy part of her life, as she began exercising excessively and dieting.

I was stuck with my own thoughts and put all my effort into what I thought was a “healthy lifestyle”. Feeling so much anxiety when I missed a workout or didn’t eat in a calorie deficit, I ended up with a BMI so low I’d put myself at a serious health risk. I was so isolated but had no energy to interact with others. I was always cold and struggled to concentrate.

When I started university, I saw it as a fresh beginning and an opportunity to reach out for help. I had a GP appointment and was referred to the eating disorder service and the university well-being team. By getting support from a range of people with expertise I was able to start my recovery, however at first I struggled making a connection, as it was telephone and video consultations due to lockdown. The pressures of starting university, moving away from home and what seemed like endless lockdowns resulted in my eating disorder voice taking over. I fell down a deeper rabbit hole and was waiting for a bed on an inpatient ward.

I didn’t want to terminate my studies and decided to start in person therapy, prioritising my health. A year after my anorexia diagnosis, I was discharged from therapy, with a better relationship with food and exercise. Although I am in a better position than I was a year ago, I still struggle with my eating disorder thoughts but now I am able to identify them and think about their impacts.

Since I was 12, I’ve had orthorexia, which is quite unknown. The disorder focuses on an obsession with healthy eating and healthy foods or a phobia of junk food.

My recovery has been delayed because, as a student, I’ve changed doctors. It’s being investigated and I still haven’t been fully diagnosed but they called it a restrictive disorder.

I want people to know that orthorexia exists too. Eating disorders aren’t just anorexia or obesity. Raising awareness of disorders that aren’t regularly highlighted in the media, and how to spot them, is really important.

My advice to others would be don’t let it get too late. I started feeling this way when I was 12 and only found out what it is when I was 21.

Getting the help you need as early as possible is critical. Beat suggest that the following early warning signs can help you spot a possible eating disorder:

There is always help out there. I was fortunate that I was able to identify the damage my lifestyle had on my health early on and felt able to get help from my GP, who was able to refer me to services so I could start recovery.

If you’re suffering from disordered eating, there is always support available to you. It can help you to fight through the recovery process by sharing it with someone else.

Everyone is fighting their own battle – it can be a very lonely place but you will come out of it the other end, stronger than ever before and you’ll be able to do anything you put your mind to! I want to give a hug to any of you out there struggling and tell you, it will get easier. Please just hang in there and don’t be afraid to reach out.

You can find help via:

The university well-being team gave me enough support so that I could prioritise my health and still continue with my course. I knew that if my eating disorder became uncontrollable again, I wouldn’t have the ability to do the course that I love.

The university wellbeing team are available to speak to via: