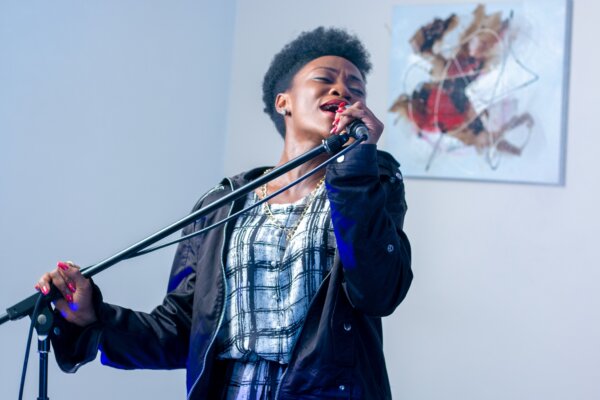 February is Black History Month in the U.S. This month honors the achievements and the presence of Black people within U.S history, which is poignant when acknowledging the opposition they still continue to face. Music has always been a medium to relay these feelings. In particular, Black empowerment music emerged in the 60s and 70s as a direct result of influential movements such as the Civil Rights movement and the Black Power movement.

Why is Black empowerment music so important?

What sets this genre apart is that Black empowerment music does not strive for change. Instead, it preaches acceptance in spite of circumstance. It has always been about communicating self-worth when others have failed to recognise it. It is unsurprising then that this subject continues to thrive decades after its arrival.

Below are 5 songs that epitomise Black Empowerment in the U.S:

Who better to start with but the Godfather of soul? Released in 1968, this song was an early rendition of what Black empowerment music could be. Yet, it manages to be so unapologetically bold that it transcends being a song of its time. Perhaps this is down to Brown’s unwavering lyrics that encourage freedom of speech and, despite its controversy, it does not waver from being quintessentially funk.

What makes this version of ‘To Be Young, Gifted and Black’, special is that Simone gives background to the infamous phrase originally coined by playwright Lorraine Hansberry. It’s amazing to see how Simone utilised the term into song. I recommend listening to this song when you are feeling low. There is something comforting about Simone’s voice and the lyrics that will boost your day.

‘Fight the Power’ is iconic. Thanks to Public Enemy, the song became an anthem for several counter-culture movements in the 90s. As well as this, the influence that ‘Fight the Power’ had on socially conscious Hip-hop was substantial in the U.S. Public Enemy challenged respected figures in pop culture and challenged the norm. I recommend this song for anyone who wants to gain an understanding on the roots of politicised Hip-hop, this is a great starting point!

If you ever need a song to motivate you, this is the one. This song essentially states that regardless of the past, regardless of the cards we have been dealt, if we stick together, we can survive. It is no surprise that this message resonated with the Black Lives Matter movement and became a protest anthem.

I think the stand-out point to this song is the chorus. I see “We gon’ be alright” as a double-edged sword. Yes – the song states that we can push through hard times but there is also a sense of anger and frustration that one has to go through this in the first place. The repetition in the chorus is an indicator of this. However, I think this song is effective in expressing both of these emotions. So, I recommend ‘Alright’ to anyone that wants to let loose.

To me, ‘Almeda’ is a straight-up self-love song. It is a celebration of African-American culture and the incredible visuals in the music video aid this celebration. My favourite part of the video is the array of hairstyles portrayed! There are also references to Texan culture and the name ‘Almeda’ references an area in Solange’s hometown, Houston. I recommend this song to anyone who feels like dancing and celebrating themselves!

As a bonus, if you haven’t already you should check out the Superbowl Halftime Show! Dr. Dre, Mary J. Blidge, Snoop Dogg and Eminem performed. All artists included had songs produced by Dr. Dre but were also influential contributors to West/East Coast Hip-Hop. Artists like Dr. Dre brought the culture to the modern day. I was floored by this performance and if you enjoy Hip-Hop, you will be too!