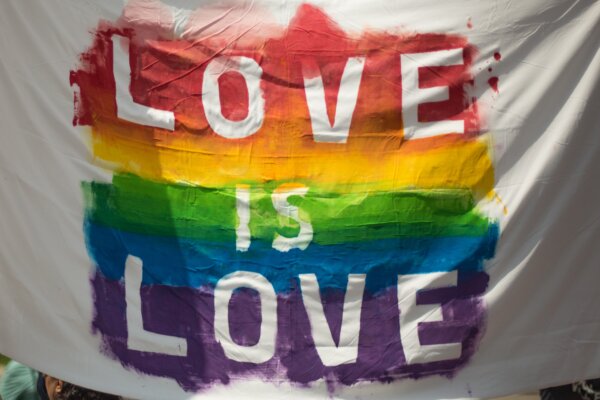 February in the UK is typically a little bit miserable as far as weather is concerned. It’s cold, it’s rainy and often, it’s very unpredictable (who knows, we might even get some snow?!). On the bright side, these conditions are perfect to get comfy, stick on some moody LED lights and watch a good film.

With February being LGBT+ History Month, why not watch something that celebrates the LGBT+ community?

This 2019 French romance was critically dubbed “a masterpiece” and won Best Screenplay at the Cannes Film Festival. ‘Portrait of a Lady on Fire’ is an intimate deep-dive, centred around two absolutely brilliant female characters.

Performed by Adèle Haenel and Noémie Merlant, the pair deliver the dramatic duet of the decade. Sciamma delivers a film that oozes style and nuance on every level. If you’re looking for a film unlike anything you have ever seen before, illustrating romance from the female gaze, crafted by one of the great female directors of the current generation, look no further.

Okay, this one is a bit of a wildcard and definitely won’t be to everyone’s taste. Legendary Korean director ’s mystery/thriller ‘The Handmaiden’ became an instant classic. Released in 2016, it garnered critical acclaim and a near-immediate cult status.

Although the film tackles some quite disturbing themes and is tonally melodramatic, at its core, this period drama illustrates the theme of liberation. Guised as a dark and twisted fantasy, ‘The Handmaiden’ depicts the struggle for freedom, in an environment that is inherently tyrannical. This film is absolutely swimming in metaphor and symbolism. Highly thought provoking, it will linger with the viewer long after the credits roll.

‘The Handmaiden’ is currently available on Netflix UK.

Centred around New York’s ballrooms, you may have heard reference to this documentary when people speak about POSE. Winner of Grand Jury Prize at the Sundance Film Festival 1991, it explores New York’s drag subculture in the 1980s. It follows the annual Paris is Burning Ball, held in New York.

A rapturous and vibrant film that is both heart-warming and heart-breaking. ‘Paris is Burning’ is essential viewing for anyone, no matter their social or sexual background. In 2016, the film was declared “culturally and historically significant” and preserved in the National Film Registry by the US Library of Congress.

Starring Hollywood’s favourite up-and-coming actor, Timothée Chalamet, ‘Call Me by Your Name’ is the most “mainstream” film on this list. However, this should not detract from the film in any way. It centres on a teenage boy, Elio, as he discovers, and comes to terms, with his sexuality.

I personally believe ‘Call Me by Your Name’ is more about Elio’s internal struggle and self-acceptance, than the relationship itself; detailing stages of self-discovery, love and loss. A fantastic coming-of-age film, it is arguably the most culturally prominent film focused on gay sexuality since ‘Brokeback Mountain (2005)’.

It is currently available to rent on Amazon Prime.

Felicity Huffman was awarded a Golden Globe for her leading performance in this 2005 drama. ‘Transamerica’ follows a trans-woman as she embarks on a road-trip with her long-lost son.

This film is funny and light-hearted when it needs to be. However, it holds the social awareness to deliver an emphatic, emotive punch. ‘Transamerica’ delivers one of the single most emotional and socially relevant scenes I have ever witnessed in a film. Director Duncan Tucker tackles a difficult yet vital subject with great proficiency.

It is currently available to rent on Amazon Prime.