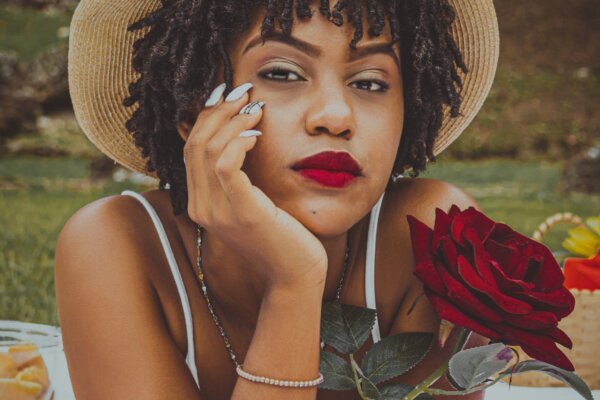 Valentine’s Shmalentine’s: 5 Films to Watch When you Don’t Want a Rom-Com

According to Greek legend, the red rose was the favourite flower of Aphrodite, the Goddess of love. Folklore states her tears and the blood of her dead lover, the Great Adonis, created a divine display of red rose bushes when the perverse mixture hit the ground. On Valentine’s Day, it feels as though we are surrounded by rose bushes; the colour of red imminent and omnipresent. However, for some of us, Valentine’s Day and it’s scarlet tint is more of a stubborn stain than beautiful and exciting – like the death of a God.

The colour red has long been associated with love but with its passion and fire comes connotations of suffering and brutality. A complicated colour – and we, a complicated species. If you’re alone this Valentine’s or simply dislike the holiday, it might be an idea to use this opportunity to spend some time loving yourself and getting to know who you are: what better way to do so than by indulging yourself with films full of blood, pain and heartbreak? After all – history has shown us that love can easily end in tears. To indeed be a God!

Without further ado, here is a list of my favourite ‘Anti-Valentine’s’ films for you. Grab your snacks, a blanket to hide behind, and maybe even a friend or two this Valentine’s. Fuel your disdain for the holiday by indulging in cathartic themes of heartbreak and violence. Remember that you don’t need anybody else to feel whole, you are perfectly complete as you are! Enjoy the films!

We’ll kick off with more of a lighthearted flick, to ease you in. For years, Weir’s classic Dead Poets Society – a wonderful tale of woe and wisdom – has been my go to film when I fancy losing myself in catharsis. Its plot is a delightful mixture of whimsical friendships and heart-wrenching betrayal. With Robin Williams bang slap in the centre of it; what more could you possibly want? It’s a film that focuses on the love we find through our friends, through our passion for art and through the devastating experiences life tends to throw at us.

Heartache and misery promised, the Dead Poets will have you sucking the marrow out of life. You’ll want to cry and dance in the pouring rain in a forest (or cave!) somewhere by the end of the film. Immerse yourself in poetic beauty this Valentine’s Day. Let out that well-needed sob (the ugly kind that you reserve for your television screen only) and drink up a balance of feel-good and feel-terrible. Dare to swim against the stream this holiday and denounce traditional love; you don’t have to conform to the standards of having a partner to enjoy this movie with.

Laughter, violence, and zombies. Our main character (you guessed it, it’s our Shaun) appears to live a pretty mundane existence – slugging away at his 9 to 5 to make some money, trying to hold on to his girlfriend – until things take quite a dramatic turn.

One of cinema’s greatest bromances to ever grace our screens; Shaun of the Dead is one hour and forty minutes of non-stop comedic excellence, with goofy gags and plenty of guts. Perfect for a Valentine’s Day that feels brainless and tiresome, this film will perk you up with its ability to turn such a terrifying concept into such an enjoyable experience. The stellar cast offer impressive relief from the bloodshed, and the groovy soundtrack will have you dancing away your irrational fear of being single forever. Or, if you’re quite content being single, lap up the platonic love between Pegg and Frost and call on your best mate to check in with them.

If there was ever a film to make you feel thankful for your lack of children, this would be it. Be warned, though: it may put you off the thought of having kids forever. We Need to Talk About Kevin is a tale about the relationship between mother and son, above all else. Dealing with themes such as mental illness, marriage, and the limits of love and loyalty, it isn’t the easiest watch. However, it will probably make you feel better about spending Valentine’s in your own wonderful company this year.

Tilda Swinton plays an unconventional mother, bound by the constraints of her inability to properly connect with her son (Ezra Miller), whose character becomes more frightening to watch as the film goes on. This flick is a must-see for any budding psychologists, or anyone remotely interested in the ongoing debate of how much genetic inheritance and the environment have roles to play in our behaviour.

Here is a picture that will leave you sleeping with the lights on and the doors triple locked. Kubrick’s retelling of the classic novel by Anthony Burgess was banned from the UK in 1973 – by Kubrick himself – which pretty much tells you all you need to know about the graphic nature of the film.

Set in a dystopian future, we follow a group of misfits and their troubling jaunts of extreme violence (ultraviolence, if you will). The question the entire time: will the consequences of their actions catch up with them? If you’re feeling down about not having a man in your life this Valentine’s, this film may leave you thankful. You’ll never hear ‘Singin’ in the Rain’ the same way again.

Harron’s early work was a little too new wave for my tastes. However, when American Psycho came out, I think she really came into her own – commercially and artistically. A gruesome but shockingly funny commentary on everything from toxic masculinity to capitalism.

This film is a perfect viewing for either a solo Valentine’s adventure or a watch party with your friends. Prepare to cower behind your cushion at the outrageous violence and feel pity for every character. Apart, of course, from our ludicrous leading man, Christian Bale’s Patrick Bateman. He has a killer skincare routine, a beautiful apartment and an insatiable appetite for reserving a table at New York’s most coveted restaurant. He’s fairly handy with an axe, too. Oh – and he desperately needs to return some video tapes.