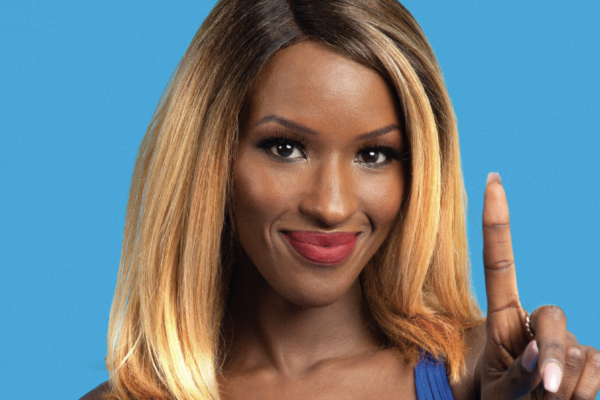 This week, 7th – 13th February, is National HIV Testing Week. The campaign serves as a reminder to test yourself regularly if you are amongst the most affected population groups in England. This testing helps to reduce the number of people living with undiagnosed HIV or being diagnosed late. Their message this year? Give HIV the finger!

HIV is the Human Immunodeficiency Virus. In the 1980s and early 90s, most people with HIV were eventually diagnosed with AIDS. AIDS stands for Acquired Immune Deficiency Syndrome. This syndrome is a collection of illnesses caused by a virus people acquire, making their immune system weak.

Now, thanks to modern antiretroviral treatment, very few people in the UK develop serious HIV-related illnesses. The term AIDS is largely dropped now, in favour of late-stage or advanced HIV. Which can be prevented by finding out you have HIV early.

Play out Your Sleeping Beauty Moment

Testing for HIV is quick and easy – a finger-prick test is all it takes! People can live with HIV for a long time without any symptoms, but regular testing is the only way to know your status. If you have HIV, finding out means that you can start treatment, stay healthy and avoid passing it to anybody else.

You can get tested at a sexual health clinic, at your GP, through HIV and sexual health charities and even in the comfort of your own home. You can order a test here for free!

Olly Alexander, a well known pop star, dancer and actor, recently made waves in the Channel 4 TV series It’s A Sin, which focused on the AIDS Crisis in Britain. He can be seen testing at home as he encourages others to test in his recent Instagram reel below.

According to HIV Prevention England, the number of people diagnosed with HIV fell by a third between 2019 and 2020. A very encouraging sign, but there is still work to do.

It is important to remind people at risk of HIV of the importance of regular testing and the options available.

The AIDS Crisis – HIV in the Past

In the eighties, reports of a HIV/AIDS in America circulated in the UK, under the headline, “Gay cancer or mass media scare?” (Gay Times, 1981). Many assumed this was a way to disparage the gay community, who had been considered to have a mental disorder less than 10 years prior.

Terrence Higgins died in July 1982, one of the first deaths in the UK attributed to AIDS. His partners questions about the “American disease” were dismissed. In the aftermath of his death, his partner Rupert Whitaker set up the Terrence Higgins Trust. This provided information and education, in a time where authorities and health institutions had left a vacuum.

By July 1983, there had been 14 reported cases of Aids in Britain, all among men, most of whom were gay. Two months later, the number had risen to 24, including a woman and a second man with haemophilia.

In addition, there was no known cause, no certainty over transmission and indication if you were infected, you would die soon. Similarly, healthcare professionals and members of the public alike were terrified of catching it. Patients were isolated from their friends, especially when their family didn’t accept them as gay – not allowing their partners or LGBT+ community to see them or attend their funerals.

HIV was identified in 1984 and testing started soon after. Around 1,200 ‘innocent victims’ with haemophilia were infected by blood donations. This innocence portrayed that gay men and drug users (the first and second most affected groups) were the ‘guilty’ party, leading to fear and discrimination.

As research progressed, it became obvious HIV wasn’t transmitted by casual contact. The media took an extreme turn, with headlines such as, “I’d shoot my son if he had Aids, says vicar” (The Sun, 1985) or that people with Aids were “swirling around in a human cesspit of their own making” (James Anderton – Chief Constable of Greater Manchester, 1987).

A nationwide health education campaign launched in January 1987, costing £20m. Viewed a success, it feared people into educating themselves and preventing the levels of death originally predicted. However, it’s main message was that AIDS meant death, rather than on destigmatisation.

Princess Diana was the first to start a pivotal change in attitude, shaking hands with HIV patients without gloves. So, by the nineties, HIV/Aids had formed the biggest change in attitudes in a number of areas. Such as, practices and policies about sex, sexuality, drugs, research and hygiene. The ability to treat the virus meant that it dissipated from headlines.

More people are now willing to discuss their status, so those who were in the community at the time of the crisis are having their experiences listened to for the first time. Moreover, it’s being depicted on TV and in Films from the side of victims, their friends and their families, with compassion and feeling. I’d recommend: It’s a Sin, POSE and How to Survive a Plague!

The number of new HIV diagnoses in straight people is higher than in gay and bisexual men for the first time in over a decade. Straight people are less likely to test and be diagnosed early because of the stigma of HIV in gay people. Above all, it’s important to remember that if you test regularly, then you are protecting yourself and others.

For an in depth timeline, visit History’s AIDS Crisis Timeline or History Extra for the British History of AIDS.

For support, you can reach out to the Terrence Higgins Trust.