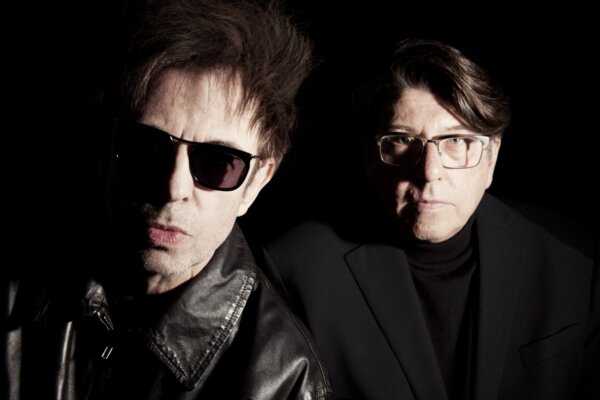 It’s ‘Heaven Up Here’ in Liverpool: Will Sergeant on Echo & the Bunnymen’s return with UK tour on their 40th anniversary.

In conversation with Will Sergeant about his memoir ‘Bunnyman’, the band’s UK tour and all happenings of the music world.

Who are the Bunnymen?

In the late 70s, Echo & the Bunnymen were one of the most important British bands of the post-punk scene. Initially comprising vocalist Ian McCulloch, guitarist Will Sergeant, bassist Les Pattinson and the addition of a drum machine named Echo. The group became responsible for a unique, atmospheric sound that has established strong fondness from listeners.

The Bunnymen are celebrating four decades since the release of their debut album with a UK tour starting in February. For the lovers of vinyl, their first four albums have recently been re-released in this format for the first time. With several dates sold out, the live shows are sure to be exciting displays of the band’s pioneering greatness. This paired with a strong dose of misty-eyed nostalgia among an extensive, often cult-like fan base.

The ‘Bunnyman’ and his Time Machine

Earlier this winter, I was able to talk to Will Sergeant to discuss everything in the works. The guitarist picked up the phone with a calm greeting. He then leapt into a tangent that ‘phones are all a bit shit’ and his could cut off imminently. Down to a genuine hatred of modern technology or simply a lighthearted offhand? Either way, this established an informal, friendly air that put me right at ease.

Sergeant recently returned from helping put together a film soundtrack for a friend in the US. Now, he lets me know that writing and promoting his book has taken up most of his time. Published last year, ‘Bunnyman’ reflects on the journey of the post-punks from the band’s humble birth to global fame. Sergeant describes the writing process as ‘going back in a time machine’, visualising the situations and places forming the detailed collage of his past. Writing a memoir requires a huge amount of reminiscing, but as a musician, world building is something he’s undeniably already got the hang of. ‘I never thought I had it in me!’, laughs the guitarist and we should be grateful he proved himself wrong. Generously sharing with us an intimate and profound insight into the band’s history.

As book-writing and soundtrack-making abound, Sergeant tells me he’s not been able to listen to much music, new or old. I began to feel deflated not being able to delve into my favourite topic; the new music scene. However, he quickly added he enjoys Sleaford Mods and Fontaines D.C., both reminding him of his sneering, arrogant 80s attitude. Two of my all-time-favourites, I’m pleased to announce: I share the taste of a legendary musician. One who definitely knows his stuff!

The familiar dialogue surrounding how much we have all missed live music over the past two years is admittedly a wearing one, with any mention of lockdown now tedious and dull. Before the topic is able to trespass our conversation, we move onto discussing venues. Sergeant reminisces about early gigs at the Royal Court, as ‘always the best gig in Liverpool for a live band’. Although, unfortunately, it doesn’t exist in the same way anymore.

His preference for a space that allows ‘everyone to go nuts’ in a sweaty crowd is an insight to the energy encouraged at their shows, the unbeatable feeling of togetherness. Maybe some advice would be to catch their live show at a not-so-genteel standing venue for the full experience! However, it really isn’t necessary to rely on external factors when the music will always hold up.

There’s no doubt this is a band you want to see live. Whilst music fans scramble for tickets and look forward to an evening of immersion in magical music, it is interesting to consider how the architects themselves find the experience. The cliche thought that musicians who have been around since the 80s are bored of their back catalogue is an uncomfortable one. The relationship between the stage and the crowd has the power to determine the feeling of live performance: whether that gap is bridged, or the audience is pushed away from the performers who want no emotional involvement. Chatting to Will Sergeant and witnessing his genuine levelheadedness, I get the impression that he is more interested in the former option of building a connection with listeners.

‘I really like the crowd enjoying what you’re doing, cus that’s why you’re there. Without them, you wouldn’t be anywhere’. This humble appreciation for those who have supported and allowed the success of the band is refreshing. ‘I’ll never get sick of playing the Killing Moon because the crowd love it and it’s an energy that comes back to you’. This is a band focused on bridging the gap, creating a shared experience and energy. He reflects on times he’s seen a band to hear their music, which they’ve then refused to play because they’re bored of it. In this instance, Sergeant voices what most people would think in that situation: that they need to grow up.

The Recipe for Success? Do Your own Thing.

Our conversation draws to an end. I decide to make the most of the opportunity and squeeze out some invaluable advice. Fearing I may be banned from placing any more ads online, desperately begging people to start a band with me, I ask what guidance Sergeant might have for starting a musical career. His candid response, ‘do your own thing’, holds weight when it comes from someone the technique worked pretty well for. ‘I never sat around learning to play Smoke on the Water or Stairway to Heaven or anything, I just tried to do my own stuff’. ‘I don’t play in a normal way, ya know I never had any lessons’. Although, he quipped, ‘It’s probably not the correct route’. There we go: living proof that following the so-called correct pathway doesn’t always lead you in the direction of success.

Sergeant follows this by explaining how it is still important to be influenced by bands. ‘I really loved Tom Verlaine from Television’ because of the music’s ‘real intensity’ and style of guitar solos which influenced his own playing a lot. He reflects on how it feels to be jamming and falling on something that reminds him of a band he’s inspired by. ‘It’s like a little line direct to them, a sort of ethereal linkage – I don’t think I quite understand it myself’. This tribute to other music and artists just adds to what I’ve witnessed as the guitarist’s wise nature, possessing the sort of gratitude and down-to-earth character that is rarely seen alongside a position of high status in the music industry.