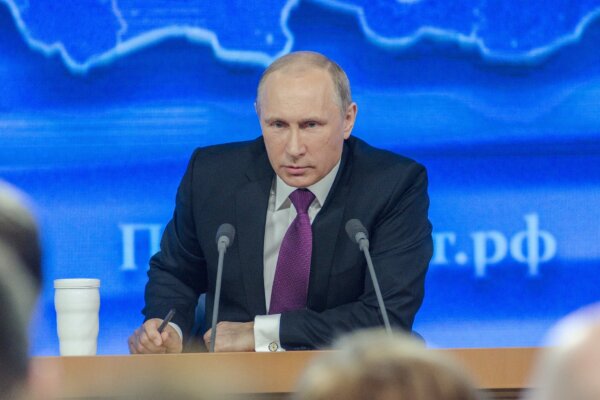 Russian Invasion Imminent: What is Really Going on in Ukraine?

It’s a new year, but the same old Russia. The Russian government has deployed an estimated 130,000 troops close to the Ukrainian border. A potential invasion force, equipped with armour, heavy weaponry and logistical and medical support units in tow. The build-up extends to Ukraine’s northern and southern borders, with Russian troops deployed to Belarus, Crimea and the Black Sea. Unsurprisingly, Russia’s movements have spooked Nato leaders, and fears of an invasion are rising. President Biden already implied that he thinks Putin will invade Ukraine.

Concern about Russia’s activities began in October when Western analysts discovered irregular troop movements in Russia using commercial satellites and social media. To date, Russia has amassed the largest concentration of firepower in Europe since the end of the Cold War; however, the Kremlin denies planning an invasion.

Putin is trying his luck. US ‘global leadership’ has faltered in recent years, first with Trump and now Biden – How many refugees are still waiting to be evacuated from Afghanistan? Western nations are also preoccupied with domestic issues: the US is struggling with issues of democracy and civil rights while we’re still trying to get Brexit done here in the UK. And many Western nations are shifting their foreign policy strategy to counter the rise of China. A distracted West offers President Putin the opportunity to grab power.

Russia’s motives go beyond mere opportunism. The Czech Republic, Hungary and Poland became Nato members in 1999. Bulgaria, Estonia, Latvia, Lithuania, Romania, Slovakia and Slovenia followed in 2004. Albania and Croatia in 2009, Montenegro in 2017 and North Macedonia in 2020. The Russian government has been concerned about Nato’s expansion for years, and Ukraine (not a Nato member) is quickly becoming more aligned with the West. Putin is using the crisis he has built around Ukraine’s borders as leverage against Nato. The Russian government issued a set of demands in December. If accepted, Nato’s presence in countries close to Russian borders would be severely limited (effectively reducing Nato to its 1997 borders).

Putin could invade tomorrow, and there is little that Ukraine’s armed forces could do to stop him; Russian forces could take the Donetsk and Luhansk regions and establish a land bridge to Crimea by seizing the territory along the Sea of Azov. They may even attempt a larger-scale attack across the whole country. In response, Nato would impose severe sanctions intended to cripple the Russian economy but would not fight for Ukraine.

News headlines are full of speculation about whether Putin will invade Ukraine. Some say he will, while others say he won’t. It can be overwhelming if you follow along too closely; however, the truth is that nobody knows what Putin is going to do next. For Ukrainian soldiers like Lieutenant Alexander Tymoshuk, little has changed despite Putin’s efforts. Deep in a trench on the Ukrainian frontline, he is fighting the same pro-Russian separatist enemy that his compatriots have been fighting for the last eight years. “Our task is to stand here and not let anybody through, not let anyone take our land,” he tells the Guardian reporter sent to interview him.