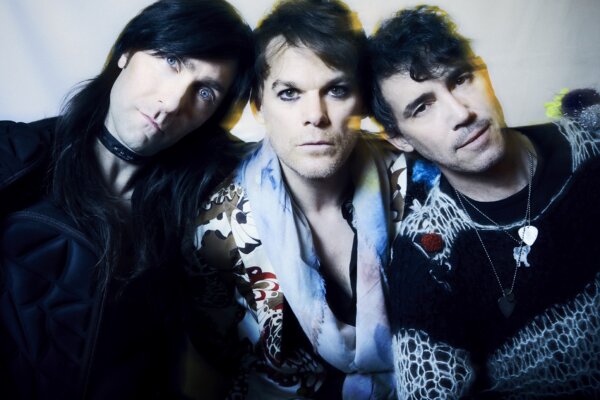 A heavy atmosphere grips a crowd simmering in anticipation. Small but expectant, you can tell the crowd around you is ecstatic to hear a band that has garnered a loyal fanbase.

And Princess Goes to the Butterfly Museum did not disappoint. Lead by vocalist Michael C. Hall, better known for his role as Dexter Morgan in the acclaimed series ‘Dexter’, the band displayed a flair for the theatrical. With this, music saturated with heavy tech elements and a style akin to Bowie.

Before the band was support in the form of Liverpool resident local, Beija Flo. From the outset how her performance was a natural complement to the band’s near-mystic vibe and visceral sound. The singer’s style infused melancholy and comedy, drawing on darker themes that which juxtaposed her cheeky quips to the audience between songs. This was most apparent in the song ‘Merseyrail Blues’, where a slow tone and flirtatious lyrics were replaced by a shift to a heavier and angrier sound. The inspiration? Her sorrow at being broken up with at, you guessed it, a train station.

In the twenty minutes or so before Princess Goes to the Butterfly Museum, the excitement was palpable. Most people seemed to be either fans of the band or fans of Michael C. Hall’s acting work. I expect many were both. With little experience of the band myself, I was struck at first by the energetic, high-octane sound that immediately set the pace for the rest of this performance. The keyboardist, Matt Katz-Bohen, had previously worked on tour with Blondie…and it showed.

From the opening riff a wave of eighties nostalgia washed over the crowd, driven by the use of heavy synth and electronic sounds. This was coupled with frantic drums from the final member, Peter Yanowitz, whose tempo exacerbated the bass present throughout. A hand has to be given here to the technicians at 24 Kitchen Street, whose lighting co-ordinated with the band’s constant crescendos and heavy drops. This also added to the peculiarity they exuded in both their sound and attire (Hall wearing a top with what seemed to be various constellations on it).

Fittingly, the band went on to perform a cover of ‘Cruel World’ by Phantogram, a song opening with the same flute sounds in The Beatles’ classic ‘Strawberry Fields Forever’. Hall’s experience on Broadway leant itself here in the form of his immense vocal range that was able to drop low and then ascend higher and higher. The sound around him gathering momentum and intensity as it did so. In the end, Hall and the band finished on a high note, literally, with their single ‘Come Talk to Me’.

By the noise in the audience, I’m sure they wish they could have.