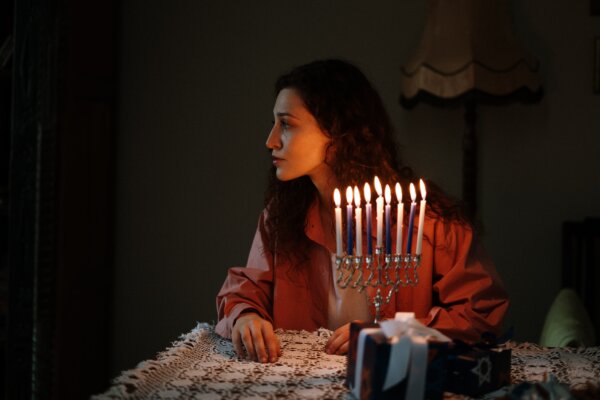 Today is the final day of the Jewish festival of Chanukah. You may have seen posts and stories on your Insta over the past week of people lighting candles or gathering to eat together and wondered what they were celebrating. I got in touch with members of the Jewish Community to ask about the event. I found out what it means to them, how they celebrate and how they maintain Jewish culture on campus.

What is Chanukah Celebrating?

Chanukah, or Hanukkah, lasts for 8 days, starting on the 25th day of Kislev in the Hebrew calendar. This means it is usually around late November to late December.

Miles Tragen is a third year Marketing student. He gave me his knowledge of the celebration’s conception.

In 1,000 BC, Jews turn up in Israel with Moses. We have King David and King Solomon, we build a big temple. Babylonians come and destroy the temple but the Persians turn up and we quite liked them. They got rid of the Babylonians and let us build a second temple, which was pretty nice of them. But then the Greeks came and they weren’t great for us and that’s why this whole holiday is about.

The Greeks ransacked our temple but didn’t destroy it, they made it very difficult to be Jewish at that point. These guys called the Maccabees, legends, are Jewish warriors. They beat the Greeks, which is really impressive because it’s the whole Greek empire, right? So Israel becomes Jewish again, it’s not Greek, it’s not Persian, it’s not Babylonian, it’s just Jewish.

We have an everlasting light which is on in any synagogue or temple, which is usually a lightbulb. At that point, they used oil. So they went back to the temple and are like, ‘okay, the Greeks are gone and we’re back in business, let’s see how much oil we’ve got’. There’s only enough for that one day, to light the candle which is always meant to be lit. The oil lasted for eight days and that was a miracle.

The festival is also known as the Festival of Lights because of it synonymity with the Menorah being lit.

There was a public menorah lighting held at the university, outside the Guild of Students building, on Thursday 2nd December.

It meant a lot that we could use a nice big menorah in public, especially considering this holiday started by people trying to stop Jews practicing their religion on pain of death and celebrates freedom triumphing over tyranny.

The event had a great turnout, and it really means a lot that the Pro Vice Chancellor came, as well as the Chief of Merseyside Police and Professor Solomon, amongst other faculty.

How is Chanukah Celebrated?

There is also an emphasis on food, people come together in celebration and eat lots of oily food in recognition of the oil-based miracle.

It is also customary to spin the dreidel after lighting the candles. The dreidel is inscribed with an abbreviation of, “a great miracle happened there”, referring to the temple. The abbreviation also holds the rules of the gambling game.

You spin the dreidel, which is like a little spinning top. I can spin one upside down, which is quite cool. We played with them when we were hiding from the Greeks.

Jason Gardner (Jewish name Manachem Mendel) is a first year student, studying Physics with Astrophysics, who has been in Liverpool for three years.

My favourite thing about Chanukah, definitely the fried food, donuts, latkes – it’s traditional to have fried foods on Chanukah and those are my favourites. Presents are also really fun. 😁

I’ve celebrated it in a few ways, I light candles at home and I go to shaul for the special service. Like most Jewish holidays, it really brings people together. So I attended the public menorah lighting and it was great to meet many first year Jews in person for the first time.

For me, it’s really about the human aspect, online or in person, talking about hope and light, eating good food and celebrating with other students is great.

Rachel Cohen is a Canadian, living in London to work with the Faith and Belief Forum on the ParliaMentors programme (for which she is the University of Liverpool coach), to promote unity across faiths in the UK.

Hanukkah is important to me because of how it brings family together. Some holidays bring us together for one, or maybe two, really intense nights with lots of singing, eating, praying, and telling stories; but Hanukkah brings us together for 8 nights in a row to be with one another at the end of the day, light another candle, sing about miracles and heroism, eat some delicious sufganiyot (jelly donuts) and enjoy the warm light together.

This year I’m away from my family in Canada, but it’s been nice to see how families and communities here have the very same warm feeling when celebrating the holiday.

Jason is the Secretary of the Jewish Society (JSOC) at University of Liverpool.

It’s important because I like to be able to play an active role in the society and contribute ideas, it’s really fun to find out what everyone is planning and contribute your own ideas to it.

He told me a bit more about the society and its function.

JSOC is a great society to be a part of, first and foremost it connects Jews with each other and stops them possibly feeling alone, which is really important when there are so few of us. 😅

It certainly helps to keep Jews safe and those that are more religious can get help with managing work around Jewish holidays or Friday nights etc.

Then there’s helping to celebrate holidays. Just like every other society, we organise fun events like the eight pubs of Chanukah or big annual Friday night dinner. With the help of the fantastic on campus Rabbi Natan and the Chabad Rabbi Shmuli, we have about three/four things Jews can do each week, which we are really proud of.

It supports student mental health knowing that there are people you can rely on and that you will definitely make friends, as you all have something in common.

Started near Sefton Park in 2010, the Chabad of Liverpool Universities acts as a home away from home, supporting students through every part of their life, either inclusive of Judaism or not. Shmuli Brown is the Chabad Rabbi, acting as a religious mentor and surrogate father away from home to Jewish students. Some students have said they wouldn’t have got through uni without the support, as there is only one kosher store and a very small Jewish population in Liverpool.

They gather for holidays, volunteering and educational classes. On Friday nights, they celebrate Shabbat and these dinners are entirely free. If students are sick they send them chicken soup, Shmuli added, “we call it Jewish penicillin”. Shmuli goes above and beyond to meet the needs of students, also offering counselling, marriage support and alumni support, keeping in touch with people after they graduate and welcoming them at future events.

We are in touch with students parents, they let us know any information about their kids that we may need to know to help them, we act as their parents away from home and operate as a family. We never close our doors and I’m here 24/7, there have been countless situations at 2 or 3am.

Cover photo by cottonbro from Pexels