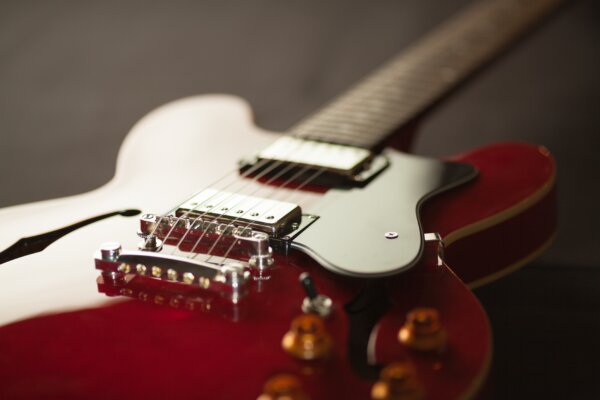 Back in 2012, Taylor Swift challenged the typical constraints of her genre and released the country-pop album Red, cementing her status as an industry icon as opposed to a passing fad. Initially described by Swift as a “patchwork quilt of different sounds and different emotions,” the album explores the polarity of relationships through the lens of the colour red. This is a colour that can signify passion, or anger, or love. It is within this album that hits like “We Are Never Ever Getting Back Together” and “I Knew You Were Trouble” secured her international success whilst “22” secured every 21 year old an Insta-worthy caption for their next birthday post. Nine years later, Swift returns with a fresh interpretation of the Grammy-nominated album with Red (Taylor’s Version).

But First, Why Does Swift Want to ‘Begin Again’ with the Re-Record?

In a nutshell, Swift is seeking ownership of her art. After leaving Big Machine Records in 2018, it was revealed that she didn’t own her masters. Instead of being offered to purchase them, she was to ‘earn’ them back, one for each new album that she gave the label. In response to this underhanded move, she has set out to re-record — and in turn own — her first six studio albums alongside some singles. Red (Taylor’s Version) is the second of six to be released after Fearless (Taylor’s Version) in April 2021.

Red (Taylor’s Version) : ‘Nothing New’ or ‘Everything Has Changed?’

Swift has always been an album artist, which is an incredible feat in an era of fast-burning singles and streaming. Perhaps that is why it is so impressive that Red (Taylor’s Version) entirely defies the conventions of what an album should be in favour of being an ode to the unapologetic messiness of heartbreak and a love letter to her loyal fans. It is full of deep cuts, signature Swift storytelling and has a song for everyone.

With an additional ten tracks — nine of which are ‘from the vault’ — the album clocks an impressive runtime of two hours and eleven minutes. Her casual disregard for the traditional album structure and any clear sense of sonic cohesion is notably reflective of the same emotions being expressed in her self-penned lyrics. It is apparent with an album like this that Taylor Swift simply doesn’t care if her work isn’t palatable for the more supercilious critics or those who are ardent believers in formulaic music making — and she’s at such a level that she doesn’t need to care. Although, that isn’t to say this is not an artfully crafted album. Carefully curated collaborations and cutting lyrics alike, there is no doubt that Red (Taylor’s Version) is an intense labour of love.

For devoted fans of Swift, or even the casual listener, the album is a welcomed blast of nostalgia and a transportive body of work. “State of Grace” remains a strong opening track with the throbbing drumbeats and howling guitars catapulting the listener headfirst into the melodrama of a coming-of-age romance whilst the newfound intimacy of the melancholic “Treacherous” is possibly more mesmerising this time around with Swift’s echoey vocals. It’s certainly an immersive experience and it’s one that hinges on the relatability of romance — the dreamy, the daunting and the doomed. These notions are carried forward by the evocative imagery of her lyrics with the likes of “All Too Well” serving as a poignant reminder that Swift is a songwriter before anything else. It is no wonder this track is a fan favorite with powerhouse lyrics such as “You call me up again just to break me like a promise/So casually cruel in the name of being honest” sounding sharper than before with the sting of age and her more mature voice.

Further on in the album, the subtle rock edge of “Holy Ground” reminisces on a past relationship with an unexpected fondness whereas the upbeat and synth-ridden “Starlight” induces euphoria and a desire to dance, counteracting the angst of more subdued ballads like “Sad Beautiful Tragic.’” Above all, this is an album of duality and, rare as it is, there is no weak link because the tracklist is designed in such a way that each song is an integral part of the rollercoaster ride that is Red. Slightly less starry-eyed than she was at 23, the experience and wisdom of Swift at 31 contributes a fresh layer of emotional complexity to the arrangements and elevates Red (Taylor’s Version) from a relic of 2012 to a quintessential adolescent benchmark.

In terms of new tracks, two of them might already be familiar to any avid country fans. Although written by Swift, both “Better Man” and “Babe” have already been released by Little Big Town and Sugarland, respectively. That being said, it is still interesting to hear how the songs were originally intended to be performed. Her version of “Babe” is considerably less country than Sugarland’s with the production being more of a fanfare this time around. “Forever Winter” and “The Very First Night” are standouts from the vault. Both of these feel very polished — even if the latter feels more befitting of 1989, alongside “Message in a Bottle,” due its infectious bubblegum pop sound. “Run” is also of note with the Swift-Sweeran partnership proving to be pure magic yet again. Reliant on heavenly harmonies and whispered promises, “Run” is the quiet calm breaking through amongst the turbulence of the album.

In contrast to these masterful tunes, songs like “I Bet You Think About Me” and “All Too Well (Ten Minute Version)” are less meticulous. “I Bet You Think About Me” attempts to remind us of Swift’s humble roots, which should be taken with a pinch of salt, but it does deliver with scathing lines like “I bet you think about me when you say ‘Oh my god, she’s insane, she wrote a song about me’” showing the best of a woman owning the narrative others have created around her. As for “All Too Well (Ten Minute Version),” the inclusion is a sweet nod to the longtime fans. However, it is undeniable that cutting it down was the right choice with this slightly more stripped back version sacrificing the original’s electrifying musicality for a more vivid narrative.

“Better Man” and “Babe” aren’t the only familiar tracks though. Now finding its new home in Red (Taylor’s Version), “Ronan” was initially a charity single about four-year-old Ronan Thompson who died in 2011 of neuroblastoma. Maya Thompson, his mother, is credited as a co-writer and still writes on her blog ‘Rockstar Ronan’. Although far from an outlier on an album where the focal point is loss, it is by far one of the hardest songs to listen to, especially without shedding a tear. Supported by gentle piano and hushed electric guitar riffs, the tenderness in which it is sung appropriately continues the legacy of Ronan.

On the whole, Swift strikes the delicate balance of new and old with the ease of someone who knows her craft and knows it well. In many ways, this is her second take on her twenties, but the emotional integrity of the original is never compromised. Rife with insecurities as she ponders over some maudlin strings “Lord, what will become of me once I’ve lost my novelty?” in “Nothing New” and full of cautious hope for a second chance at romance in “Begin Again,” the album is somehow both a time capsule from 2012 and an unearthed treasure chest from 2021. All throughout, Swift grapples with being emotional and bitter and naive and all these things that women are often told they shouldn’t be and she embraces these facets of her personality with the grace of someone who has survived the worst of the world and the media.

A lot may have changed in nine years, but it is here that Swift proves there is a timelessness to her records.

The ‘Message in a Bottle’ To Take Away

Admittedly, Red (Taylor’s Version) is a mammoth of an album, more so than the original. If it was by any artist but Swift, it might even walk the line of being excessive. However, there is no denying that there is a method to Swift’s madness and a sense of controlled chaos when exploring the spectrum of the colour red. In a satirical aside, Swift asks, “Who’s Taylor Swift anyway? Ew” in “22” and whilst the answer to this might have once seen her being pigeonholed as ‘America’s Sweetheart’, she is now rightfully revered as a savvy businesswoman and trailblazing artist.

Nothing is accidental with Swift and it is likely her fearlessness to push industry boundaries, to defend her vision, to speak up for artist rights, that has allowed her such a prosperous career. And there is certainly nothing accidental about her once again hitting gold with Red (Taylor’s Version).